Guys, I hate to post this, as radio calibration failures have been reported before, typically the problem was something simple such as reversing the pins (signal to gnd) or reversing the inputs/outputs. I have searched this forum and have found nothing that helps me.

I have successfully built, modified and flown three multicopters - two Parallax Elev-8 quads and a Tarot FY680 Pro hex; all use APM 2.6 flight controllers, so I'm pretty experienced at wiring up the APM and performing the calibrations.

My problem is with my Tarot hexcopter. I made some repairs which included replacing the APM, which I purchased from Amazon. The firmware download accel and compass calibrations all went smoothly, but when I tried to calibrate the radio I could not get any response from the green bars as I moved the sticks on the transmitter. The receiver lit up when I turned on the transmitter, so I know that it "sees" the transmitter.

I'm using Spektrum radios - DX7 transmitter, and AR8000 receiver. Here is a picture of my setup: 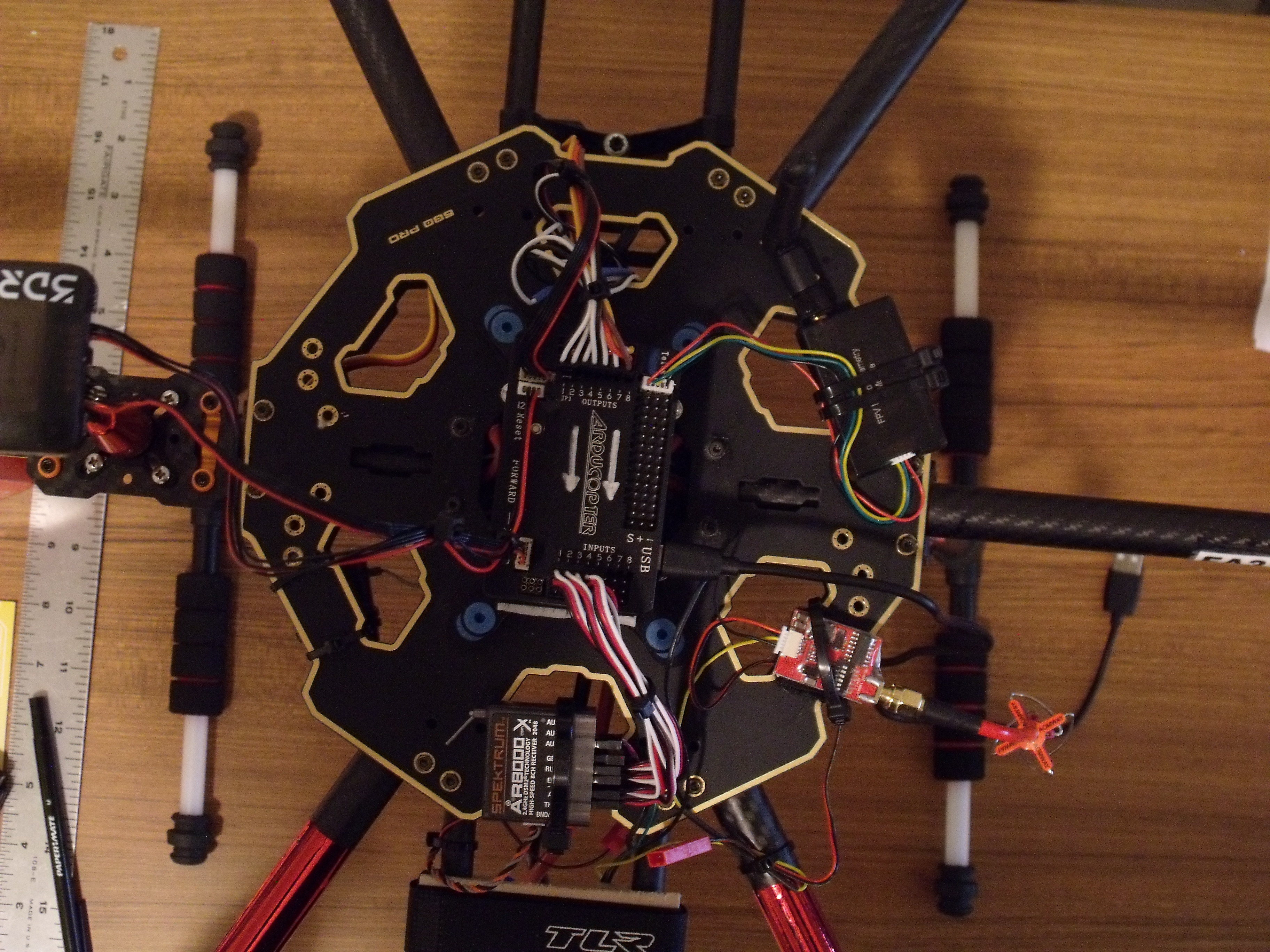 The previous APM had the pins on the side and I mistakenly bought one with the pins on the top, but I was careful to make sure that the signal and ground leads are correctly connected.

I'm beginning to suspect that I may have a bad APM, but I thought I'd solicit help from you folks before returning it. I may have overlooked something obvious...