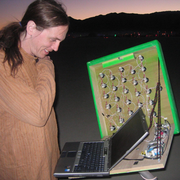 Sorry it has been a while for andropilot releases

It has been a couple of weeks so I thought I'd give an update...  I haven't made an Andropilot release in a while, but one will be coming out this week.  The reason for the delay is three part:

is there a possibility to set a POI in the waypoint list? this would be fine for photography missions !?!

I was wondering if it is possible to run the Andropilot ground station alongside a computer ground station. I have two 3DR ground side radios and one in the plane. I have tried setting them all to the same frequency without hopping and they all conne

Today I figured out a strange behavior in the Flight Mode information while reviewing the flight log at Mission Planner application.

# 1.4.14
* I broke waypoint editing in 1.4.12 - fixed
* Fix problem of not creating temp directories on some tablets
* Fix a couple of rare autobugs
* Sorry Rana: I still haven't figured out what causes UDP upload from the tablet to not work in mission p

Im really jazzed about this app.  It is so much better than lugging a computers to the field.

Im new to the forum and Andropilot so I apologize if this thread has been covered somewhere, it just can seem to find the information.

When the GPS is disconnected and the copter is sitting on level ground the artificial horizon appears stable.

Hi, thanks for this fantastic app.

new release - won't be working on andropilot for a few days

Going to help out on some rPi stuff and PX4 stuff for a little while.  It seems like andropilot is doing pretty okay for now.

# 1.4.12
* Clean up UI a bit (switch to holo-dark theme)
* Perform waypoint upload only based on user selection

Anyone know it can work with new Nexus 4 or 7?

I would like to setup a GCS with my Nexus 4 or 7 via bluetooth or USB adapter. Which USB adapter should I buy if using USB connection with 3D radio? Thanks a lot.

a quick release to fix follow-me/lead it