After our Christmas experiment of getting the E-flite Convergence flying autonomous missions with PX4 we’ve now gone one step further and implemented a rate controlled acrobatics mode in fixed-wing. This allows you to fly the Convergence in the same 2 modes which the original flight controller provides (Stabilized and Acro). In Acro mode (rate control, also known as gyro stabilization in classic RC) you benefit from unconstrained control over the aircraft but at the same time it will compensate external influences such as wind which gives you a truly flying on rails feeling!

Support will be available in PX4 soon (pending pull-request). For a short glimpse of what's possible check out the video on our news page: http://uaventure.com/2017/02/12/airrails-enables-fixed-wing-acrobatics/ 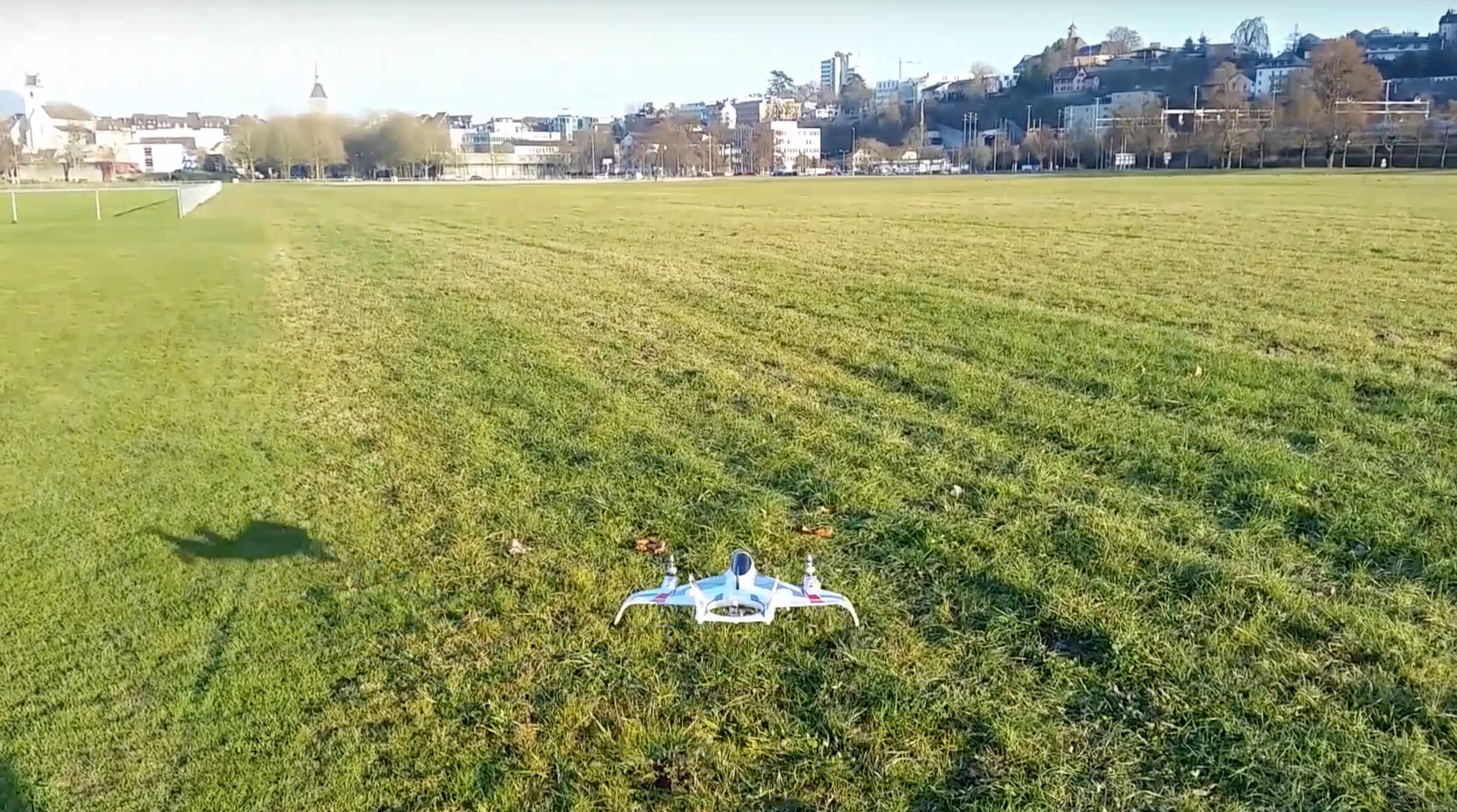 It’s amazing how many variations of hybrid VTOL systems are already out there, and it is even more amazing to see them fly with fully functional autopilots. The E-flite Convergence is a nice little tiltrotor and lots of fun to fly, BUT what if you lose track of it and just want to hit the return button? At UAVenture we specialize in hybrid VTOLs and are always looking for new vehicles to get flying fully autonomous so we put a Pixfalcon in it and installed PX4.

The versatility of the PX4 autopilot makes it possible to easily integrate it into any form of VTOL out there so it only took a few changes and a new mixer to make the Convergence fly (and a bored engineer over the holidays ;)).

For a video of the very first autonomous flight and links to the build log (including the pull-request to PX4) checkout http://uaventure.com/2016/12/30/the-tiltrotors-are-coming/