To put everybody in context, this is the very first idea that I had

in mind and since picture worth a thousand words, 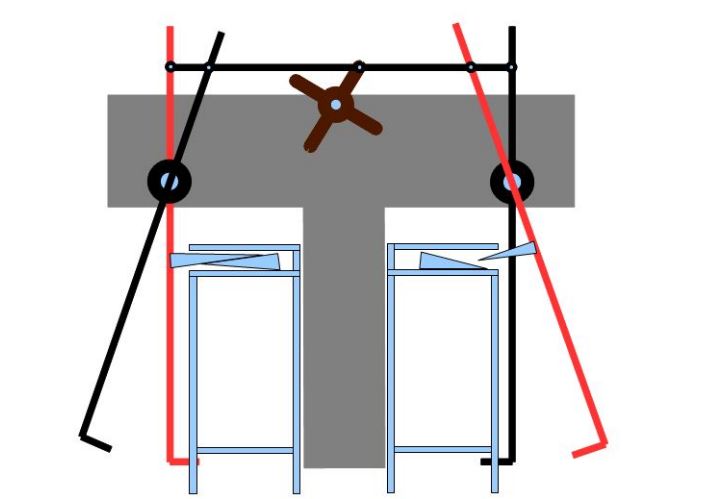 and some flip-flop action strategy mechanism.

positioning itself so that the SWAPPER does its job.

The last 10 inches are the most critical for mechanical final touch down alignment.

This is the first concept attempt to mechanically guide de VTOL in place. In this case, the legs are guided by the conical receptacles.

And then, the concept evolved to this: 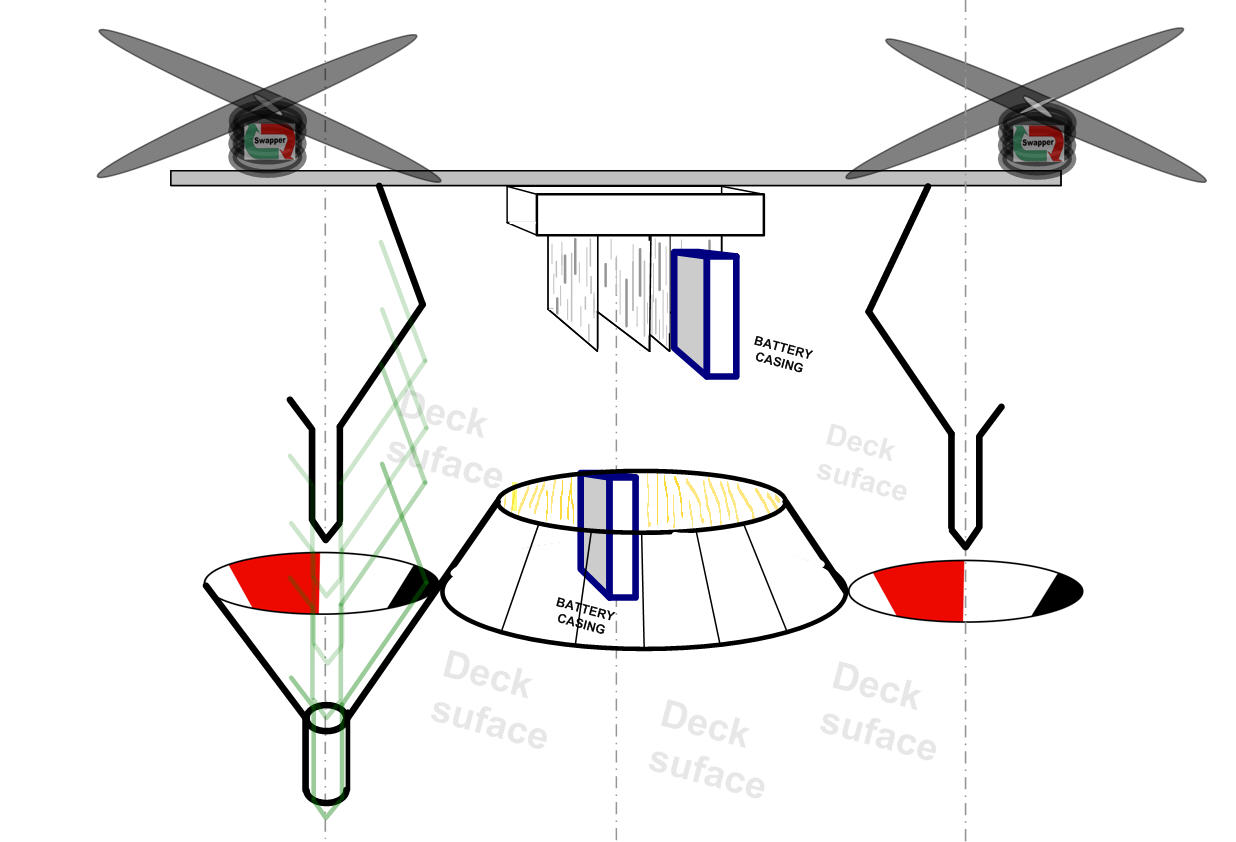 The awaiting charged battery is protected from

excessive VTOL derivation on the axes. The arrow show the derivation slop.

In fact this set up permit a YAW mechanical correction of 90 degrees.

I’am ending this first development report with what is coming next.

Getting some factual datas on this last 10 inches of

Some pictures of the testing material: The project officialy start after my first 8 months with DIY DRONES.

The chalenge is to design a integrated mechanic, electronic and communication system

The project development axes are:

1- VTOL on board Battery Swapper System

I thought I'd share this impressive new way to get in the air.

After waiting for so long (4 month), we finaly got a good deal on a vehicule that would permit experimentation.

We were looking for volume to accomodate the electronics and possible new hardware (FPV robot arm).

Will keep you posted