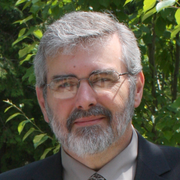 I've heard that digital servos can draw a lot more current than similarly sized analog servos, but that they provide much tighter control. Is there an issue u

Are the gimbal ports (A10 and A11) powered from the inoutmrailmor the output rail? I'm asking because I want to power the APM2 with a separate battery on the input rail (through a 5v BEC) and I'm worried that the camera servos might cause a brown-out

I new in this hobby and I am confused about a few things (ok, many things).

The Wiki says that to calibrate the ESC's, I should have my transmitter endpoints set to +100%/-100%. In the radio calibration section of Mission Planner, it talks a

I received my APM2 on Friday and I am having an issue with it. Since this board was bought for a new build rather than an existing copter, I have no way of testing it apart from using Mission Planner connected via USB.