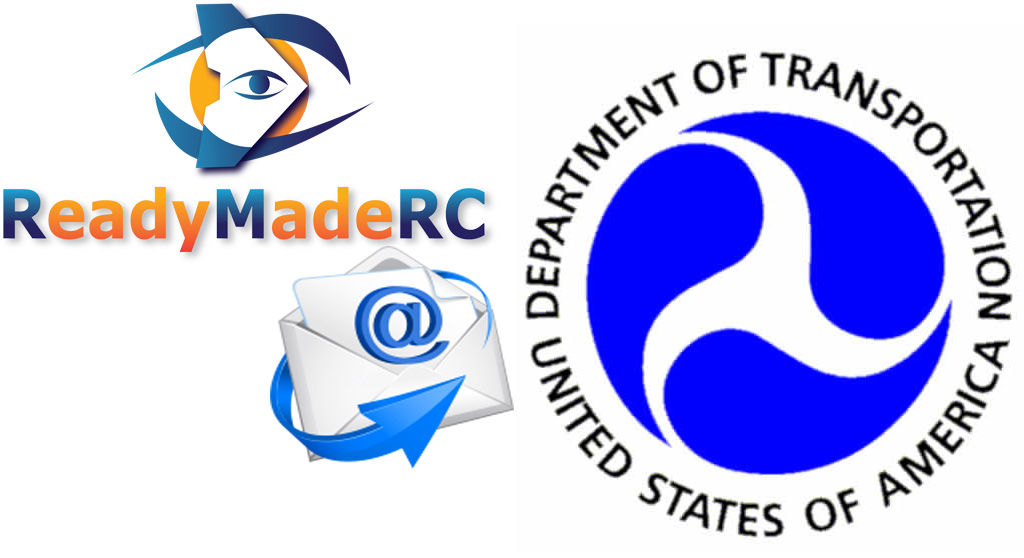 "November 2, 2015 - As many in the US are aware, the FAA and DOT are considering requiring registration of some sUAS and have created a task force to help develop that process.

The DOT and FAA have asked for public input on the issue and have identified 10 specific questions in the document titled "Clarification of the Applicability of Aircraft Registration Requirements for Unmanned Aircraft Systems (UAS) and Request for Information Regarding Electronic Registration for UAS" that can be found at www.regulations.gov/#!docketDetail;D=FAA-2015-4378.

It is our opinion that the rush to create these new rules violates the existing procedures for enacting new rules and also goes against the law set forth in the FAA Modernization and Reform Act of 2012 (Public Law 112-95). That statute included Section 336, “a special rule for model aircraft.”  This provision was specifically included to protect the model aircraft hobby and industry from any over-reaching and onerous regulation that might be created in the future by the FAA as the FAA set out to create new rules for large commercial unmanned aircraft.  The law exempts recreational model aircraft from any new regulation, instead preserving for our communities their existing historical role of offering safety guidance, pilot instruction, flying site establishment, and event supervision, while preserving the FAA’s limited taxpayer resources for other important regulatory functions.

In our opinion, the FAA and DOT are making new rules while trying to justify them both by saying they are “interpreting” existing rules and by claiming that they are justified under the language of the 2012 law stating that “Nothing in this section shall be construed to limit the authority of the Administrator to pursue enforcement action against persons operating model aircraft who endanger the safety of the national airspace system.” It is our opinion that the current rulemaking attempt of the FAA and DOT specifically violates the FAA Modernization and Reform Act of 2012 by applying new rules not previously required for model aircraft or an aircraft being developed as a model aircraft.

That said, and outside of any legal proceeding to verify our opinion, we feel it is in the best interest of our customers to review the questions and offer comments. It is our opinion that the government website used to allow the submission of comments is limited and cumbersome in its implementation, but we have offered a few suggested comments below that you as our customers are welcome to use as a guideline for your submissions. We suggest you offer your own civil and productive comments as well. We believe model aircraft can be operated safely in the US airspace by enforcing rules already in place. If you use our replies below, you will probably have to save your comments as a document and upload the document to the web site.

Responses must be submitted by November 6, 2015 to be officially considered by the DOT and FAA."....

Let me just state that  I respect Daren his work and contribution to hack and IT community and that this comment isn't directed in any way against him or his work.

Just a month ago while watching one of the Daren's videos I noticed DJI Phantom sitting on his desk and I couldn't wait to see how its going to be used. Than last week I got a chance to see what was cooking in his kitchen.

While drone hacking was mentioned few times here I founded Daren's approach very simplistic and easy to understand. Like always his lingo is easy to follow and his proof of concepts are easy to replicate. He is using WiFi device from his own sore but it can be achieved with almost any  WiFi enabled smart phone and telnet app. People at Parrot didn't bother protecting WiFi link and they made it easy to access flight computer on board their parrot drone. As this can inspire some comments and ideas about security I would like to point out to two moments on his videos, first at 07:25 on his first video and second one at 15:17 on second video. While WiFi hijacking and hacking on board computer is quite interesting I founded amazing that nobody didn't get hurt during filming this episode. They could just simply cut "embarrassing" parts in post production but they decided to keep it and in video comments Daren stated "I was flying irresponsibly for fun and hit a wall. No damage. Not recommended." It seems that we are learning from our mistakes but unfortunately this is after the fact that we damage something or hurt someone.

I think that we as community, and as responsible drone operators have obligation to point out to all potential hazards that can arise from operating such remote controlled vehicles. I strongly believe that showing graphic images in warning section is the way to go. As we have more and more ready to fly drones available we will have more and more people using them and we will most likely have more and more accidents. Usually people see nice online videos made by seasoned pro's and think I'll get one and do the same thing. Little they know that its not that easy and most important that isn't that safe. Best case scenario they crash in to the wall or drop from 12 stories high on to the pavement brake their new toy and loose interest.

But if they have to see pictures of potential danger and injuries before they can make a purchase instead of just reading (flying thru) safety warnings they would take it more seriously?

Some of the pictures that by my opinion should be included in every safety warning, printed or online. Look at it as warning on pack of cigarettes just more graphic. Would that cut into sales? probably, would that help us as community in long run? most definitely yes. It all comes to personal perception of safety and responsibility but we are just making a little extra effort to explain to the future users to take safety more serious.