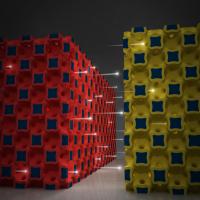 Researchers at the University of Illinois at Urbana-Champaign developed new microbatteries out-powering even the best supercapacitors. These could drive new applications in radio communications and compact electronics, such as drones - the batteries are rechargeable and can charge 1,000 times faster than competing technologies!

"Any kind of electronic device is limited by the size of the battery – until now. We can reduce by a factor of 30 today's required size. Now we can think outside of the box. It's a new enabling technology. It's not a progressive improvement over previous technologies; it breaks the normal paradigms of energy sources. It's allowing us to do different, new things."

Exciting for us: in a near future, we could have 30 times the range for our drones in the same package, with ultra fast recharging times.

The National Science Foundation and the Air Force Office of Scientific Research supported this work. 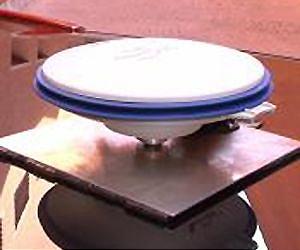 "Researchers at Universidad Carlos III de Madrid (UC3M) have developed a new system which improves the ability of a GPS to determine a vehicle's position as compared to that of conventional GPS devices by up to 90 percent, and which can be installed in any vehicle at a very low cost.

The system, which is based on sensorial fusion, was jointly designed and developed by the Applied Artificial Intelligence Group (GIAA - Grupo de Inteligencia Aplicada Artificial) and the Systems Intelligence Laboratory (LSI - Laboratorio de Sistemas Inteligentes) at UC3M. The prototype incorporates a conventional GPS signal with those of other sensors (accelerometers and gyroscopes) in order to reduce the margin of error in establishing a location."

Seems like magic, when it's not really and already out on Diydrones! Welcome to arducopter 2.9.2 :)

It's done. U.S President Obama did sign the bill for full integration of UAS into the national regulatory framework by Sept. 30, 2015. Small UAS (under 25kg) will be cleared to fly by mid-2014.

Read more on that matter on Diydrones:

Pretty impressive. Drawing board anyone?