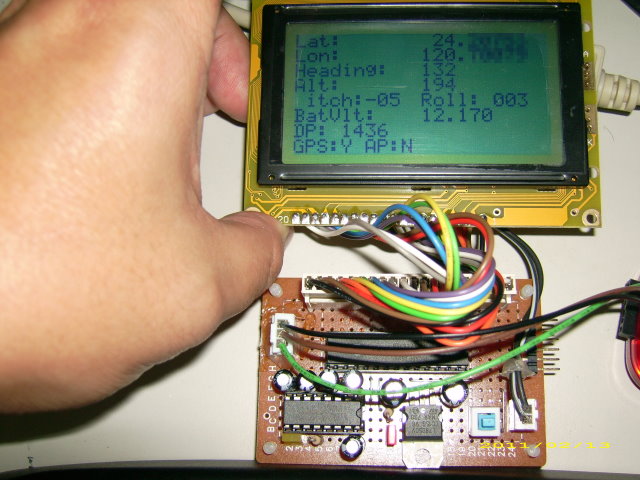 The flight controller had  crashed at 15th flight testing in Jan. 24. The plane hit the ground at 90 degrees.

After crash, the flight controller have been still ok. XD nice plane. Read more…
This week, I have used LabVIEW to develop the UAV monitor, and shown the map via google earth.
Initial design was embed the google earth in LabVIEW program. but I am not alway to watch the map.
It just be switched that I want show map. The testing plane is Cessna.
During the testing, the proportional gain need be modified via airspeed for fitting the wide airspeed. I had alos added small integral gain for neutral point and feedback derivative gain from gyro sensor to increase system damping. Until now, the plane filght well. 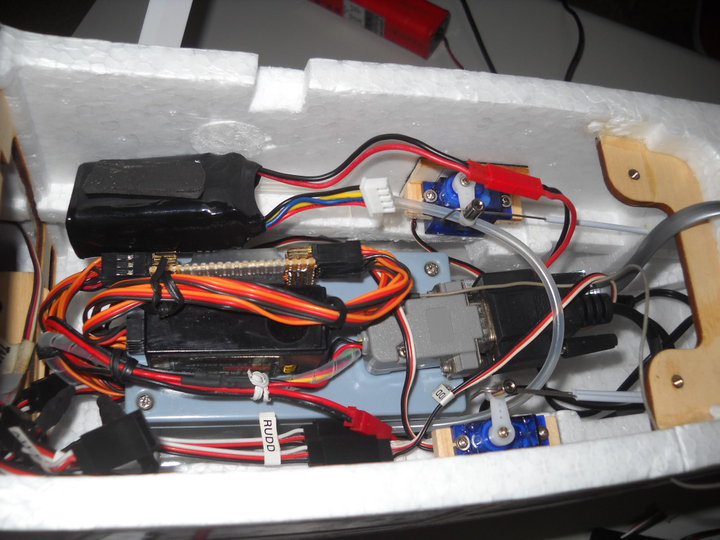 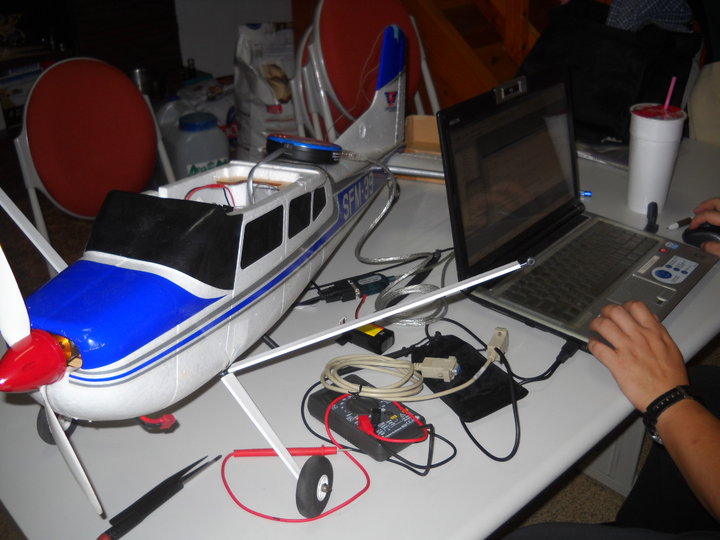 I hope can use this FCU on this plane ASAP .... Orz 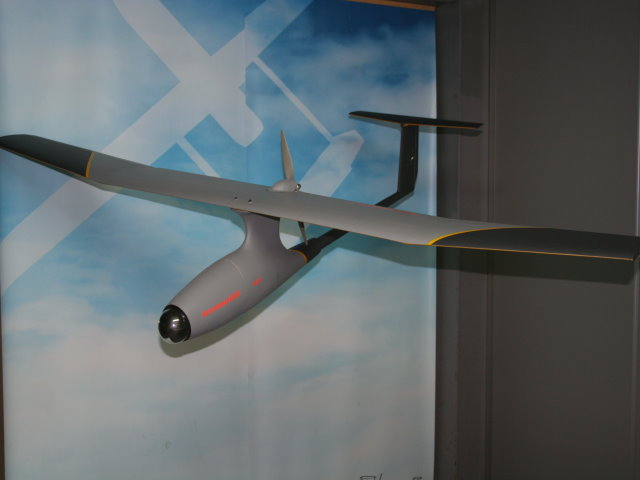 Although the sensor board not be modified for GPS and airspeed sensor. but I have tested the attitude estime via Kalman filter and RF datalink first. It's sad that I forgot take DV to record it. Orz

The RF made in Taiwan is stable and higher data rate that CL4790.(I have both). But It need specific command to sent data. It is not suitable for general purpose.
http://diydrones.ning.com/video/kalmanestimate-1 Read more…
I had got sensor board yesterday, and assembled it to FCB. It's disappointed that GPS can not receive the satellite signal. I think maybe SC-1513 GPS module's antenna layout is difference with MSTAR GPS modules.(I don't sure.XD). 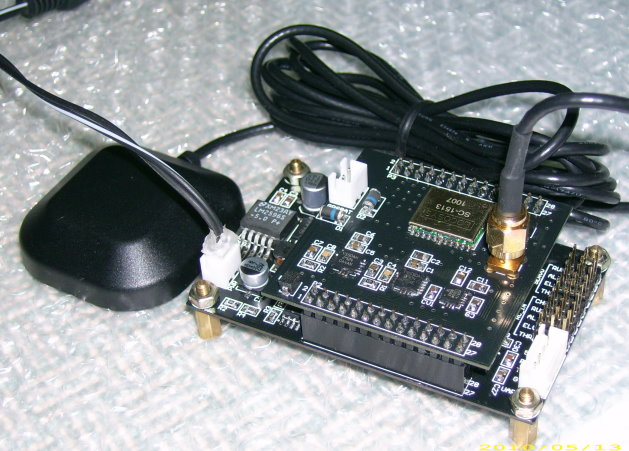 Read more…
Getting pcb yesterday, I have assembled it ASAP, and link it with REAL ICE.
This board comes with a dsPIC30F6015 CPU and just for control servo ,receive redio-in and RF datalink.
It can provide the RF moden power directly and driving 4 futaba 3003 servos in the same time.

The sensors and gps will be integrated as one board and connect with this via connector for using new components in the future. 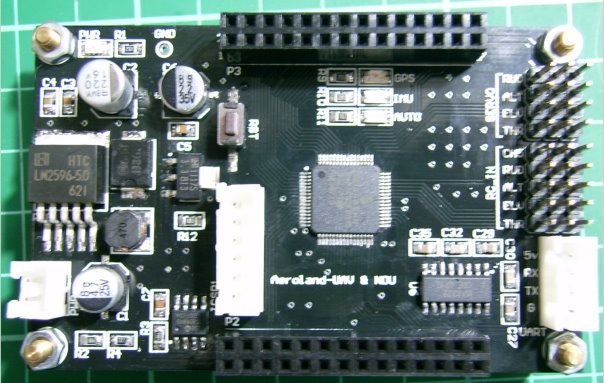 
Read more…
I had bought MStar GPS module for UAV Board. But the datasheet is not very clear for this one. So I have made a test board for test it. It is fast to get location when power on.(32 sec), but I confused the date of GPS is wrong. Although I just want the location, altitude, direction and speed information. XD 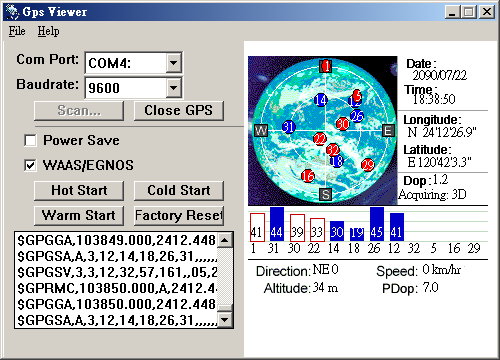 Read more…
We have shown the UAVs and it's HIL simulation environments in 2009 TADTE(Taipei Aerospace and Defense Technology Exhibition).[Old type for flight test and data collection] [Another type with video transmission function] 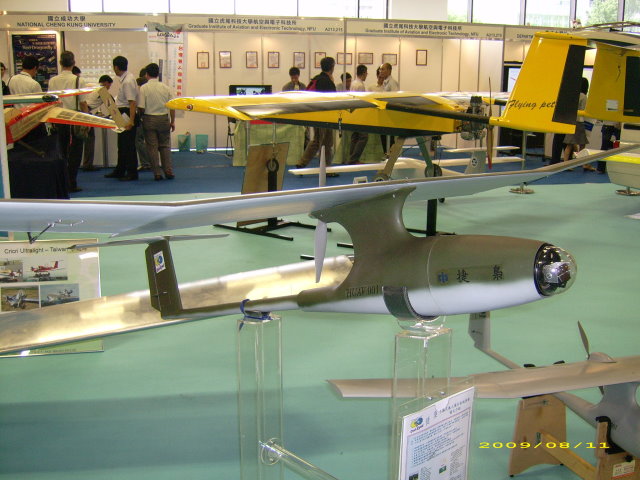 Right side of picture is aircraft hardware simulation. when it receive the UAV's filight data, it will generate the real electric signal include analog signals of gyro and accelerometer,gps signal...etc. via FPGA card, and output these signals to flight control board at middle of picture to replace original sensors. Flight control board output the RC motor control signals to FPGA board to control aircraft in X-Plane. 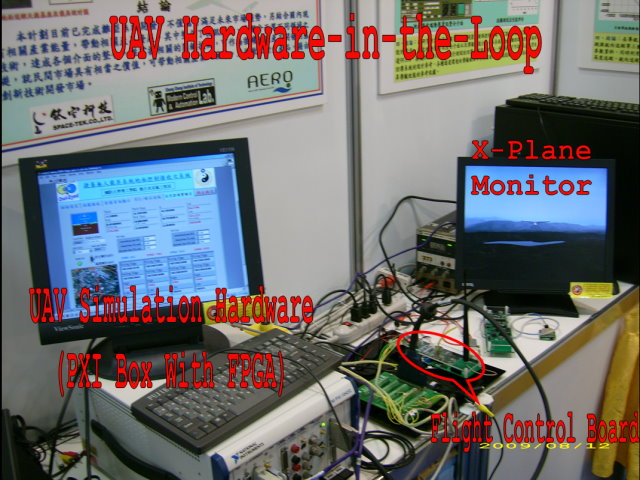 Read more…
It is just a concept from Labrador Retriever guide dog. I used a ducted fan to approach my ideal.There were some structure problem at first type (1st picture). It can fly, but not stable....Orz.So I had modified the designed and moved fulcrum to the center-up of ducted fan.(2nd picture). It can fly well by the controller.(3nd Picture) 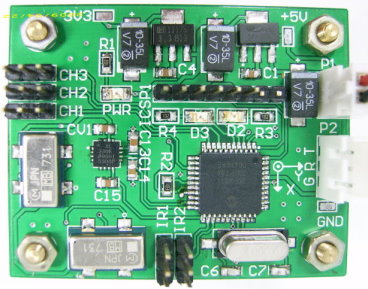 I put 2 IR sensors for obstacle avoidence. but I bought wrong type that can't provide enough sensing range....#$%^&*...Orz
Read more…
It is my RC aircraft, it have been under testing to approach lower power consuming and longer fight range.We have used 10000mA@14.1V battary. and hoped to fly over 90min in 10km range(With Datalink). XD My partner have used the "FMA Direct Co-Pilot" to stabilize the attitude of aircraft first and guidance via GPS. but the Co-Pilot easy beinterfere with environment and weather. so I have tried to replace Co-Pilot+GPS system by GPS/INS data fusing algorithm via PIC32 or dsPIC30F uC and IMU components.
Read more…
It is my UGV that has done only by myself.Front Camera for Road recognizing, LMS291 is for detect obstacle, IMU300 and DGPS are for navigation and attitude estimating. Solar cell is for RF system backup power. 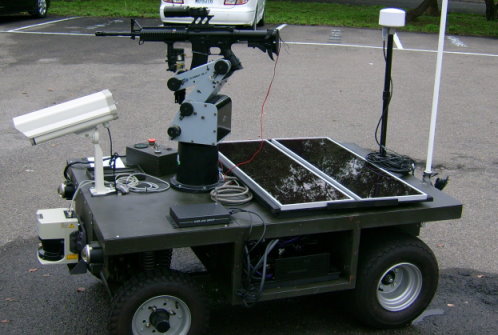 I have not completed yet. Just provide way point navigation, obstacle avoidance (only front). I have stored money to buy Laser Range finder and manufacture a real gun turret with vision target tracking.
Read more…