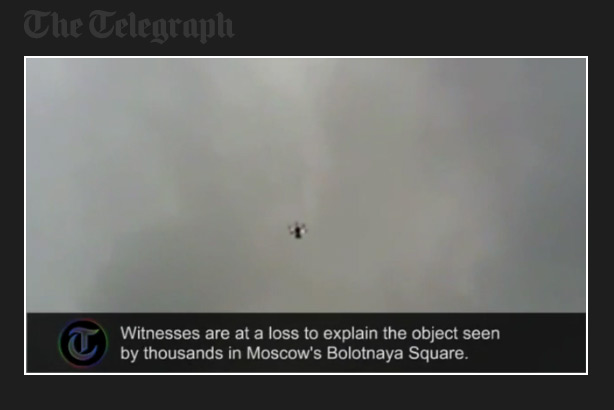 That is just too funny! A post from UK newspaper Telegraph has the title: Russian protesters film UFO over Moscow and show a video with a small hexcopter drone, that shoot video like this

"Clearly not a helicopter, the silent UFO pulsated coloured lights and had five extended tendrils or pylons emanating from the body of the vehicle.."

What do you think about that? It is similar in concept with the helicopters from the movie Avatar, it uses differential thrust and independent tilt for each rotor. It doesn't look very stable but this looks like a very primitive prototype. Maybe it has the potential for something quite cool.

Read more…
The now famous Flying Machine Arena from Swiss Federal Institute of Technology in Zurich (ETHZ) uploaded another video. This time they demonstrate the ability of the system to learn through practice. By using data from past experiments the quad is able to follow the exact trajectory given as a target, even if there are changes to the environment like the demonstration with the wind gust from the fan. For more information visit the website of Control of Distributed, Autonomous Systems lab.(via http://www.robotspodcast.com/news/
Read more…

Today DARPA will launch the second HTV2 that explores the 20mach region. It is launched aboard a Minotaur IV rocket and after re-entering Earth's atmosphere it glides until its destruction. At this altitude 20 mach translates to 13.000mph and DARPA states that the control system is one of the three key technical areas of the program (along with aerodynamics and heat management). The first flight was in April and after 9min communication was lost.

The video above shows a simulation of the complete flight (via robotpig.net )


You have to break some eggs to make omelet :P This video is a collection of fail quad manoeuvrings from GRASP Lab / University of Pennsylvania, via Automaton blog - IEEE Spectrum
Read more… 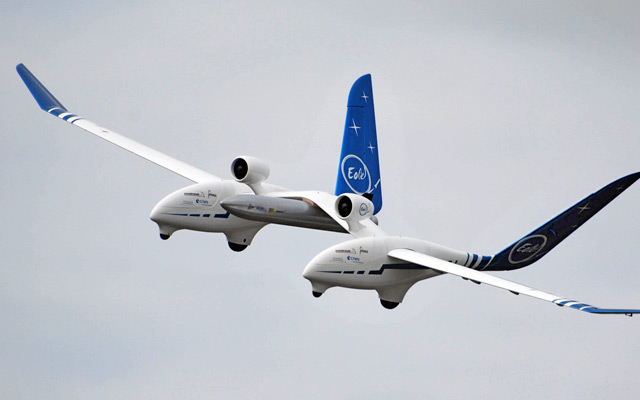 This is a scaled model for Eole, a french project under CNES on developing an unmanned aerial platform for launching rockets. This scaled model (1/2.2) is evaluating the flight dynamics and by next year rocket launches will take place in a specialized facility by the full version. It will be fully autonomous apart from the take-off and landing and it will operate within a 30km range. It looks like Scaled Composites White Knight 1 but it is much smaller.


This flying ball is invented by Sato Humiyuki and developed by the Japanese TRDI. It is very stable and robust. It has a single propeller and downstream control vanes. Maybe it cannot do advanced aerobatics like a quad but it is very simple and could be better at most applications, especially in urban environment or indoors.
More info at robots.net / robotspodcast.com/news/
Read more… 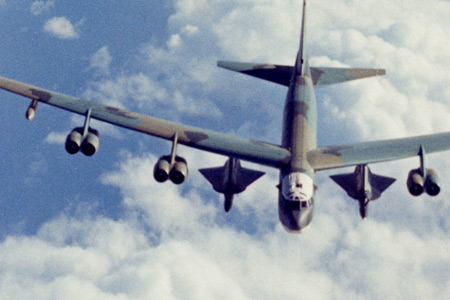 I just read a great post by Bill Sweetman on Aviation Week's Ares Blog about a publication of The Mitchell Institute over the history of UAVs in the US armed forces.

The author is Dr. Thomas P. Ehrhard and although I haven't finished reading it yet it certainly is very interesting.

(in the photo one of the concepts covered on the document, the D-21B)

Read more…
First Previous of 2 Next