If you have a 3D printer this is an easy way to build a parachute that is controlled automatically/manually from Pixhawk.

I suggest getting a metal servo arm instead of what is shown. I built this 2 years ago and the metal arm is a must. 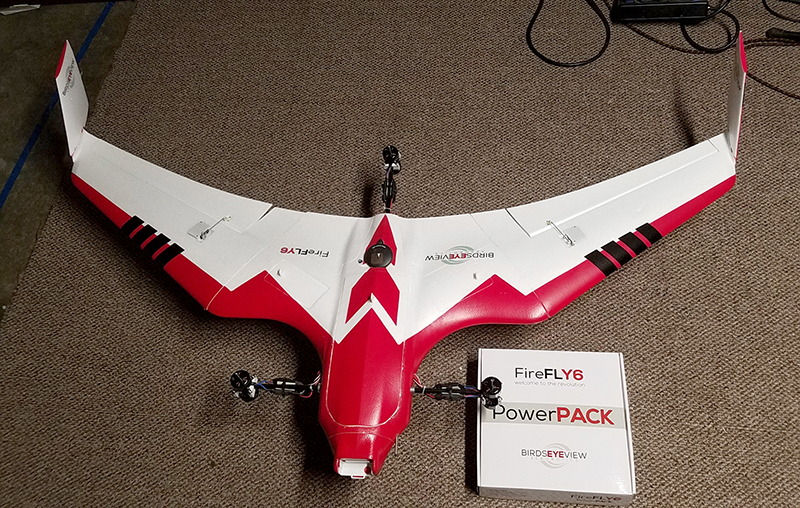 I know that selling here is probably frowned upon but I'm not sure eBay folks are up on this bird (since I have seen none for sale there) so I thought I would let this community have a crack at it first due to advanced knowledge of these systems. Message me with offer. This is running on QGroundControl and X8R. No radio. Set up file for Taranis can be emailed. Never flown but setup and working. May need fine tuning for hover and such. Thanks. 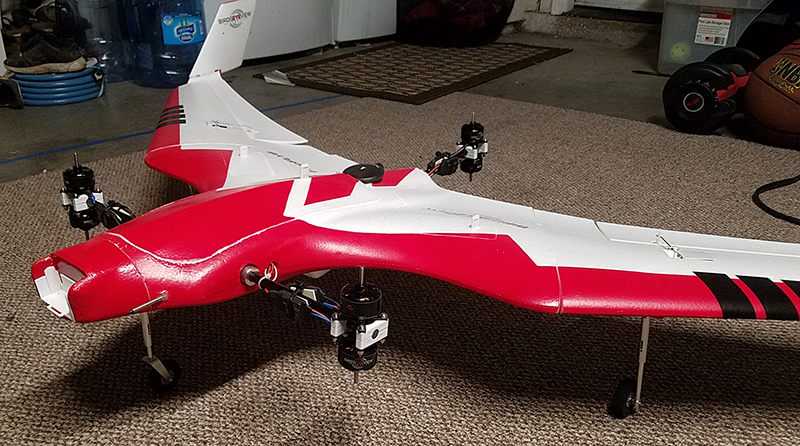 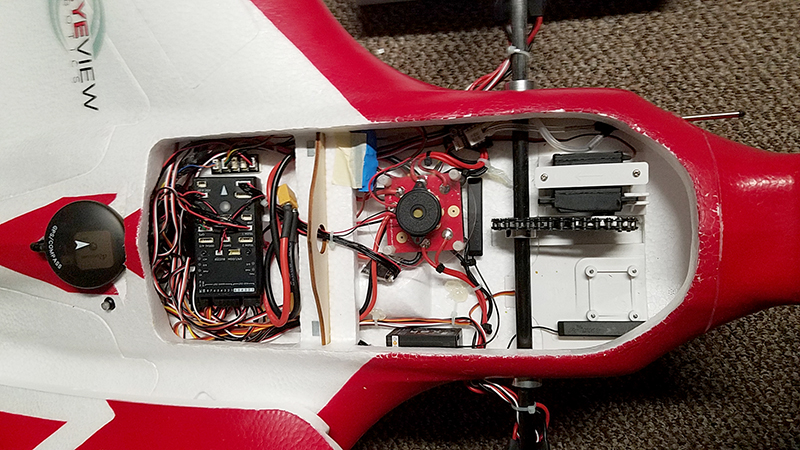 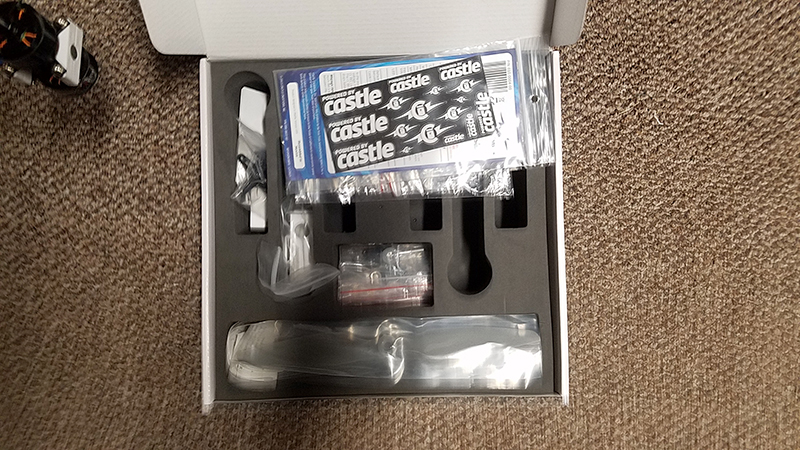 Walabot is a 3D imaging sensor that lets you uncover things hidden in the world around you. This is very cheap and seems that there is a wide range of applications for working related drones. Just wanted your thoughts. I signed up to the UAVSA association a while back. I have not benefited by this resource and have tried to cancel for 6 months. I have not been successful.

Here is the membership page.

It has been this way for a while.

The payments keep on coming and going out of my account.

Anyone else having trouble with the association?

In the aftermath of the Zano disaster a new micro drone has popped up boasting most of the features of the failed Zano.

There is a pre-sale tomorrow for $179 with final prices at around $200. The web site is light on information. There is no app that I can see. There is a highly suspect video that has been posted that looks recycled from some previous footage. There was a big push and Facebook for this drone.

Although this is not a crowdfunded project, the pre-sale aspect could have the same results. Now that the Bebop has programmable flight control, it has become a bit more valuable in the field. I have made a few parts to enhance safety and protection. Check links below if you like.

The is the ninth and final test of an affordable parachute system designed with the Iris+ in mind. 42" chute with 3D printed parts, wires and servos. These are handmade. Here is my attempt to leave the lid completely alone without chopping or drilling. I have installed a Ublox 7N on a printed, hinged tower. Everything is attached with some 3M VHB. I moved the TELEM2 to the back, via Cloud Surfer mod. I inserted the GPS wires through the empty antenna hole and wired the plugs on the other side. The door is a 3D print of semi-clear PLA which is very bright when activated. 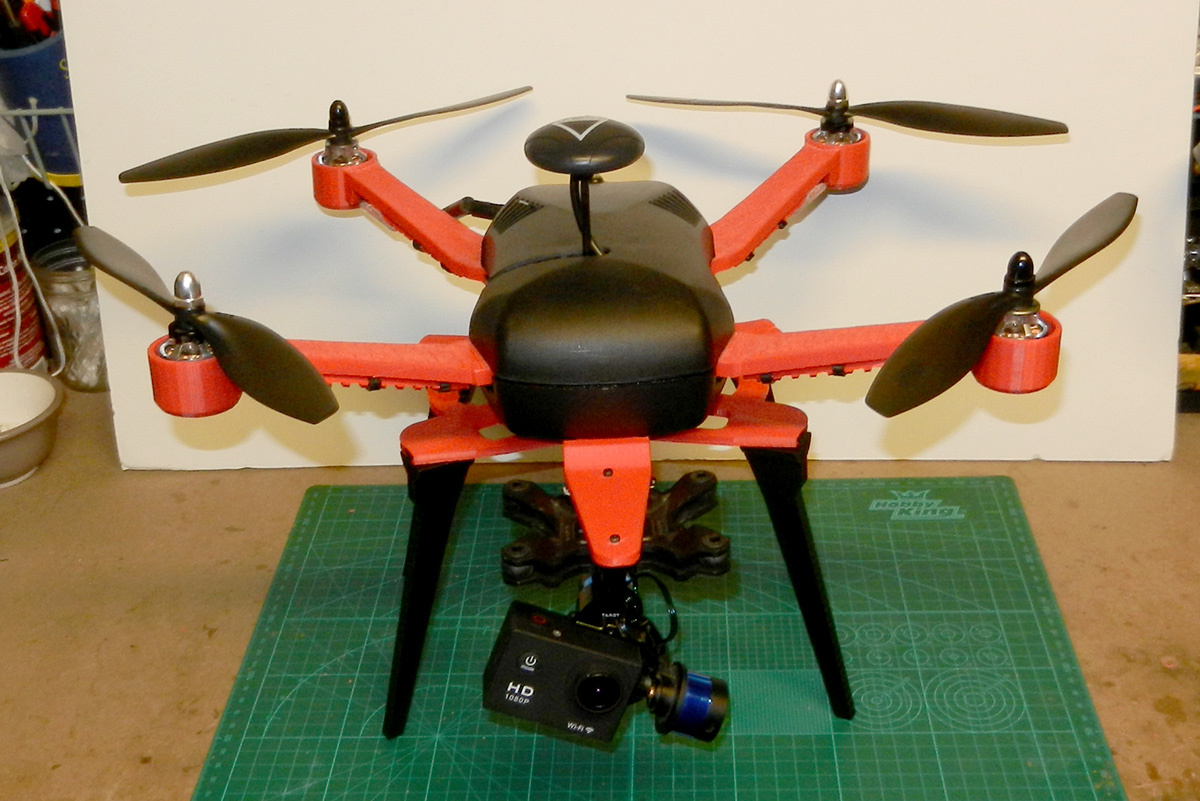 After months of waiting to win a Solo in the giveaway, I just made my own. The angled arms are shorter with the back arms swept back to accommodate 10" propellers. The landing gear was brought in to a mount on the underside (which can still mount a Tarot gimbal) Detachable legs that work as replacements for the !ris+ legs were integrated into the mount. A mount was created for the front mount for the Tarot 2D to get absolutely zero encroachment of legs/props. A tower mounted Ublox 7N was added to match the Solo. These are, of course, 3D printed parts. I hot knifed the threaded inserts from broken Iris arms and all in all was mostly design and print. 3 months of work done. 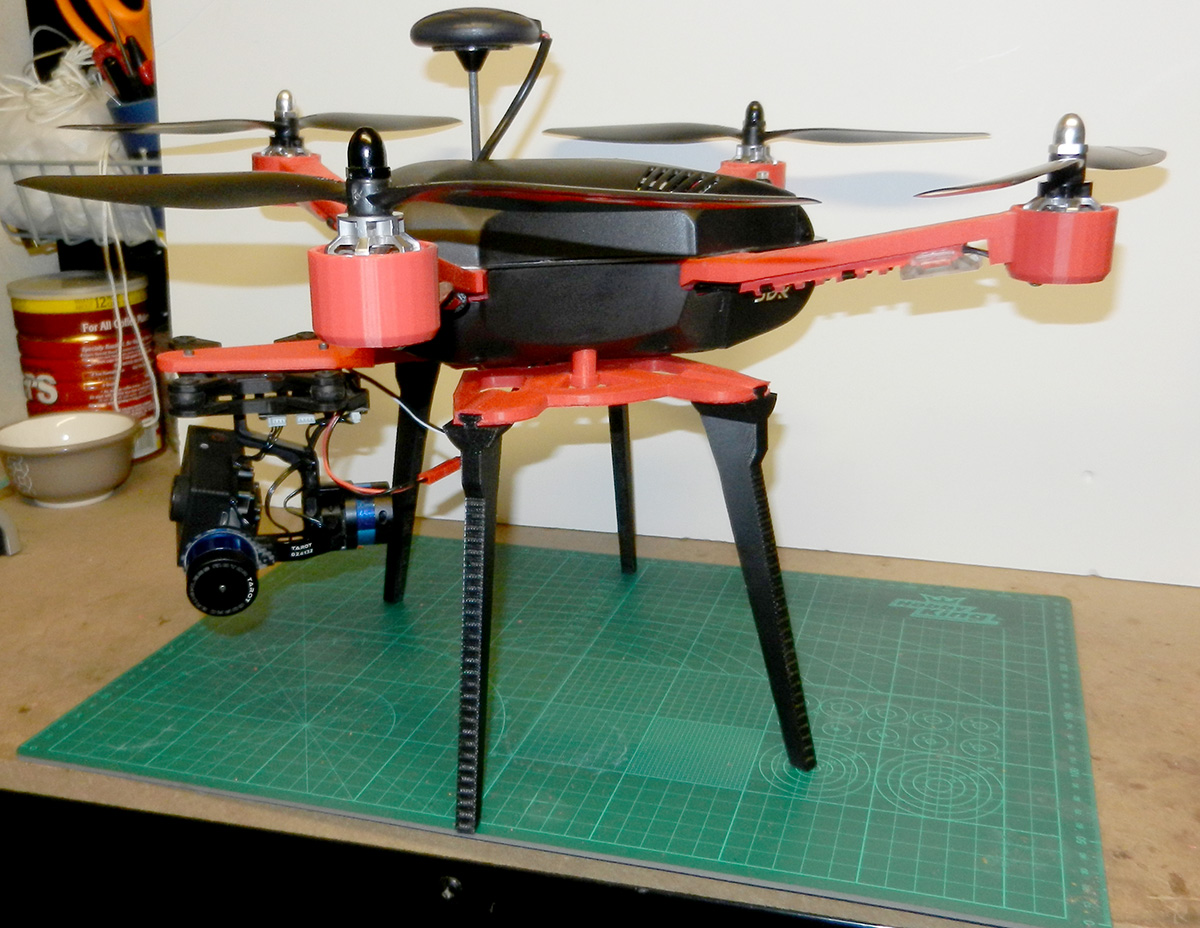 In a related project with my other company Jim Oliver Designer, I was tasked to measure the aggregate and sand piles at 711 Materials. JOD contracted the job of redesigning 711’s website and during the initial meeting I could not help but to mention UAV’s and the services available. The owner was quite interested being that he has 12 plants and plans to scout other quarries; plus his son is apparently an insane model helicopter pilot. Here is a Pix4D animation of the project. This was for 711’s plant in Waterford, CA.