I made a video showing how I used a $20 ADS-B receiver to overlay air traffic on FPV video from my drone--in a web browser.  The blog post, "Augmented reality display of air traffic for amateur drones" has more details, including instructions on how you can do the same thing. DroneDeploy is a web-based drone control and management platform. (Let that last sentence serve as a friendly reminder that we live in the friggin’ future.) Their goal is to be compatible with as many different popular drones as possible, providing their owners with things like: 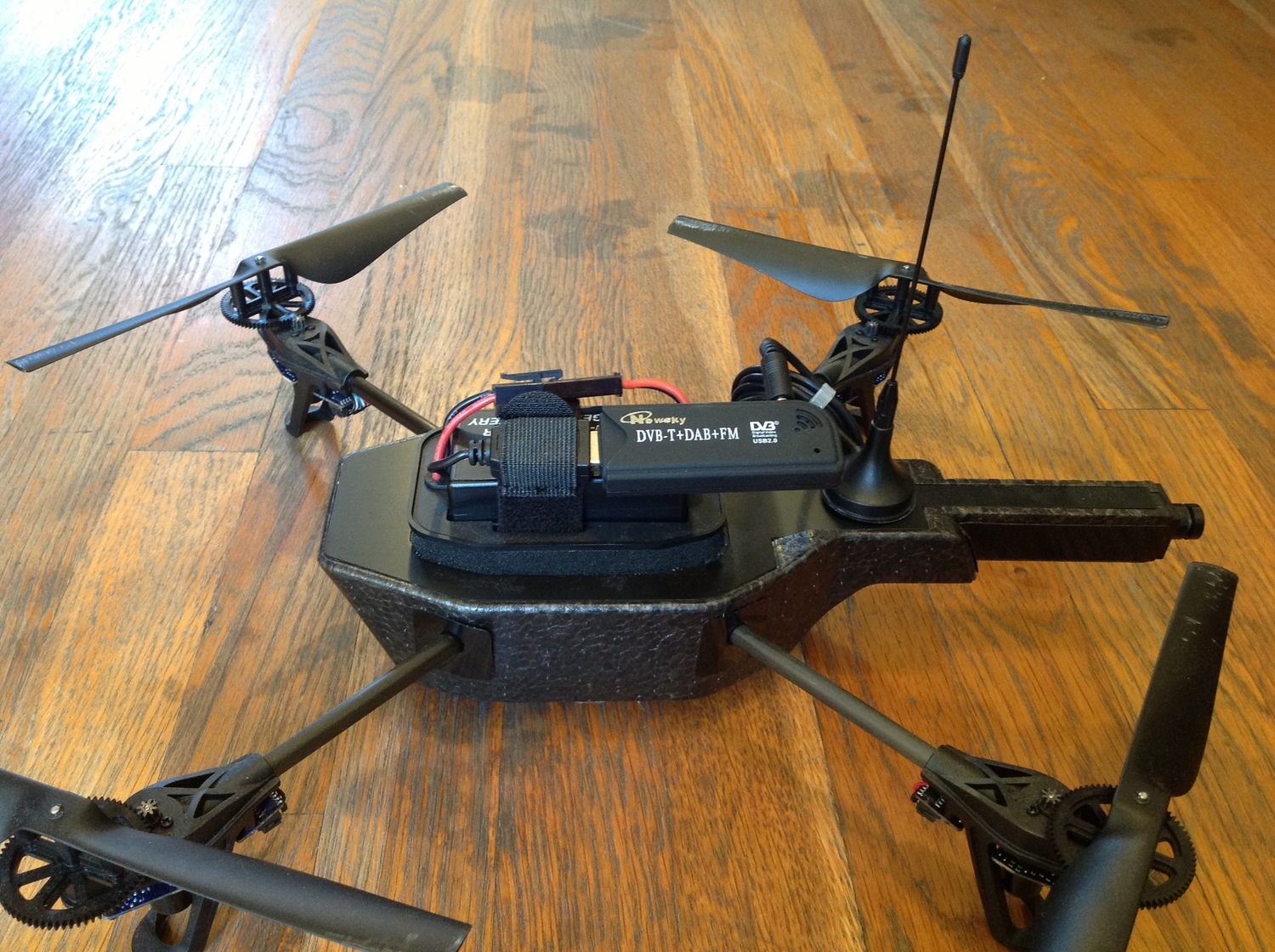 Get a head start on the NASA Centennial Challenge's ADS-B requirements by plugging a $20 USB dongle into your drone and tracking nearby aircraft:

And now you're decoding packets:

ADS-B sense-and-avoid is seen as critical to integrating unmanned aircraft into the National Air Space, and this is the beginning of a cheap "sense" solution.  Next up: "avoid". Years ago I had run across this old post from rec.aviation.military, "Weird question":

It took me a while, but eventually I was able to acquire a photo of the flight in question through a well-placed contact.

Post links to other drone riders you're aware of! The MeCam is a $49 quadrotor without a remote control--It can either be controlled via voice commands, or you can put it in "follow me" mode.

It all started when CBS12 News operations manager Carl Pugliese launched a drone camera to get an aerial shot of a backhoe taking the old Sears apart. The drone is a large dinner-plate sized device with four helicopter-like rotors and two cameras, all operated by remote control via iPhone or iPad.

About a minute into the flight, you can see the assault begin. First one attacker zips by the camera. Then another. Then the whole swarm.

Pugliese said the drone began having trouble flying, but he wasn't sure why. At the same time, he says a "strange bug" kept pestering him, getting in his hair and buzzing him. Meanwhile, Pugliese was able to maneuver the drone closer so he could see what was wrong with it. Bad move.

Angry bees became a cloud around the drone and also began attacking Pugliese and CBS12 cameraman Chad Ellison, whom Pugliese captured dancing and swatting frantically to avoid being stung. Didn't help. Both of them took several stings. Pugliese himself can be seen toward the end of the drone video, diving into his SUV to avoid the swarm. Unfortunately for him some tagged along inside, and he is seen trying to fling them out. He landed the drone from inside the car.

The drone took several stings as well, with the stingers still embedded in its foam fuselage. The whole thing was covered in what Pugliese termed "bee goo."

Last month Boston Dynamics released a video showing off a new feature of their Big Dog robotic mule: voice control.  I had been working on a similar project for a while, though I think it's actually cooler: voice control of a flying robot drone.

Above is a video I made last night of the current state of my project, which shows an AR.Drone doing whatever I tell it (mostly):

In the video I'm talking to my custom voice control software running on my laptop, which uses ar-drone-rest and node-ar-drone to talk to the quadrotor.

I'm currently working on doing the speech recognition on an iPhone or Android phone, so you don't need to talk into an unwieldy laptop.

This is a video of my browser-based map module for mavproxy.

I had trouble using the map code that's currently checked in to mavproxy, so I wrote this alternative. 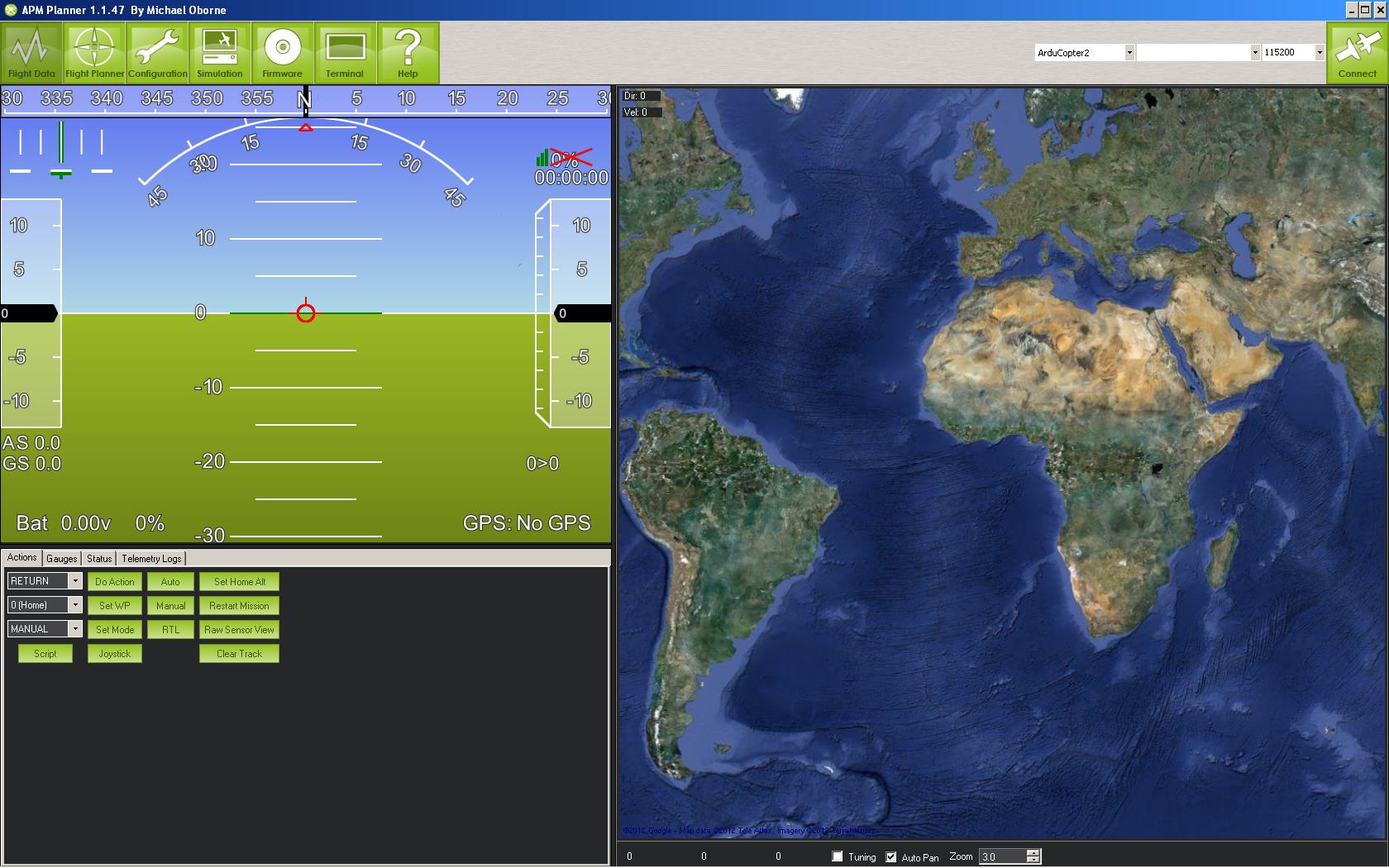 I find the tab-delimited waypoint list files used in mavlink to be hard to read, so I added Protocol Buffer text format to the formats that mavwp.py can read and write.

I still think it can be improved to be even easier to read, but here's my current version of the mission defined in ardupilot-mega/Tools/autotest/mission2.txt: