Greetings all. About a year ago, we introduced you to the Lynx. http://diydrones.com/profiles/blogs/introducing-the-lynx. Lynx was our first system developed as an affordable, fixed-wing UAV for mapping. The Lynx design was inspired by military UAS, and we sought to make our own system that was equally durable and practical for field use.

Fast forward a year, and we are proud to announce the Lynx M. Our new design is approximately 20% lighter and 20% smaller than the original but with doubled endurance (3 hours with payload!), sideways camera placement (top facing forward), and more camera options.

Lynx M is an incredibly rugged, long endurance mapping UAS equipped with interchangeable sensors. The design is simple and assembly is quick, requiring no tools. A removable wing and tail simply slide into place on the fuselage and ‘shed’ on hard landings. Takeoff is accomplished with a hand launch, and landing is done with a vertical deep-stall or conventional belly land. The deep-stall enables users to operate from confined areas, such as a forest clearing. The airframe is constructed to be as strong and as light as possible by utilizing a composite/foam core structure. A single airframe can withstand in excess of 100 vertical landings. Tests were conducted from a variety of terrain with camera onboard.  This makes Lynx M is one of the most rugged systems available.

Payloads are located at the aircraft’s center of gravity and are thoroughly protected by removable foam mounts. Custom mounts can be made to carry additional sensors. Autonomous takeoff, navigation, and mapping are done with the Pixhawk flight controller. SwiftTag post flight software is used to easily and accurately geo-tag and filter images based on aircraft position and attitude.

Lynx M packs down into two transport cases - one case for the aircraft and a second case for the battery charger kit.

A Lynx M flight log can be found here: http://files.swiftradioplanes.com/36.BIN 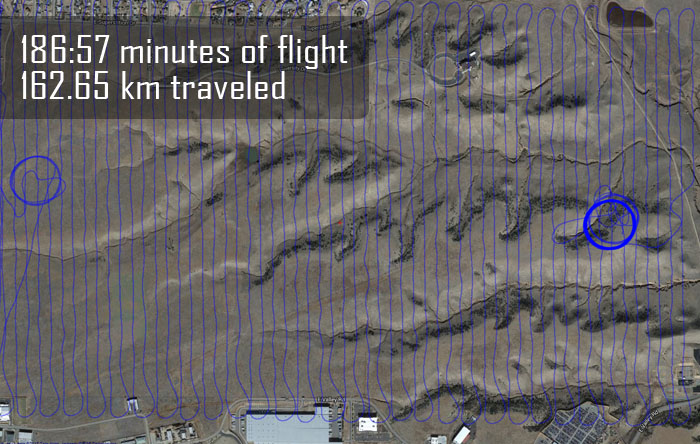 The DIY post about SwiftTag can be found here if you missed it: http://diydrones.com/profiles/blogs/swifttag-free-photo-tagging-software

Swift Radioplanes was founded in the summer of 2013 and based in mile-high Prescott, Arizona. The company designs and manufactures unmanned aircraft systems and performs photomapping services for research, simulator, agriculture, and survey applications. Swift Radioplanes emphasizes simplicity, durability, and performance in their aircraft. This design philosophy is easily seen with their flagship UAS, the Lynx M. Lynx is capable of three hour flights, a vertical landing method that requires incredible durability, tool-less assembly, and only three moving parts on the entire aircraft.

In December of 2013, a team from Swift Radioplanes volunteered to aid the Philippine disaster relief in the wake of Typhoon Haiyan. The team flew a Lynx UAS and collected and donated over 20 square kilometers of high resolution aerial imagery. 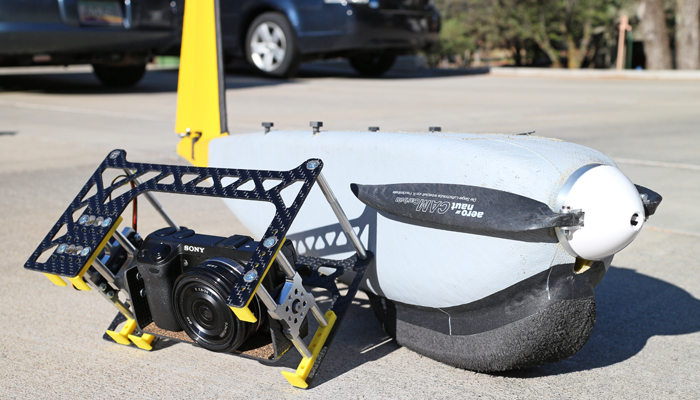 Greetings all. I'd like to introduce Lynx, a fixed-wing sUAS developed by Swift Radioplanes.

Lynx is a small UAS inspired by military systems because of their extreme durability and practicality (not price). Swappable payloads make Lynx a great choice for photomapping or research. The aircraft is easily launched by hand and can land conventionally or vertically with a deep-stall. The takeoff and landing method – along with its rugged construction – make the system runway independent and ideal for rough terrain or confined areas. Lynx autonomously navigates itself through fight plans or loiter points. Plans can be pre-programmed before takeoff or uploaded during flight. Manual control is possible with the use of a handheld controller. The entire system packs down into two transport cases.

Lynx is not a mass produced product or a modified RC airplane. It is a handcrafted system and built from top quality materials. Each aircraft is flight tested before completion.

A quick look at the Lynx: 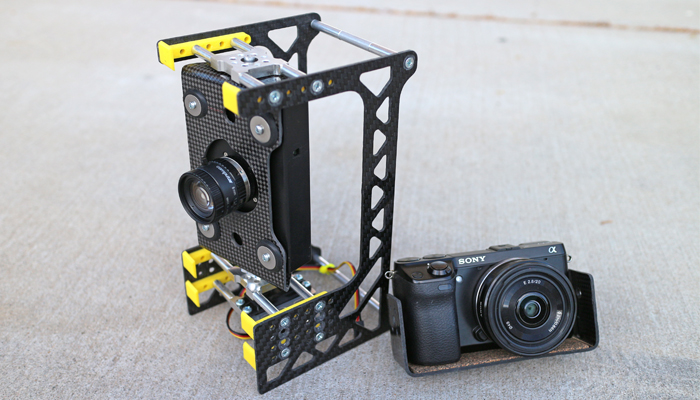 Lynx can belly land or deep-stall. A deep-stall is an extremely steep, yet stable landing method used when operating from confined areas. The deep-stall is activated by a safety switch on the transmitter. The descent can be hands-off or the operator can continue to steer Lynx for pinpoint landings. Unlike a parachute, higher winds are preferred because they steepen and slow down the approach. Also, no extra gear is needed, no parachute folding, no parachute malfunctions, no wind drift, and the deep-stall can be aborted during its descent. The aircraft is designed to break apart upon impact to minimize damage.