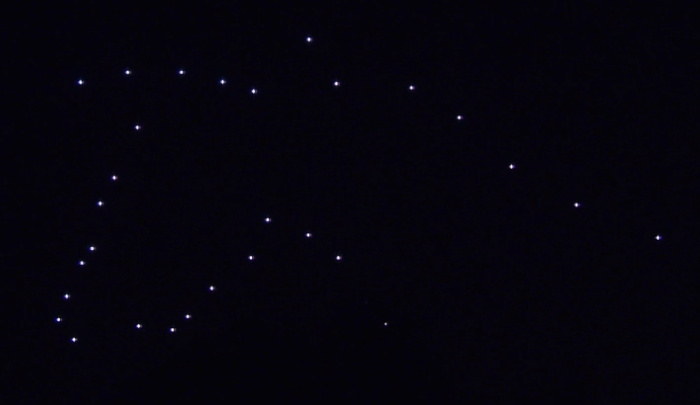 On Friday was the "Tag der Deutschen Einheit" - the national holiday of Germany. This year it was in Hanover and finished with the big laser / lightshow / firework as well as with a show using 30 drones equipped with multicolour LEDs and autonomous positioning capabilities. The whole show was recorded by a local TV station and can be found ->here<- (embedding video was not possible). The interesting stuff starts on minute 29!

Anyone knows which setup the team used?

I've just found an interesting & impressive concept of an flying object from Festo (those guys who also made the flying bird one year ago).

It's a quite interesting concept to get an object flying at low speed. I'd love to see such an object moving outside - but I guess this aircraft is hard to handle when it comes to windy or turbulent conditions. Especially when every part of the object is moving and you have no stable part of the platform where you measure anything against it.