Thanks for your attention.

UgCS Update 2.13 Has Been Released

We just wanted to inform you that the new version of UgCS ground planning software for drones has been released and packs a ton of great new features and improvements.

ComNav Technology had released K726 dual antenna GNSS RTK Positioning&Heading OEM board half year in domestic market, had got successful cooperation with some UAV manufacturers during this period. This video is showing the performance of K726 board for express drone autopilot, the K726 board is… We've seen the claims before, 10x, 5x, 3x the energy density for some new wondrous cells.

Panasonic 18650GA cells have a gravimetric density of 224 Wh/kg allowing some fixed wing drones to achieve 2+ hours of flight, these new SES cells claim 400-500 Wh/kg and are apparently available for sale now.

Could we see a 1 hour multirotor flight as normal…

Since our last post we were very busy with addign some features to droneePLANE,  i want to share them with you.

Emlid's  RTK GPS support added, it is plug and play , can be used on droneePLANE

At this year's Consumer Electronic Show, the Executive Director of the FAA's UAS Integration Office was asked if the phrase "...and within the programming" in the Special Rule for Model Aircraft requires membership in a Community Based Organization (CBO - like the Academy of Model Aeronautics).

His answer was long, and he waffled a little, but he closed with this clear statement: "But in general, no, you do not…

Avoidance Experiments with the POC and Benewake TFMIN 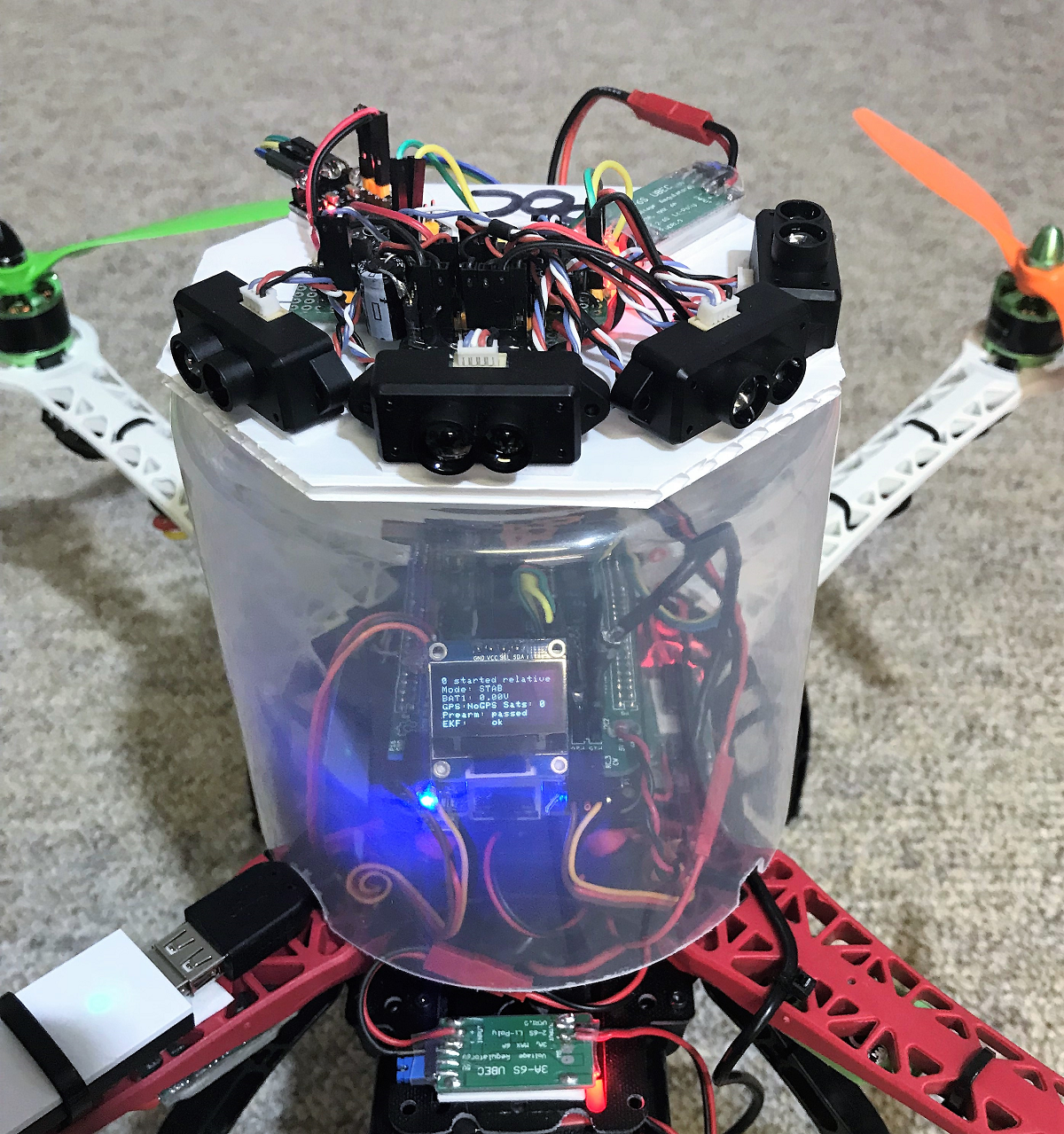 A few month ago I started experimenting with the Avoidance Library:…

If you have a 3D printer this is an easy way to build a parachute that is controlled automatically/manually from Pixhawk.

I suggest getting a metal servo arm instead of what is shown. I built this 2 years ago and the metal arm is a must.… Recently, there are some customer order from us and I share some pictures to you. PocketPilot , a new Linux FC based on the 25$ PocketBeagle® 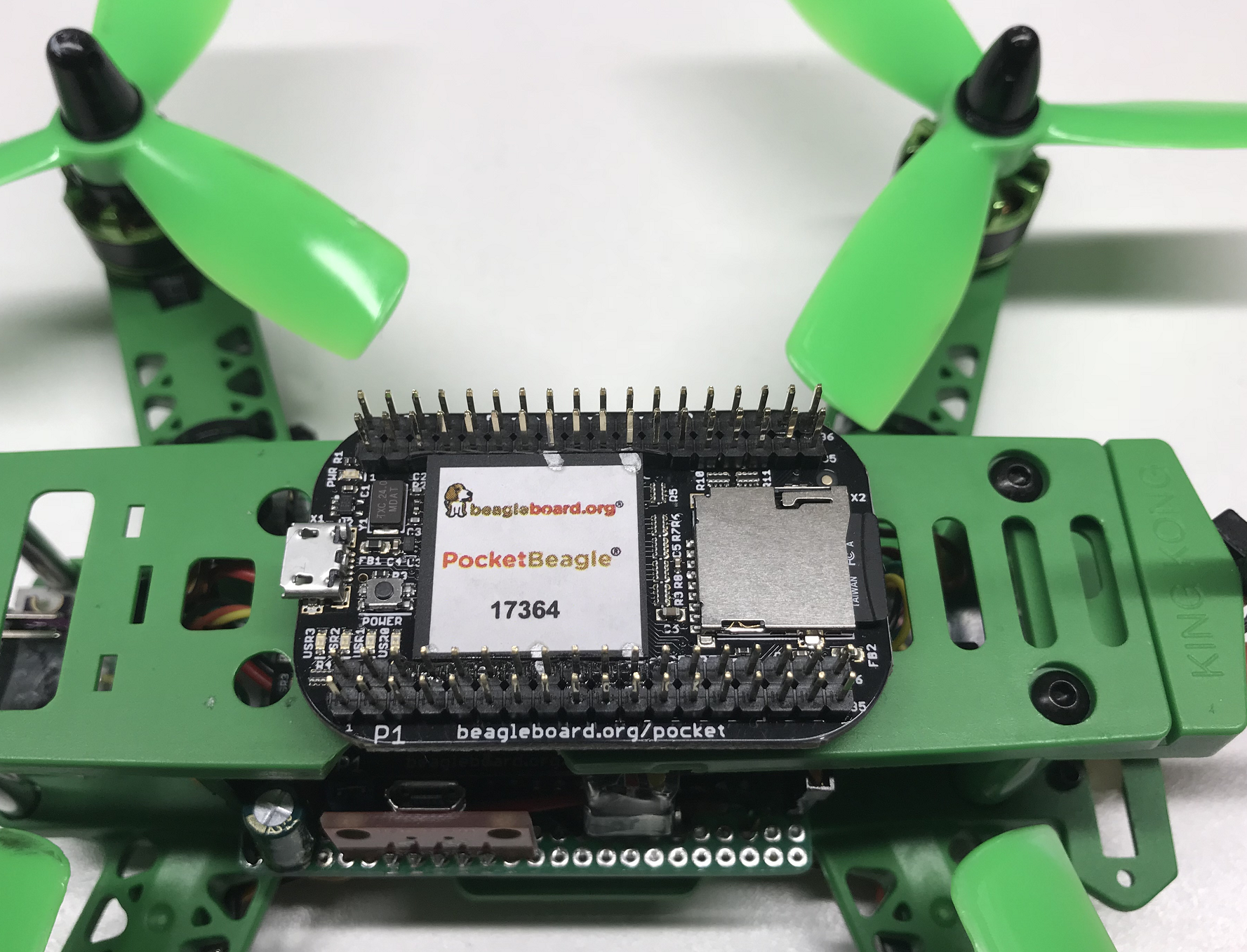 **PocketPilot** is a smaller versions of the BBBmini (https://github.com/mirkix/BBBMINI), designed for use with PocketBeagle (https://beagleboard.org/pocket, a small version of BeagleBone Black). It provides a very small &…

Here is a simple Android app for testing cheap Chinese USC-16 servo controller:
USC-16 Demo
User can select one of four servos, movement speed, and position. The app can also be used to communicate with other…

I am happy to share the paper, dataset, code and video "Dronet: Learning to Fly by Driving", where we use Deep Neural Networks to teach drones to navigate autonomously in the streets of a city by imitating…

Professional DIY radio communication equipment has changed over the years but this is a very big change moving from analog to digital ; the major brands are CUAV , XBEE & SLNTOR! The change has radios operating on 2.4ghz with range of over 20 kilometers caring control , telemetry signals as well as hiy definition video. It supports 2.4GHz (2. 402~2. 478 GHz) and suitable for long…

Solving urban problems requires timely information about every aspect of the city functioning. Today using UAV's is a great way for local governments to get precise data as 3D models, orthophotos and digital elevation models. However, collecting data is just a first step of decision making process, what is important is to have a set of special tools to work with this data and take all it advantages for urban design, land use and emergency management.

In "Geoscan" we work in close… The ZTW Spider series of ESCs are a great choice for any size of multi-rotor.

Designed from the ground up for simple installation and easy setup and pre-flashed with SimonK OneShot 125 firmware to give a fast, super-smooth, linear throttle response which is ideal for…

A few years ago I struggled a lot to study and understand OpenCV, especially the calibration process.

Now that I have just a little bit more the hang of it, I thought It might be helpful for people that are going to approach this incredible computer vision library starting from…