A video showing 3D models made with images from a Go Pro camera mounted on a DJI Phantom. Photos were uploaded to Autodesk's Photo on Recap 360, and the cloud service automatically created accurate 3D models and point clouds with textures. The basic process: Rolls Royce is moving toward a world where a single tap on a smartphone could set a massive cargo ship in motion half a world away.

I just finished up the instructions let me know what you guy think! While riding a bike about 15 months ago, spatial analyst Neill Glover was hit by a car and seriously injured. While recovering, he had plenty of time to think about work. That is where his drone came in.
He bought a SkyJib-X4 unmanned aerial vehicle (UAV), from Aeronavics, of Raglan,… If you've been waiting for the right opportunity to start or expand your drone reserve, now's the time.

Next week, we'll be bidding a fond farewell to our…

imagine this under your drone.

This is what i am wishing for this year

The small form factor and…

"says in a news release that criminals and their cohorts are increasingly using drones to drop contraband like tobacco, drugs and cellphones into prisons."

No solder method for defective 3.3V regulator for APM 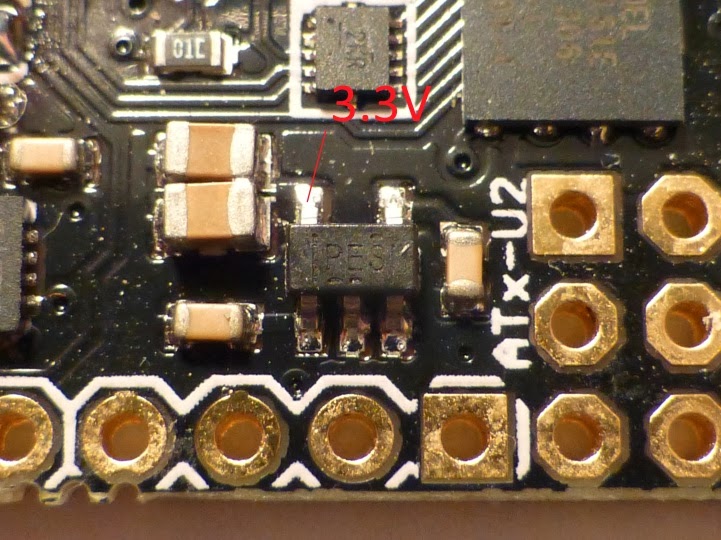 Discovered a method to provide an alternative 3.3V for powering the onboard Baro, Accelerometer, Compass when the built in 3.3V regulator TPS79133 fails.

I documented the details and equipment required here…

I have finally got the MAVBoard to a state where I am ready to take pre orders via Indiegogo! After several revisions of the boards, I am quite happy with them and would like to take pre orders so I can get a large batch of them made.

Here is the description of the…

RFI is often a very frustrating problem but the following information may be of help. You may have RFI and be unaware of it and following these precautions might increase your range.

If possible keep your wire/cable runs away from transmitters, coax and antennas. Never group coax cable together with wiring runs. Use shielding for your wiring runs and if possible grounded metal enclosures for sensitive electronics. Be sure your coax…

Here is a video (https://www.youtube.com/watch?v=WnAL1ygwNg8) of a new implementation of an AHRS algorithm, thanks to Seb Madgwick and Fabio Vareseno works.

James Masterton has been experimenting with UAVs (unmanned aerial vehicles) off the Perth coastline to see if they might help spot sharks. Here he shares his experiences and provides some clues as to what now needs to be done if UAVs could be part of the…

Can drones, the small unmanned aircraft that are at the forefront of fields from warfare to commercial delivery systems, fly without human intervention? A team of Hungarian researchers answers yes, having created 10 drones that self-organize as they move through the air.

The team based its…

Moderator Busting Myths about the FAA and Unmanned Aircraft

Interesting press release from the FAA

February 26–There are a lot of misconceptions and misinformation about unmanned aircraft system (UAS) regulations. Here are some common myths and the corresponding facts.

A great heatmap showing the global UAV hot spots! The data is a random sampling of 30,000 geo-tagged images from our database. Pretty cool!… Moderator EastBay RC Guide to PID Controllers, Part 2: The Math and the Code

Part 2 of the EastBay RC Guide to PID Controllers.

Building on the intuitive model presented in part 1, we take a look at the mathematical model and write a PID control loop based on that model. Hang in there if you're unfamiliar with the math... it turns out to be pretty straight-forward code in the end!

Moderator Drones in the sky - technological marvel or threat to privacy?

Do drones pose a threat to our privacy, or are they just the fruits of innovative technology with benefits for governments and industry?…

Moderator Eye eye whats this then

Interesting article at IEEE all about 3DR but it was the flying wing that caught my eye, along with a very relaxed image of Jordi.…

Game of Drones is hosting a UAV build party and aerial sports meetup this Sat, March 1st in San Fransico, from 6-10 PM.

It's completely free, and fun for the whole family.  Everyone is encouraged to come, whether you're already a drone flyer or just fly-curious.  This event will focus on our community of flyers. We have met some great people at our Meetups and…

Hello Everyone!!  As many of you know, we have been entered into the 2014 Wildlife Conservation Challenge.  We are in the process of submitting our initial design concept.  Before I get into that, I would like to thank our sponsors that are making this possible.  RVJET has provided the RVJET airframes.  Fruity Chutes is providing the recovery chute.  MyFlyDream is providing…