Circuit Board for DIY Arduino Micro-quadcopter In this project, I will go through the process of designing and making a flight controller board from scratch for a micro-quadcopter. This board will be based on the ATMega328 microcontroller and will be used to control four coreless DC motors. The whole PCB making process from designing of the schematic to gerber viewing is…

This multi-rotor UAS will be used in search and rescue operations using object recognition to find a target and deliver a payload, e.g. to help an injured climber on traditionally inaccessible terrain needing…

From TechCrunch. It works on Raspberry Pi!

Following on the heels of their announcement a few weeks ago about their FLIR partnership, Movidius is making… I recently entered the first MAAXX-Europe competition to be held at the University of the West of England (UWE).  On the surface it's a simple challenge in which UAVs must follow an oval circuit of one red line, around 20m by 6m.  However, this proved to be anything but simple and with… I signed up to the UAVSA association a while back. I have not benefited by this resource and have tried to cancel for 6 months. I have not been successful.

Here is the membership page.

It has been this way… Here's the Microsoft AirSim team demonstrating their amazing Unreal-based open source drone simulator package at this week's Dronecode leadership meeting at Intel. Dronecode development is growing exponentially -- this is just a glimpse of what's coming this…

This is the video our first flight of the Disco from Parrot using the Paparazzi UAV system. Most of the drivers where already available, except for the PWM output on Linux-based autopilot. Many thanks to the ArduPilot community and especially Andrew Tridgell for his help and tips to… Hello everyone, Rusty here at Blue Robotics. We're pleased to announce that the ArduSub project has merged with Ardupilot!This is a momentous occasion for the ArduSub project, with our two main developers, Jacob and Rusty, both becoming members of the… Separate lift/thrust systems are growing fast in popularity, to the point that there are already a variety of commercially available systems.  They seem to be the future and continually get better.  Thanks to our developers, Ardupilot has some great features like holding position with forward thrust and is becoming very good at leveraging the benefits of an SLT system.  These…

Lots of fun at the ArduPilot Developer Meetup in Canberra We just finished the ArduPilot Developer meetup in Canberra, Australia. Randy [Lead Arducopter developer] will be posting videos from the talks when he gets back to Japan, but meanwhile here is a nice video by Darrell Burkey of some of the activities over the weekend. ...…

DIY LiDAR scanner using the LW20 and a digital servo Making a small, low cost laser scanner for sense-and-avoid applications has been a objective of mine for several years. What makes this project challenging is the cost and complexity associated with motors and their drivers to provide the motion, position encoders to provide accurate aiming information and slip rings to pass the signals through the… The Dronecode/PX4 stack has supported rovers for a long time, but now it's getting a proper simulator for them, too. This addition adds a full rover simulation for SITL and Gazebo. The physical config will follow this week for a Traxxas Stampede.

Circle formations of fixed-wings in Paparazzi

We have recently developed and tested a formation control algorithm for fixed-wings in Paparazzi. The position of an arbitrary number of vehicles can be controlled in a circular path. In fact, we are not restricting ourselves to circles but to any closed orbit, such as ellipses, thanks to the …

I am currently working on a search and rescue drone for National Parks that uses machine learning to detect missing people from a 3DR Solo.  If you are interested, please check out our website, I would love to hear feedback from fellow drone enthusiasts!  ARI is an unmanned aerial system capable of detecting people from aerial video data during the initial… I promised a while ago that we're going to show you some simpler gear than our high-end client builds or series production stations. Well, this is one of them. A smartphone and a self-powered snap-on telemetry modem. You may ask what the point is in combining… 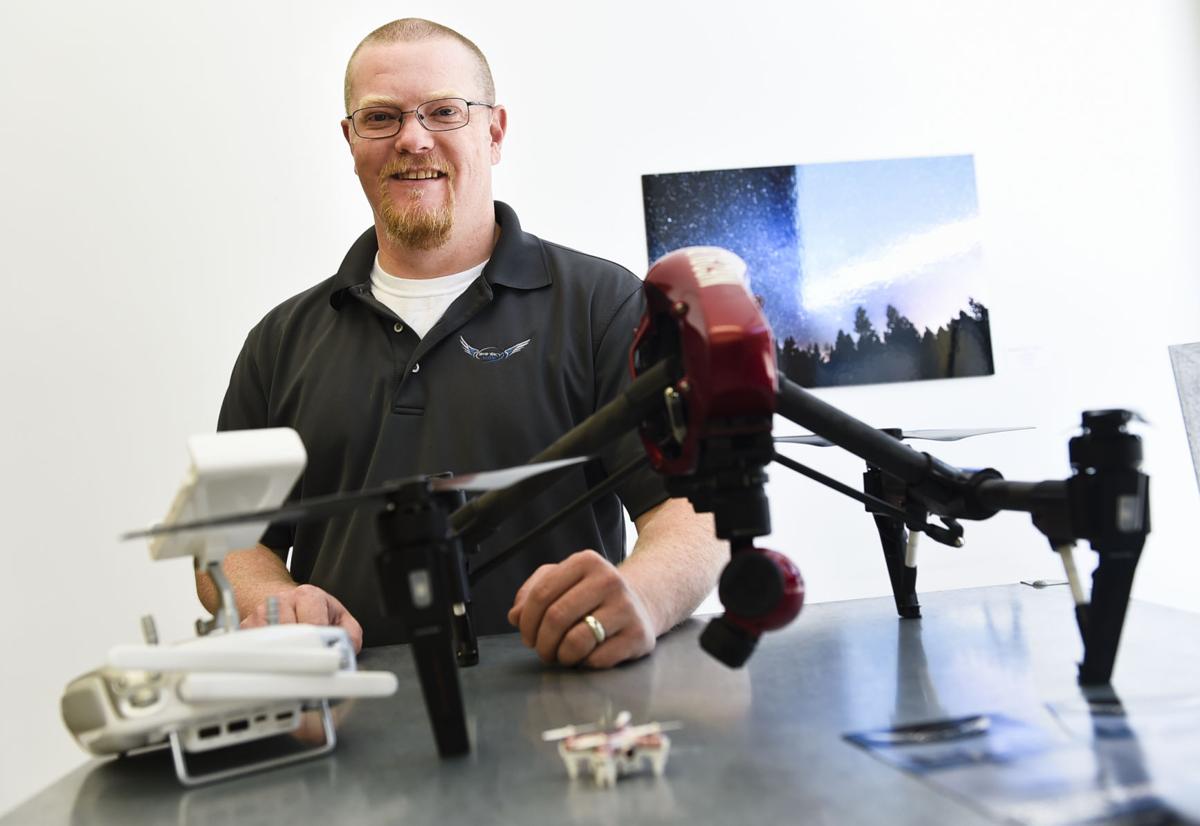 This seems very doable -- indeed, I think an off-the-shelf product from PrecisionHawk or Agribotix can already do all of this. Am I missing something?