3D Robotics Some juicy details in article about Insitu, ScanEagle and founder rivalries Here's an excerpt from an article in Willamette Week, a Portland weekly. It's a mix of well reported details about the founders and clashes within the company, plus some clueless stuff about how drones are evil and kill people (Insitu…
Continue For a class project, we built a quadrotor using the Sparkfun Razor IMU and a Atmega32U4 running the PID controls. After about a month of work, we successfully flew it with great results (alright, it wasn't super stable, but it stayed up!). Check it out at www.wyvernupenn.blogspot.com.… 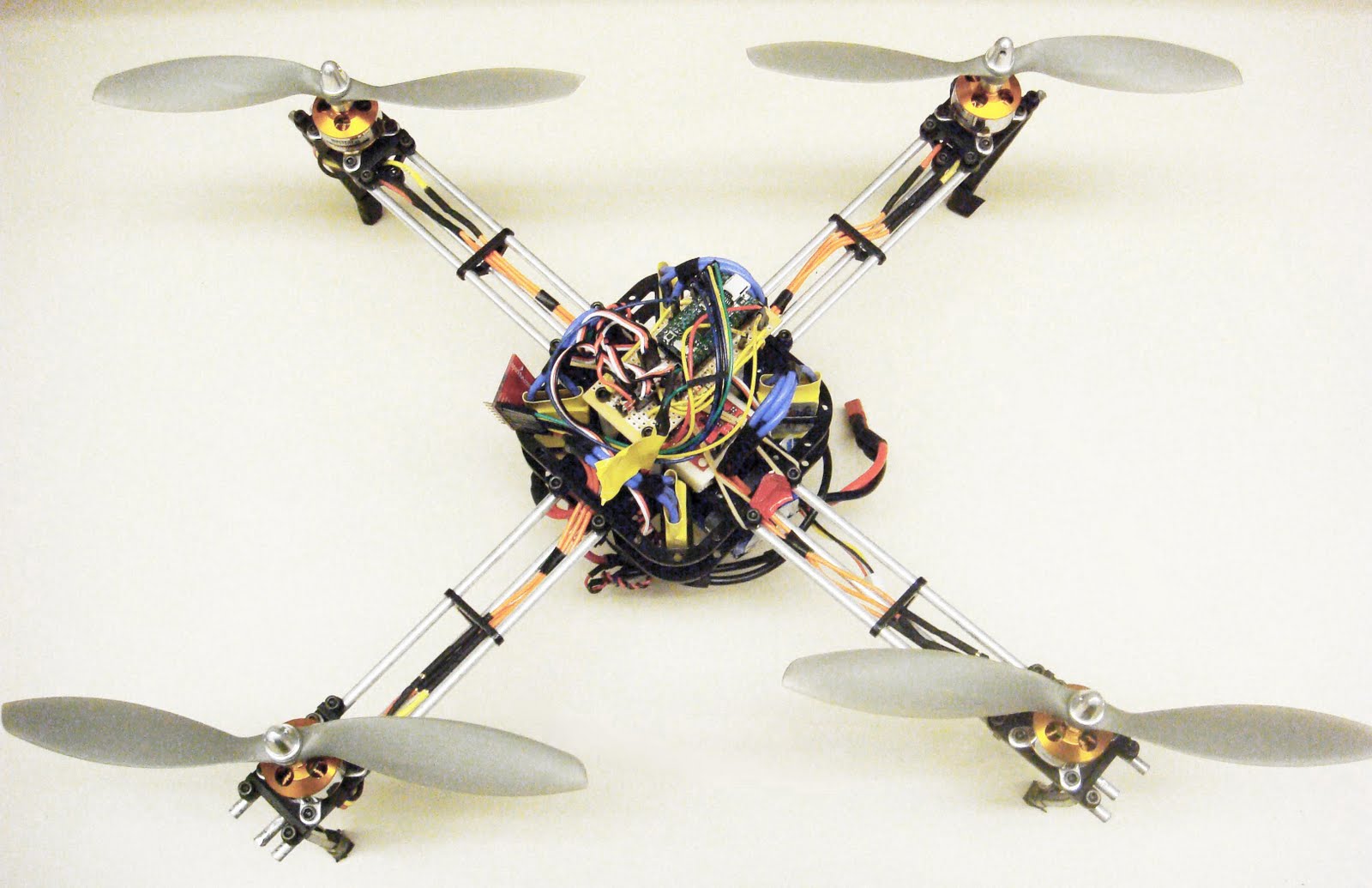 DEATH OF A FLAG The 1st flag to be lifted autonomously suffered an acidic fate... when our field battery fell over & leaked acid on it. Lead acid
batteries do pour… Continue

We've just posted the second issue of MicroPilot's newsletter. It contains a basic introduction to Vibration. The newsletter can be found at: PCB Boards are Cool, but the Holy Grail for robotics are the Kapton Flex Circuits which are both wire and circuit in one.

Using This Material, I was able to CNC a single-sided SMD circuit…

Well this is my first blog post , so i thought id begin by sharing this link .Dont know if anyone has stumbled upon this one before. You have to love Australians, the caption behind the newsreader, Lead Balloon, love…
Continue [UPDATE: Hooks has, er, hooked us up with a 10% discount at FPVFlying.com, for this and anything else they sell. Just use the discount code "diydrones". Awesome! Thanks Hooks!]

Thanks to Hooks for… Continue

The Trouble with Communications

I'm still working on the next installment on my SAGAR drone, however my progress has slowed, as I suddenly find myself in Boston for 7 weeks. Life can be very exciting when you work for the Department of Defense.

In the mean time, I have been asked by a few people over at SocietyofRobots.com on how SAGAR's micro-controller (an Axon) communicates with LabView. Instead of a bland answer, I spent s little time writting about the different problems hobbyist can run… Continue And cool home page promo on the Sparkfun site…

Cool video I came across on youtube, he also has many others but not UAV related...
Enjoy…
Continue

I have lightened the Quad and made the cargo bay bigger. Still need to do landing gear and put the ArduIMU in to control it.
The electronics bay screws on the top.
Here is some pics.
Earl Very soon for pan and tilt camera. Lots of room. The electronics bay. It unscrews from the main body.Holds the batteries also.… You can see my forum post here :http://diydrones.com/forum/topics/gps-libraryish-code?xg_source=activity
Here is all the information on it here :http://letsmakerobots.com/node/18922
Video :…
Continue

DealExtreme has a new video grabber on their website. The problem for the versions they already sold for some longer was that modern OS's were not always supported because drivers being unavailable. I had a lot of trouble getting my grabber running on windows 7 and ended up making my notebook dualboot Windows XP to be able to use it.

Here is a link to Video Grabber…

3D Robotics What our cousins in rocketry are doing

TEMOR GCS: What do you want to see in a GCS? I am working on a piece of software for a ground control station, names TREMOR. TREMOR has a couple key features:
-cross platform compatibility: built in java, program works on linux machines through a shell script, and executable on windows
-multiple map sources from NASA servers, MS servers, and others.
-immediate location maps…
Continue

Make Magazine first annual East Coast Maker Faire? was held yesterday in Durham, NC. I made the 3 hour trip from Charlotte by amtrak and brought my daughter along for the experience. It was a good event - some 2000 attendees. The local Arduino club and Aerobatic Robot clubs were well represented, with a laser-cut quad in progress and several Arduino breadboard affairs. There were plenty of Sparkfun objects (LED button squares, pressure sensors etc...) A… Continue

Check out this awesome perching UAV, developed by Alexis Lussier…