Urus Studio is an OpenSource multiplatform IDE designed to build C/C++ Standard ANSI C software and advanced autopilot and industrial real time systems with the Ardupilot power and Urus System for Urus embedded nanokernel, you will can build for Linux, Windows and MacOS Desktop too.

Walabot. Has anyone seen/experimented with this?

Walabot is a 3D imaging sensor that lets you uncover things hidden in the world around you. This is very cheap and seems that there is a wide range of applications for working related drones. Just wanted your thoughts.

This is Part 2 of an article I published last… I am part of an undergraduate team of Aerospace Engineers at Oklahoma State University. We have spent all semester doing research on and designing low RCS target drones to help train our Military. This weekend is our final capstone competition. A portion of the scoring metric is Facebook "likes" on our team's marketing…

When Microsoft announced the Surface Dial last October, I immediately knew, that no better application could be developed for this controller than controlling the flight path of drones. For weeks I checked availability in Europe, only to order an overpriced device from the US Ebay finally. As it arrived I probably got one… The design is almost complete so thought I would share it.

The remaining part is the connection between booms and the chassis, which needs to be strong and provide vibration resistance.

All I've come up with so far is a 'rubber grommet sandwich' with M4 bolts/washers etc, seems simple but somehow inadequate.

The PixFalcon will have its own… We have reached the seventh week in our autopilot precision series. In this series we test different drones and autopilots by flying them on a simple photogrammetry route created in UgCS.

So far we have tested quite a few drones, including DJI Phantom 4 and 3, DJI Naza-M V2, Mikrokopter Quad XL, DJI A2 as well as PX4. This week we put the DJI Inspire 1 to… Two years ago Simscale had a good series of free webinars on using simulation tools for drone design. Now they're doing another series on May 11, 18 and 25.  From the announcement:

We appreciate all the feedback and feature requests over the last couple of months! Thank you

You can now process up to 150 images from DJI sensors for free on your Windows 10 desktop. We've also added NDVI calculations and a load of other new features to the software. Download the latest version at the following…

A new look on survey and mapping with Reach RS We launched the brand new GNSS RTK Board, the Precis-BX306 to market in April. A series of other new products and accessories were also showcased.… I've been experimenting with frame design, an essential component to keep all the parts flying in formation.

I printed some interlocking plastic parts in 2mm PLA & super glued them together to see how rigid/strong the end result.

The attached pic shows about half the fuselage section, it weighs 23 grams and seems more than strong… 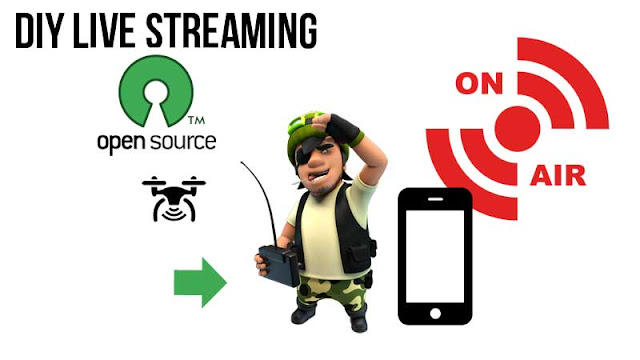 This is very preliminary work on aerial robotic radiation detection in real-time and in a GPS-denied manner. The robot localizes based on visual-inertial data and integrates a deferentially installed 2-radiation detectors solution to exploit their polarity characteristics. Most of the research is ahead but we… The PX4/Dronecode team and Drotek have been working on the next generation of Pixhawk autopilots, and you can now see a preview of that with the Pixhawk 3 Pro. It's based on the new PX4 FMU4 Pro standard, which includes a full suite of next-generation sensors… From DARPA. Have you ever seen so many swarming Iris+s? If you've uttered those words, this post is for you.

We will not debate the value of quality or workflow simplicity contained in that $10,000. What we will do is demonstrate how to make a "cheap" consumer fixed-wing drone generate high resolution orthomosaics with a simple,… Several lessons were identified here  from the entry of The Groundhog hexacopter in the MAAXX Europe competition earlier this year.