From the University of Cincinnati:

ArduPilot has been able to use X-Plane as a HIL (hardware in the loop) backend for quite some time, but it never worked particularly well as the limitations of the USB interface to the hardware prevented good sensor timings.

We have recently added the ability to use X-Plane 10 as a SITL backend, which works much better. The SITL (software…

This is How Nepalis are Using Drones for Humanitarian & Environmental Projects In September 2015, we were invited by our partner Kathmandu University to provide them and other key stakeholders with professional hands-on training to help them scale the positive impact of their humanitarian efforts following the devastating earthquakes. More specifically, our partners were looking to get trained on how to… Tersus Rinex Converter V1.0 is now ready for release. RINEX is short for Receiver Independent Exchange Format, which is well used for…

SMARTNAV L1 RTK field test results, as promised. Please have a look at this previous post before reading.

New Report: The Truth About Drones in Precision Agriculture Over the past few years, the press has emphasized how much commercial drones will be used to improve farming. The assumption is that drones provide more accurate data for use in variable rate technology (VRT) so farmers who use drones will experience increased yields.  But truth be told very little has been written about the measurable benefits and it’s yet to…

All you ArduRover fans out there, this is your chance to once again show your skills at AVC. It's September 17 this year. Here's the new Sparkfun announcement post:

X-Crafts Indiegogo campaign for the next step in its development has launched.

Rescue Robotics has some big goals, but has the the right team of…

Drotek has taken L1 RTK devices on the field under difficult conditions to see how they really perform.

Drotek, based in Toulouse (France) has had the opportunity to test SMARTNAV L1 RTK with laboratory grade devices. This test has been run in straight collaboration with GUIDE (GNSS Usage Innovation and Development of Excellence), a testing… 3D Robotics Google creates its own laws of robotics 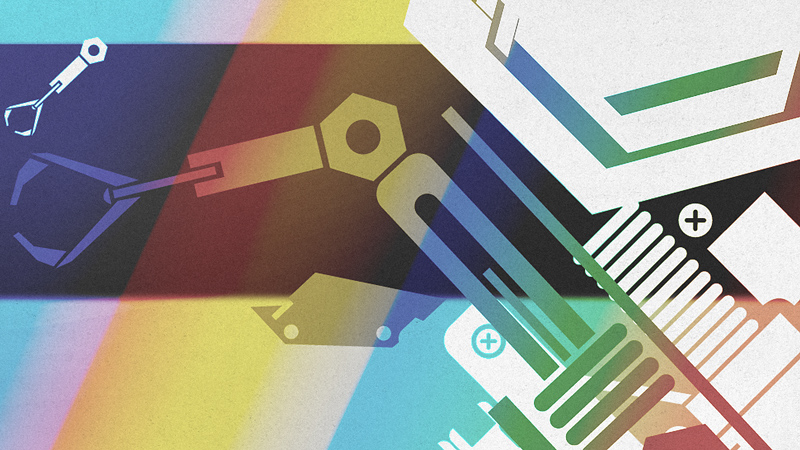 In his famous Robot series of stories and novels, Isaac Asimov created the fictional Laws of Robotics, which read:

Picture this: You're out enjoying a sporting event, just minding your own business. All of a sudden a 2.7-pound …

To suppress vibrations & jello in videos taken by very lighweight camera brushless gimbals is a challenge as none of the classical methods are working well. The more weight, the easier it is to manage vibrations. When you combine extreme lightweight gimbal with a CMOS sensor technology, you'll get very prone to the so called "jello"…

Pharos Antenna is Live on Kickstarter The Pharos Antenna can be used on both the drone and the Ground Control Station (GCS) sides. When used at the GCS side it works as a solid…

The product design of new motorcycle of biomechanical horses.

Demo reel include all application…

Adam and Jay from Aeroworks Productions talk about the newly released FAA Part 107, what it means for current 333 holders and those wanting to get into the commercial UAS market. I wrote an article on our blog that outlines how people of different qualifications can become licensed under the new Part 107, as well as best practices to most easily follow its requirements once licensed.… MAVGAnalysis is a new tool from the PX4 team to give real-time data analytics without overcomplicating a GCS. From the repository:

This JavaFx based tool enables PX4 Users to record and analyse data published via UDP during flight or based on PX4Logs. It is not intended to replace the QGC.…