Hi Guys I got the wing covered With Ultra Cote from a roll I bought 25 years ago when I first got into R.C.and added flaps and Ailerons out of solid Balsa. mounted with 1/2 inch nylon hinges with a brass cotter pin I put black markings on the bottom of the wing so I will know if it is right side up or not I am debating putting 1 3/4 inch slats 3/4 of an inch ahead of the leading edge to give it "STOL" performance I think I will leave it the way it is for now and finish the build I still have…

For all of you who understand the German language, here is a video of a TV show which I watched this evening.

The topic is Electric Mobility and the first part of the show is about the world's first manned multicopter, which they call "Volokopter".… Now that uDrones is a 3DR subsidiary and we've moved half of the electronics production there, uDrones is able to lower prices and provide the latest 3DR electronics. That means that the ready-to-fly ArduCopter Quad now comes with APM 2.5 and the new, awesome 3DR uBlox 6 GPS for… Time has come to make another exciting release. New software has been released for our mini IOBoard. With this software you are not anymore depending on static flashes, blinks and other patterns.

CDX4 version 2 now out and ready to ship Here are a few Build pictures… It was a productive weekend: MP up and running on my shop PC, aircraft firmware loaded into APM2, radio connections troubleshot and calibrated, Wow! There's my house with a graphic quad hovering over it! (I am not worried about giving away my coordinates. Come on by but call first, please.) After performing the leveling cal I even was able to watch the…

What is the High Tech Line? Wingsuit base jumpers call the tracks they fly down "lines". The High Tech Line is what you see here ... lines that are flown with high tech equipment. Little lower, little better glide angle ... and a little less dangerous :)

3D Robotics 40 years ago, the CIA created a dragonfly drone! Back in the '70s, the CIA needed some kind of miniature…

You always have that ONE flight where nothing goes right. 7-27-12

The balloon slipped off the filling neck and got away. We had a backup balloon ! The second helium tank was EMPTY. I built my first quad from scratch.  It's based on the ArduCopter.  I used aluminium towel rods for the arms and some sixteenth inch aluminium plate for the support and sixteenth by half inch strips for landing gear.  The motors are A2217-9 950Kv, APC 10 x 4.7 props, Hobby Wing 18A ESCs, Hyperion 4000mAh 3s lipo,  and an APM 2.0. The total weight is at 1449…

Developer ArduCopterNG v2.7 tested on All In One Pro (AIOP) with a F450 Quadcopter 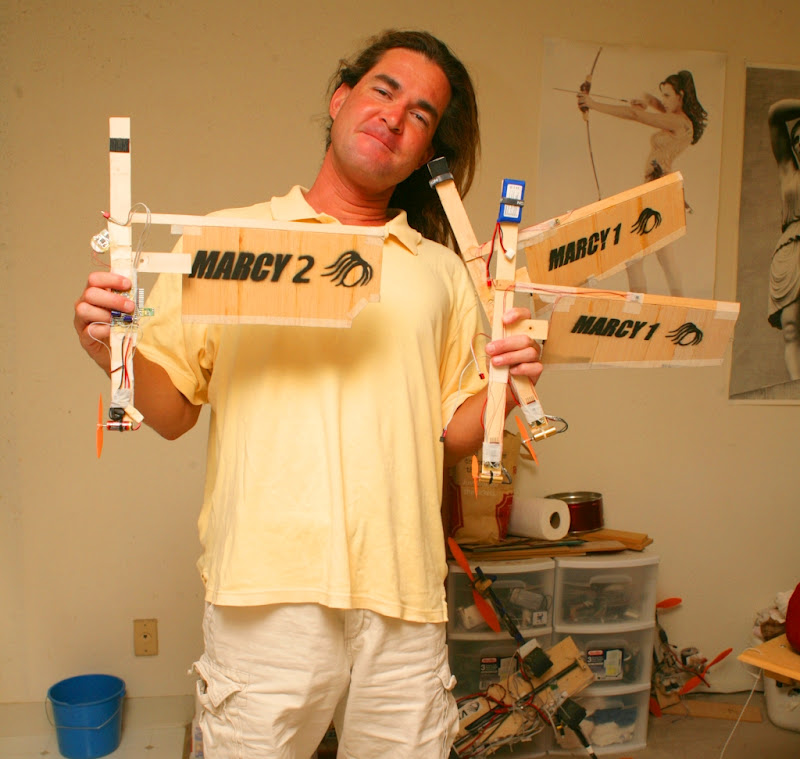 Because of the lack of jobs, the Marcy class… The Target Drone is a great little FPV platform that has been specifically designed for the job and not only is the kit cheap to buy, this great little model…

About the Course
This course investigates how to make… "The do-it-yourself (DIY), open-source drone movement is turning into a real business that could disrupt the commercial and military drone industry. It’s another case of how exploiting the curiosity of hackers can turn into a commercial opportunity.

"That’s the view of Chris Anderson (pictured), editor of Wired magazine and a drone…

Last week we implemented a fancy ticketing system that will enable us to properly track issues among customers and be able to supervise the time response of our representatives but at the same time give them access to a set of tools that will help them be a lot more efficient.

Unfortunately the systems blow up last Friday (the 20th) so we were receiving emails from customers but any of our responses made it out, they were probably sent to the limbo.net.

Some FPV from my Bixler

Just got some recording software for FPV figured out and I figured I'd post a video of me and some friends flying the Bixler in a park. The conditions were pretty windy so there wasn't any fancy flying, but still some nice views :). The battery dies so the motor cuts off at the end of the flight. The sound was coming from my laptop's mic not the mic on the plane so…

Bixler. The sad story of my maiden RC flight.

I've spent last couple of days preparing my Bixler. I did some mods listed here like reinforcing wing spar and fuselage with additional carbon fiber rods and changing prop to 6x4. Even my tail was detachable using …

This week I tested my quadcopter. Some while ago I replyed to a blog and showed my homemade super cheap motor vibration dampers. Some poeple where sceptic. But totday I can show you that my multicopter can fly

Its's build from scratch. Wifi controlled and has aruidno compatible control board. It has a 9DOF imu, but I currently use it as a… This processor, called the Digital Motion Processor (DMP), has been in the APM 2.x sensors from the beginning, but we weren't using it because Invensense had…