The Flying Robot international Film Festival or FRiFF, is an open competitive film festival focused on aerial cinema created from the perspective of flying cameras, aka drones. Festival participation is…

100KM The Snotbot, another drone for good! 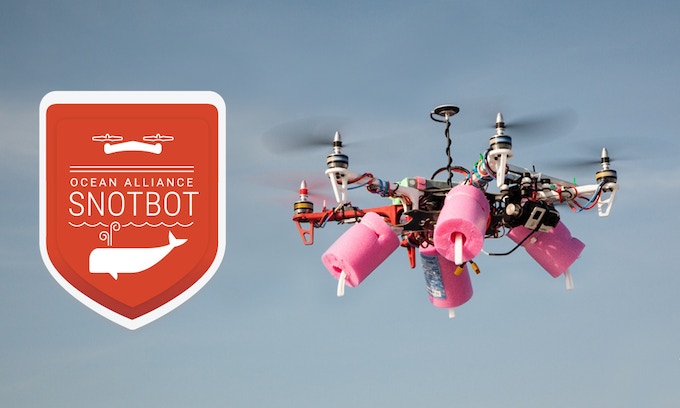 Just when you thought it couldn't get any more interesting.      Along comes the Snotbot.    A whale research drone that is being developed by  Ocean Alliance and…

We’ve already heard about drones being used to deliver pharmaceuticals to patients in remote locations, but scientists from… Facebook's shallow V-shaped plane has the wingspan of a Boeing 737. But even fully loaded down with communications gear, Aquila only weighs between 880 to 1000 lbs — about a third the weight of a Prius. "When deployed, it will be able… What do you guys think of…

It's not a new achievement using wifi as Telemetry but this UART to WiFi module has really long range (up to 400 meters), and unbeatable price. Very small form factor (about 2cm x 1.5cm) and light (3 gr). Great for the small sized UAVs. And your Smart Phone or Tablet will become a GCS with no additional hardware. And with module's available GPIOs…

Drones: A force for good when flying in the face of disaster (UK Guardian) Unmanned aircraft can be put to effective use in humanitarian situations, but a code of conduct is needed to make sure they are used safely and efficiently

Exploring the secrets of flying wing design with CFD. The flying wing design I have been working on for some time now has been slowly evolving as I have learned more about aerodynamics and expanded my skill set with modelling tools of various forms.  I have recently completely re-surfaced my design with new aerofoil sections and better, more consistent surface transitions and have been experimentally analysing the results…

Warehouses logistics and something else

The drone-world is evolving quite fast and nowadays one can see very curious vehicles and configurations that surprisingly (or not) are able to fly properly.

Two weeks after having demonstrated …

We wanted to share a fun video we made recently. Our drones can interact with obstacles and humans, which is opening amazing new applications, be it for accessing hard-to-reach places or for having fun with them.

We achieve that through a passively rotating protective cage an control algorithms that keep the drone stable at all times. More than just a…

[IEEE CSS Video Clip Contest 2015 Submission]
This is a video introduction to controlling self-driving cars, specifically using PID-control. Special emphasis is placed on how the proportional, integral, and derivative gains affect the performance of the vehicle. After we demoed a little five-channel "AutoPylot" program on a Naze32 with ODROID companion board, our friends at A2USA, Inc . asked us whether we could do the same for the Pixhawk that they use for flying their big birds.  We started modifying… Today I want to publish a series of pictures on how you can obtain stereoscopic video 3D FPV flight camera The BlackBird 2. I present one of my latest projects, which aims to create an educational platform to develop aquatic robots/drones. Most pieces are designed and printed with 3D Printer. Congrats to our friends at Conservation Drones, whose collaboration with International Union for Conservation for Conservation of Nature (IUCN) and Liverpool John Moores University on using computer vision to spot chimpanzee nests from the air (using APM-powered drones) has now been published in the … The latest release of APM Planner 2.0.18 is out, which has a number of bug fixes and features added. We were running some tests on RTK / DGPS / GPS these two weeks. Thought it might be interesting to share our results in image format, although the accuracy numbers are already well known.

Test setup is as below:… Visually-Guided Return to Base