If you want to have a go at the MP32 from www.virtualrobotix.com, take advantage of the powerful 32bit ST ARM Cortex-M3 processor and would like to use your OILPAN with the great software the DIYDrones developres are developing, this is a small guide to get things started.

It will cover the biggest…

Hobbyking today released on their website na OSD System Combo which contains a main board, power module, USB/GPS/IR/TEMP Modules with a Remote.

The HobbyKing OSD Combo is a quick and easy way to add a wealth of on screen information to your FPV system. With GPS coordinates, airspeed, voltmeter, temperature, and many more display functions this… 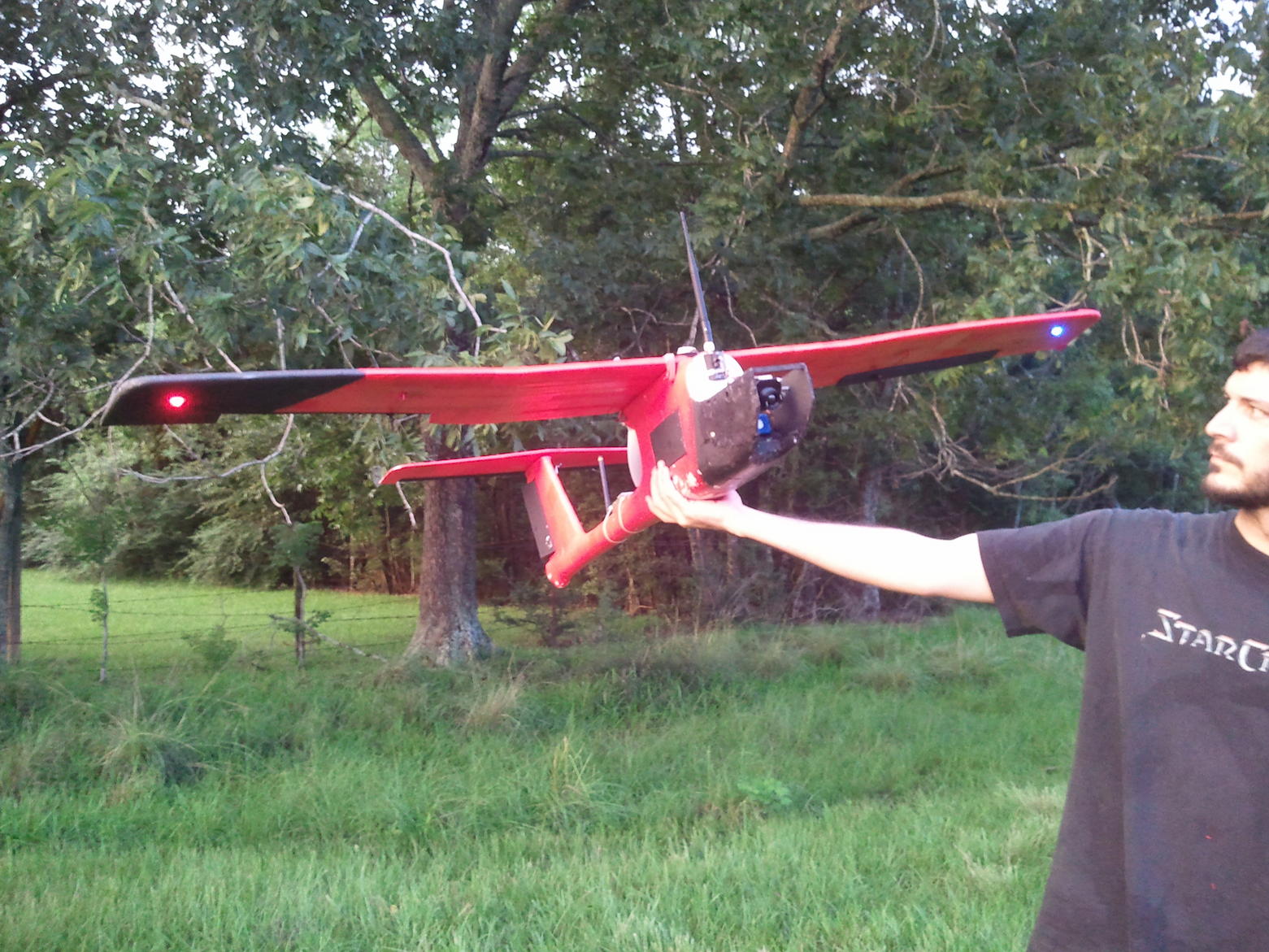 "We finally flew our first thermal camera flight yesterday afternoon. About 10 seconds after launch my co pilot looked at the screen and said something like, "We now have our very own predator drone""…

Moderator Thanks to the DIY DRONES Community

So this is my first actual build log on DIY Drones as I didn't want to be constantly updating the main page with little nitty gritty things. When things get quiet on a build log, you can assume people are busily working on their projects! I wanted to give a shout out to everyone that has made the APM purchase and setup a…

As is customary and traditional, we celebrate every new 1,000 members here and share the traffic stats. We're now at 18,000 registered members. We had another month of more than a million page views. It just took us six weeks to get this latest 1,000 members, which is the fastest growth we've ever seen--we're…

This is a simulation I'm working on to improve the Altitude hold and change control laws. I have identical code from Arducopter running in Flash as OO Javascript so I can ensure the behavior is the same as the real thing. I sampled data from the barometer to introduce identical noise into each copter's solution. This allows me to test PID and other tricks side by side…

This is a cool video and writeup I found on Adafruit.com:

"A micro camera is installed onboard an r/c plane F-16. The camera transmit live…

Moderator AeroVironment have a quad, the Shrike

“With more than four years of customer funding behind it, our new Shrike VTOL unmanned aircraft system is designed to address the need for a small, light-weight hovering aircraft that delivers unique surveillance and intelligence capability not provided by current solutions. Not only does Shrike VTOL hover for more than 40 minutes with a high resolution video…

Another day, another cool feature to call out in the Mission Planner! (These posts are almost turning into a rolling tutorial series). In today's version (1.0.61), when you right click in the Flight Planner, you can directly enter commands such as Loiter and Jump along with the other commands… This guy has a serious FPV ground station. Details here. This was developed in year 2000

I suspect my first method for tuning PID loops was not a great hit because it required 3-view drawings or photos of the aircraft plus inertia data all of which is a bit fiddly. I've now got a new method based on flying the aircraft and logging accelerometer and gyro outputs in response to elevator, rudder and aileron doublets. This method works well with simulated data and I'd like to try it on real data. If you are interested in this experiment, let me know your email address and I'll send… As you've probably noticed, there are new features added to the Mission Planner almost every day (Michael Oborne is amazing). I thought I'd just highlight today's, which is neat. In the Flight Planner screen, your current Waypoint radius (the "hit zone" that qualifies as having arrived at the waypoint, which you can set) is shown. That makes planning missions much…

Developer Lesson: always fly with telemetry or a spotter!

After some painstaking PID tuning and some near crashes, I decided to take out my octocopter and see what kind of thrust it was able to generate. After hovering for a moment, I gunned the throttle and the machine disappeared into the sky. It was beautiful. The only problem was that I had forgotten my Xbee receiver and thus had no telemetry data. My glee quickly turned into panic as I tried to judge which way the octo was facing and how to get it back. As it drifted further and further with… The Biggest UAV i did

Photo of biggest UAV i did. I have uploaded a new revision of APM to the trunk repository (r3665) with automatic flap functionality. I am really pressed for time so am hoping some community members can do some flight testing on it and report back.

Flap functionality can be assigned to channel 5 or 6, using the rc_5_funct and rc_6_funct parameters (similar to setting up… About 5 hours work in it so far, the centre section and motor mounts are pre made for me out of 2.5mm fibreglass

The aluminium is all hand cut and drilled (lots of holes) !!… CNET reports on a cool proof of concept--delivering life-saving drugs by UAV in parts of Africa where road are poot. I've advised that team that fixed wing UAVs might be a better choice for those distances, but they're keen on totally automated delivery and…