Clever! As the poster says, "This is a prototype, soon to be available at www.cxndesigns.com"

So , more than a few people have expressed concern over the amount of wing flex exhibited by the techpod . To exhibit just some of the strenght of the 9 mm OD 7 mm ID tubes I use I put together this quick clip . Thanks for taking the time to read another Blog post.

Yeh I know, I hope to have some time over xmas. I am using this BLOG to clarify what I want to do, attempt to make notes that I can refer to (when I finally get my finger out), and get feedback from people to better… This is an update to my previous post about bulding my first quad copter. Finally the most important packages from China & Hong Kong has arrived, containing the motors and the new Hobbywing Quattro 20A ESC / 3A BEC.

I have also purchased the Turnigy 9x which was quickly updated to the ER9X firmware using a standard Arduino as the programmer. I… Was getting annoyed by the stupidly heavy frame of the Scorpion Y650 which is made of thick fibreglass sheets (available from Hobbyking).  With the GoPro sitting on the camera gimbal and a 4S 3000mAh battery I was only getting 6-7 min flying time.

Thought-controlled quadcopter takes to the skies

Up, down, bank, take a photo! Researchers at Zhejiang University in Hangzhou, China, have developed a quadcopter that can be controlled by thought alone. The idea is to give people with impaired motor abilities a…

Rising to Eight Feet High The bottom of each strip of tape on Elizabeth here marks one foot. Team Gamera

Records are made to be broken, and a bunch of students at the University of Maryland are smashing the ones they just set earlier this summer. They're so close to winning the crazy-hard American… My wing is complete now I am back to working on the fuselage. Having left the fuselage for a while I have come up with some different Ideas for it. My Eflite 6s 22.2v 5000ah 30c lipo battery is about a pound more than I figured on. So I took the air frame back to the shop and lightened it up even more I cut out the material between every…

So we packed a bunch of prototype planes and went to Thailand to do a bit of flying. Much like our Road Trip series but a bit shorter, we'll be showing the ins and outs of modern airplane design - and the fun that can be had while being completely serious :) 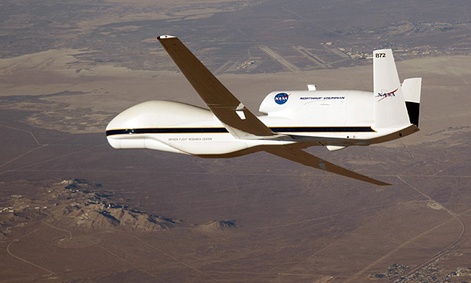 NASA's Global Hawks, for example, were first used to gather data during a limited number of… All launched and landed in Stab mode, few seconds after lauch - mode switched to RTL, then to Auto.

During flight no 1 (has 3 "missions") - WP list loaded in-flight via telemetry.

3D Robotics Important note for APM 2.5 users: if you're not using an enclosure, cover your baro sensor! One of the differences between APM 2.0 and APM 2.5 is that on APM 2.5 there is no daughterboard covering the barometric pressure sensor. So what? Well, if you've got your APM 2.5 in an enclosure of some sort, it's no big deal (the official enclosures will be out in a few weeks and will be included with APM 2.5 orders then; people who have received an APM 2.5 already are…

Quick update on the techpod testing . the milestone of a one hour flight running full fpv gear with OSD has been reached . enjoy :-)

I fast forward around 1:30 and go back to normal speed around 55:00 so you can see it pass the 1 hour mark and land .sorry for the poor quality of the upload . the origanal looks way better . I am trying…

On this episode of MyGeekShow we tested a new airspeed sensor we installed on the Shrike. It allowed us to get our first cruise airspeed, max airspeed, and stall speed. Very cool!

I have been following DIYDrones for years now, and have gleaned lots from other people's efforts along the way.  I recently decided (after finding some cost effective frames on ebay) to get started for myself.

I started the heli hobby 2 years ago with a trex-450 in which i learnt pretty quickly, start small... much smaller than a 450 class heli!  Constantly breaking various parts of the 450… Thanks for taking the time to read this post. First of all I would like to reassure you that this is in no way a criticism of the code or the Dev team, they have done a fantastic job.

I am working towards making my own contribution to the Arducopter code base to improve the "Fly by Wire" aspects, but it will take time for me to get the environment set up. (two…

UPDATE : I have discarded the Zephyr V70 option due to input from you guys . I am now torn between these : The $179 "Care Package" version of the new videogame comes with a "MQ-27 Dragonfire Drone" (whatever that is). News here. I just want to know your opinion about this page:
http://uniteddrones.com/products/aether-aero/

It says that their quadcopter can fly for 4-8 hours thanks to their propietary technology.

Anyone knows something about this? It it's…

Hi guys, the weekend in Montreal was great, really hot out there but we still had a lot of people coming down to the Big O for the Faire.

It was a first time event for the Montreal Maker Faire organization and I think they did a great job.  They will be taking in all that experience and making an even better event next year.  (Better venue? Maybe)