I believe three of the biggest misconceptions in the drone industry is how fast it will grow, which sectors will grow, and which ones will lag.

No one disagrees that drones—both consumer and professional—represent a new and emerging market. Drone market forecasts abound. We currently track 73 independent companies that provide market forecasts, and each of them…

I want to share my latest project, Skywalker X8 Tiltrotor. It uses Arduplane 3.8.2 firmware. Tilting mechanism and integration parts were printed with  a 3D printer. I made some transition tests a few weeks ago.

I made its maiden flight one year ago.…

We are running an auction on our first batch's hardware and I thought it was something diydrones would be interested in. Our first batch is 1240-1300 MHz, with included HDMI/camera inputs.

Bonafidepirate flew it to around 14 kilometres using a 8 dBi patch antenna:…

Did you know you could build your own Li-Ion battery pack ?

Li-Ion batteries have the highest energy density per unit of mass available to us.

In comparison with LiPo batteries, you get 30% less weight for the same mAh capacity, which translates into direct endurance or increased flight autonomy.

We are happy to share DroneePlotter -  Drone Flight Log Analysis Tool  with drone comunity to make analyse and sharing easier.

DroneePlotter works on browser not (on server) Just drag and drop the log file . It parses binary log file inside browser instantly with Java scrip, and it works very fast .

We are launching the Fly4Fall campaign, a worldwide initiative to crowd-source science from the drone community over the next few weeks. Please pass on to others you know!

In these two videos you will see some recent results on autonomous exploration of tunnels in visually-degraded (dark) conditions. Both localization and mapping, as well as path planning and control are handled completely autonomously. …

My colleague and I received a lot of help from the DIYDrones community two years ago when we launched the Series 1580 with our company RCbenchmark. We had just finished our masters in robotics. After a lot of work, we are now releasing the Series 1780, a dyno to test motors and propellers producing up to 25 kgf of thrust. 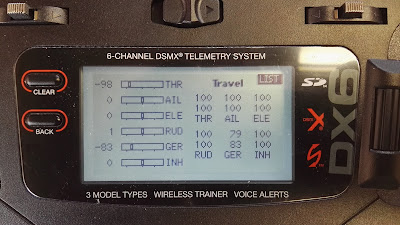 I've looked around the web to get an understanding the setup of the Ardupilot flight modes with a Spektrum DX6 2nd generation and there was none. So I decided to write this blog. The few things to consider when doing this:

What is Tiny Whoop Micro Quadcopter?

Tiny Whoop is a small FPV(first-person-view) micro brushed quadcopter, its propellers are protected by EDF ducts that also makes it a very efficient little machine, we can fly FPV around people and kids safely. It allows some insane indoor FPV flying: chasing people,… Halloween can be the most fun time of the year, the time of pumpkins, candies, ghosts, witches and of course some great battery offers! It’s been a long waiting offer but finally it has arrived on gensace.de. This is really your perfect time to look out for some great deals to stock up you battery supply. Winter is approaching. Nothing can stop the hobby lovers. Take out your tiny whoops and cars, it’s time for some indoor RC fun. There are also many good deals for your…

Size: This most important factor to consider before deciding to choose the best… Today I am going to introduce my UAV Bixler project.

I bought this Bixler airplane from H.King about several months ago and wanted to put pixhawk in it to test how well it can fly autonomously.

After receiving the plane I searched the web to get any information about how to modify the plane. There are many DIY examples on such thing however most of them requires cutting the fuselage half or cutting the entire nose section. I think this…

It's customary and traditional that we celebrate the addition of every 1,000 new members here and share the traffic stats. We've now passed 86,000 members! We're also more than ten years old!

Rather than simply give the usual monthly traffic snapshot, I thought I'd give the data for the whole decade, which tells quite a story.

Drawing Colored Trajectories in the Sky

Hi! I'd like to share something i did about a year ago as a part of my master thesis about aerial construction.

You can read much more about it here: https://www.artyommaxim.com/

DIY: How to assemble a drone from everyday's material Have you ever dreamed of assembling a drone with your own hands? Now you have such an opportunity. Like all writers on PaperHelps, we love to fantasize. And soon we are going to build on the drones in order to arrange a…

I am sure most folks here would know how to do this, the more I play with the Sky Viper the more impressed I am with its potential as a lead into the world of Ardupilot and yesterday even UTM's

The official hacking thread is here.…

Eagle Eye-30IE is a 3-axis high stabilized gimbal with EO(electro-optical) and IR(infrared) sensors for drone inspection,surveillance,search and rescue applications.The SONY 30X zoom camera provides 1080P 60FPS full HD video streaming and up to 360X zoom capability,which enable you to see every detail you need in the air even you are…