Check out what Harry and I have been working on in the 3D printing group.

We're designing air foils that can be 3D printed.

Check out this discussion to get the Blender CAD files, and for more details: Vice did a really well-made 20-minute documentary on the domestic drone boom, including a fun visit to 3DR. Here's there description:

When Chris Barter, program manager for the … Nice job by IEEE's Spectrum's Paul Wallich in creating a DIY "follow me" box (working with ArduCopter) to keep an eye on his kid on the way to school. Sample from the article, which appears in print this month:

On school-day mornings, I walk my grade-school-age son 400 meters down the hill to the bus stop. Last winter, I fantasized about sitting at… I know that people have discussed this before, but I have yet to see anyone declare that they built a worthwhile system or create any documentation.  I did see some youtube videos using pyro charges, but that makes me nervous.  I want to use CO2.  If anyone has any information or observations I would love to hear it as I start this project.  I am throwing all my ideas out there to see what people would do differently, or to find out if it is a pipe dream (pun intended).  So here we… Originally designed for road/bike videos, it supports flight videos/tracks, too:

GPS4Sport has just released a new product that combines GPS track data with action cam movies, then overlays the movie on top… Just got back from the park, was going to do some FPV.

Everything looked good, lifted off, corrected for a bit of lean to the rear, it got worse, corrected more, hit full forward and quad continued to accelerate in reverse, killed throttle and rolled it breaking a prop.

New prop, lifted off and it started again. This time all that air time training I've…

Slightly off topic for the minute but there is a UA element soon. Lyndon is a friend of mine and it was with him many years ago that this entire UAS interest (pun warning) took off for me. At the time Lyndon was looking for antelope… Moderator Prepping for the Drone Olympics 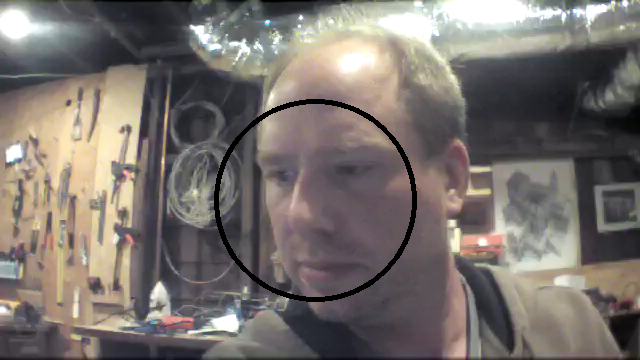 Andreas and I will be at the Drone Olympics this Saturday.  We received our loaner ar.drone and started fiddling with it.  Chris of course is judging, but is anybody else going to be there?  We can wear the diydrones colors to identify ourselves!

The beauty of open source is that if you don't like something, you can change it. So here I am showing you my last changes to both: Mission Planner and ArduCopter (in the future it could be moved to library to be used by all Ardu* projects). Just spent a couple of hours getting my head around the MultiWii V2.1 serial protocol.  This involved looking at EOSBandi's MW-WinGUI Visual Studio c# code and adapting the essential bits I need to a simple test VB 2010 app.  The app sends the commands to get the GPS bearing and distance to home as well as the Baro altitude.  The BT module connected to the Pairs… Happen to run across this today.  Great interview and a look at the workshop! As a dad, this is the kind of thing I can get behind. A Kickstarter project for an iPad (and eventually other platforms) game to teach the principles of aeronautics through simulating bird flight. Called AERO, you can get a copy of the game when it's…

The USA trip is back in focus! (I had taken a few weeks off to do a side project)

I'm also announcing a new airplane, the Polaris; a combination of the Nova and Shrike. It will feature a longer endurance airframe and power supply, and, of course, full automation through APM.

I'll capture the build process while I build the Polaris, and present it as a build log for others to follow along.

More about the USA…

How About Open Source? Yesterday HK released a video about their new 433Mhz LRS modules.
And i shocked. Because it is unauthorized copy of my OpenLRS !

OpenLRS is an Opensource RC and i'm the developer of that system.

Stop the video on 1:08 and check the receiver.… If you're thinking of competing in this weekend's Drone Olympics in San Francisco, this tutorial will come in handy. Or even better, replace the AR.Drone's closed-source controller with the open source PX4, and make a real… ArsTechnica has a good primer on UAV control theory and machine learning. The good stuff starts around page 2. Here's an excerpt (citing this Stanford research):

This is my first real test flight of the APM 2.5 on my Ace Quad copter.

Its a pretty good demo of what it can do. During the manual control I switch back and forth between stabilize and loiter modes.