As some of you may be aware off, there have been a lot of modding/hacking activity with regard to DJI products lately. In what seems to be an response to this, DJI has just taken the unprecedented step of forcing an app update on all users not running the latest GO 4 v.4.1.3 version.

Personally I find this action worrying on many levels. Especially since the only…

For the attention of the users, supporters, fans and corporate users of ArduPilot:

The ArduPilot project is going through a transition. We will no longer be associated with DroneCode and instead will be focused…

GoPro quietly announced its Developer Program on Tuesday, as it looks to incorporate its action sports cameras into third-party products. Third-party…

SAN FRANCISCO — The national group that represents companies that make and sell drones has split, with those focused on consumers…

Just a normal day in the park

I just came across this one.

Disregarding all the usual concerns involved with manned flights of this type etc. I like the technical solution of using many self contained units, each with it's own battery, ESC, motor and propeller. Keeps it…

Another multicopter crash into a crowd..

So it happened again, and it will continue to happen until people realize this technology is far from mature enough to be used for such tasks.

Aside from endangering peoples lives, the public opinion created from such incidents will be very damaging and contribute to overly restrictive UAV laws in the future.

Do not fly over…

This video was just posted by EndOfDays, a well known figure in the photo/video multicopter scene.

And for the record, let me just say that some people have WAY to much free time. :) So no completely trusting that Santa had gotten the message, I made sure that there at least was one present under the tree that I would like.

The YS-X4 is the latest multi-rotor autopilot from ZeroUAV, and their entry into the relatively low priced hobby segment. Since this blog… Just a heads-up that Teensy my favorite small form factor Arduino compatible board, just got a solid upgrade with the 32bit ARM Cortex-M4 48mhz based Teensy 3.0. The Teensy…

Parallella: A Supercomputer For Everyone (Kickstarter) I just want to give a shout about a Kickstarter project that I think deserve some attention.

I guess even the big boys have to try a couple of times before they get it right. :)

Confessions of a gadget addict... I am probably going to get hate mail for this, but a clear warning to any future addicts needs to be made. So here goes.

I was doing some spring cleaning and those darn DIY gadgets just kept on coming out of the woodwork. I knew I had a lot of stuff lying around, but this time I even surprised myself. And this is just DIY/FPV/Autopilot electronics…

Some of us, do not live in California with 300+ sunny days in a year, and have to cope with rain and bad weather. The new watertight Fujitsu Arrows Tab looks to be perfect for such days. 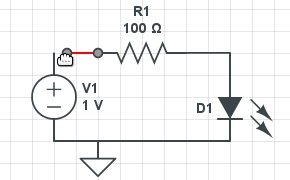 I just discovered CircuitLab, a online electronics simulator. I haven't had time to play much with it yet, but it looks very promising from what I have seen so far. Especially considering that they just launched the site.

There has been some posts lately about people building and trying to fly full scale multi-copters. Following this trend I though I should share the most successful project I have seen so far. Mr. Ivoprop over at youtube seem to have a fully working octocopter design built around…

Very interesting technology with lots of possibilities. The demonstration subject should also be well known for most of us. My own limited testing show that quality of results vary greatly. Has anyone tried using photos taken with a UAV…

The PPM Encoder team has been working on a new servo input to ppm firmware for the PhoneDrone board and any future boards using the ATmega32u2 chip.