We have published a guide at work, it includes a bit about just how accurate surveys are without ground control points. That should be of interest here. I can't embed this video because its disabled on the original. But Andrew reveals a little bit about the OBC and LOHAN. Well worth a watch.

Tiaan at sUAS News has recently updated our interactive map of all the current 333 holders ahead of our first guide coming out. 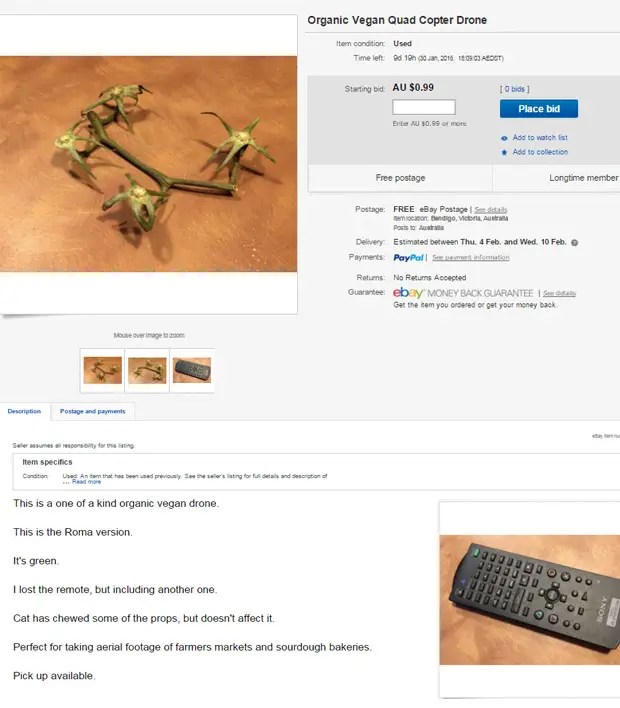 This is brilliant and nicely rounds up the hype and BS that surround RPA. I'd like to see it on Kickstarter and then given an award at CES.

Best watch this if you are in the USA, AMA caves on registration

Q: Why did AMA change its position on registration? Why are they telling members to…

US drone registration rules to be announced today (Monday)

We heard yesterday that this was coming and have been given an idea of what's in them. Its not the best if true. I spoke at a the Global Forum for Innovations in Agriculture, Durban yesterday and 3 out of 4 projects presented, from South Africa, Kenya and Namibia used Ardupilot and either Pixhawks or APM.

The only project that didn't was funded by Bill and Melinda Gates. There were zero…

T3 the Vertical Horizontal one This one should be easy if you have any of the current crop of Kickstarter VTOL airframes, of course I will award less points so you might not win.

Autonomous hover for at least 1 minute after take off

Transition to winged flight and fly no higher than…

No FAA to worry about on this one, I would like to think DIYD members could or even should win this.... Find this and comment here http://www.regulations.gov/#!documentDetail;D=FAA-2015-4378-0001 Thanks Steve Zeets for the heads up. The U.S. Department of Transportation’s Federal Aviation Administration (FAA) today announces the largest civil penalty the FAA has proposed against a UAS operator for endangering the safety of our airspace. This chap got off lightly I thought with the amount he was fined, much less than a flyaway that landed in a nuclear sub base. Its not the first prosecution in the UK as many outlets are touting, but the first of this… 1. PURPOSE. This advisory circular (AC) provides guidance to persons operating Unmanned Aircraft (UA) for hobby or recreation purposes meeting the statutory definition of “model aircraft” contained in Section 336 of Public Law 112-95, the FAA Modernization and Reform Act of 2012. This AC describes means by which model…

Pixhawk Prizes for Pronto Pair :- T3 Back to the Future Winners This time we asked contestants to complete 5 laps and Dawid Preller flew a blistering time of 221 seconds. That's 44 and a tiny bit seconds a lap including launch… The unconfirmed report is that a “company survey” aircraft impacted a small UAS at 2,500 feet near Lewis University (KLOT) on August 27, 2015 causing damage to the leading edge of the manned aircraft wing.

More as we get it but this is what… This is the sort of thing T3 entrants get up to, well done!

HABLEG has a mass of 7kg, a wingspan of 3m and can carry an additional payload of up to 3kg. The flight was conducted at the rocket base ESRANGE in northern Sweden, where the glider was lifted to an altitude of 20km by means of a helium balloon. Upon release in the low density atmosphere,…

T3 back to the future a reminder First off Chris Anderson reminds everybody he is known as old tiny hands in the 3DR offices, this the servo for the rover that he is entering into this round of the competition.