Add a RaspberryPi and a pair of $100 3G modems to Pixhawk and you can have telemetry via text message as far as the cell networks go!  The code, based on Dronekit, is …

The future of no-fly-zone geofencing (from Wired) Smarter geofencing features are coming to drones like the 3D Robotics Solo and DJI Phantom series. In both cases, the GPS-driven safety features are driven by a company called AirMap.

Not sure why this is better than throwing, but perhaps it handles bigger planes better? At any rate, it's a clever design.

Those $3 Wifi modules can be extended to surprisingly good range with the right antenna. From Hackaday:

With progress slowly being made on turning the ESP8266 UART to WiFi module into something great, there is still the question of what the range is for the radio in… 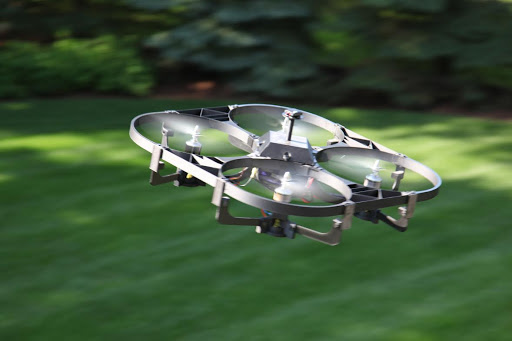 From Matterhackers, a profile of the making of Freebird One, a…

New Pixhawk-compatible board from HK The PX4LITE is the next step in FC hardware with its powerful ST micro 32bit ARM Cortex core and massive I/O support. The PX4LITE is one of the most advanced autopilot systems available with support for… Big news from Dronecode, where Qualcomm, whose Snapdragon Flight board was the hit of CES, has moved up to become a Platinum member. Also another 27 companies have joined. This new companion computer from Volta costs just $299 but brings a huge amount of power to Pixhawk-based drones. It's designed to compete with the DJI Manifold at a lower price, and it's open source. OpenCV-based computer vision, streaming HD video, 4G wireless and a 30-second installation with Pixhawk.…

The basic premise of the Fleye is simple: take all the spinny, choppy bits of a drone and encase them inside…

Very cool hack in the classic DIY spirit from Hackaday:

Since you’re going to have to be flying your “drones” indoors anyway in the USA, at least in the US Capitol region, you might as well celebrate the one freedom you still have — the freedom to re-flash…

We designed Solo to evolve. Since we launched, we’ve continued to create and deliver new features that will surprise and empower drone users and moviemakers of every experience level and interest. This latest software release is a big one, and does what we want all our releases to do: It makes every Solo out there a better…

Looks like a cross between the Parrot Bebop and the Sensefly eBee (also a Parrot subsidiary). Indeed, that's almost exactly what it is. Announced at CES today. I was a Kickstarter backer of the XPlusOne VTOL aircraft, and I was able to get it for $199 as an early backer.  Now it's sold at the… 2015 was a year of remarkable progress in the consumer drone world, and not least here. As is customary, these are some of the highlights of the year on the DIY Drones and APM software development community.