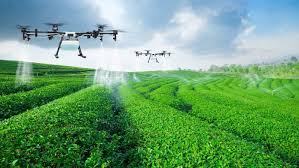 The agricultural sector across the globe is experiencing transition by replacing and changing the traditional framing processes and equipment. The implementation of automated farming equipment like agriculture drones and robots is facilitating the farming business for earning greater profits by adding analytical decision methods and autonomous operations.

According to the research report from Facts and Factors, the global agricultural robots and drones market in 2019 was approximately USD 4.04 Billion. The market is expected to grow above a CAGR of 18.9% and is anticipated to reach over USD 13.58 Billion by 2026.

The emergence and adoption of automation in the agricultural sector are primarily driven by factors that include depleting resources like arable land, underground water, growing demand for global food production, and a rising dearth of manned labor in agriculture. With many governments investing in supporting farmers by providing incentives, good crop prices, and developed supply chains, the agriculture industry is expected to continue the growth trajectory. In addition to the above initiative, governments are also investing in farming technologies that are intended to improve farming efficiency and profit. This has led to rising research and development of automated farming systems like drones and robots. Additionally, the private players operating in the farming technology business are providing customized services to the farmers by providing technology deployment assistance and compatibility analysis for benefitting the farmers. Owing to the above developments, agriculture drones and robots are projected to replace traditional farming methods and requirements, which in turn is expected to catalyze the growth in demand for agriculture robot and drones market.