The sun was out, the winds were light, the temperature was about 85F, it was my birthday. There was nothing else to do but discover if all the time, money, energy, planning, and hope would work out.

It was a qualified success! Qualified in that I think pitch is reversed but in the case of today's short effort, it was another event of discovery on the road to longer flights. 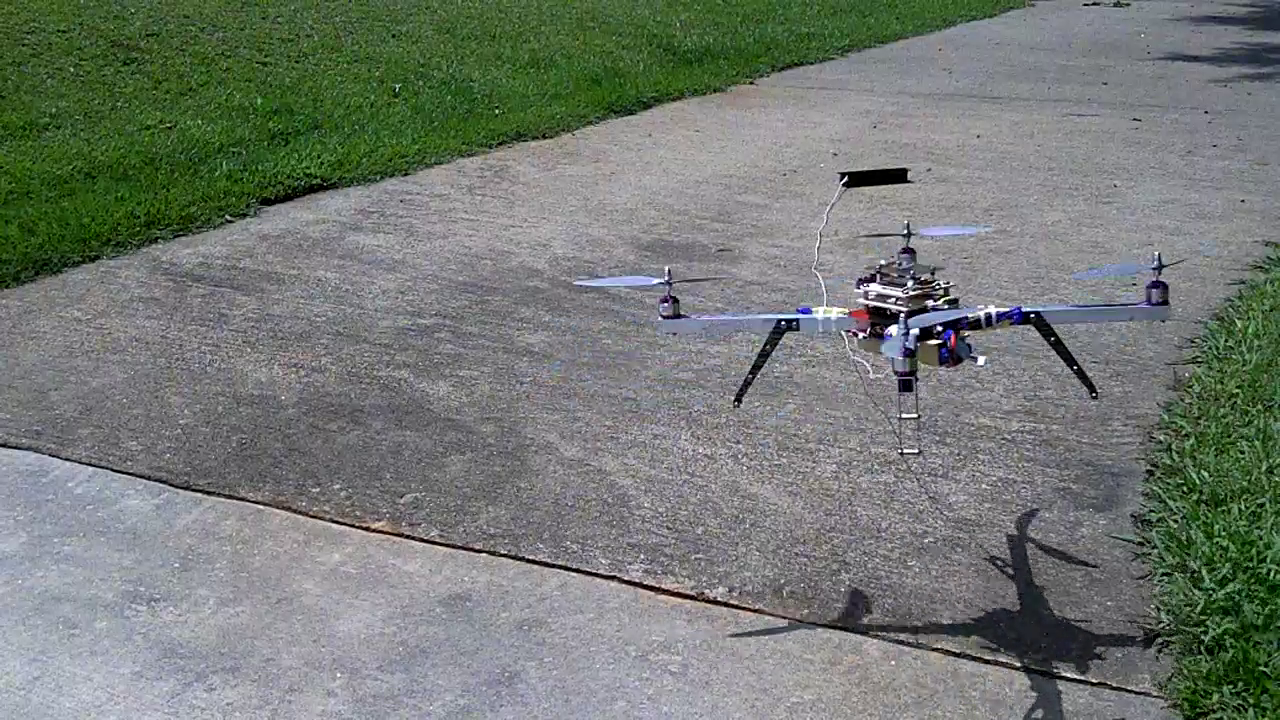 The good news was I did not break a prop! The casualty of the trials was a leg! Anyone out there want to report how the stock 3DR legs break? They do sell spares at the store so I suspect one or two have failed. The leg breaking may have been encouraged by the tether arrangement. The quad was blown while the line was taught and circled into the yard while I lowered the throttle. It impacted on the leg sideways moderately hard. The ground was wet and the toe stuck in the dirt while the copter kept rotating. The break was where one might expect it, at the through hole for the cross brace. If it had been on the driveway, I suspect it would have just skidded.

From my previous blog posts you would have known that while cutting legs out with my home brew CNC mill, I made plenty of extra legs. 10 minutes on the bench later and the Arudcopter was ready to go again. Unfortunately it was time to pack up and go see the grandchildren.

The tether weight was an old lamp ballast I use for a glue weight. I didn't think the copter could drag it anywhere especially with the small 'purple' motors (3DR sourced).

While driving to Tennessee to see the kids, it occurred to me that some sort of telescope/tilt platform would be a good tool for a copter-in-adjustment. All too often I read posts of noobs like me wanting to blame the APM or code for a setup issue. I suspect some form of gimbal jig to allow a tethered hoover would confirm if a command axis is reversed.

Throttle was good with liftoff around 52% of stick. Yaw seemd correct but the tether would yaw the quad when wind blew it to the rope end.

All in all, I am pleased and it was not a bad way to spend my 54th birthday.