I recently entered the first MAAXX-Europe competition to be held at the University of the West of England (UWE).  On the surface it's a simple challenge in which UAVs must follow an oval circuit of one red line, around 20m by 6m.  However, this proved to be anything but simple and with few rules about how many could be on the circuit at the same time...  you get the idea!

So before you read further, I didn't win (I came 4th of 6, which I am pleased with as a hobbyist up against university teams).  However, my hexacopter did complete a lap and I now know exactly what worked really well and what didn't!  And it's that knowledge I wish to share as part of the payback for all the open-source community help I have had in the last year.

So this might be of interest to you if you are interested in UAV image recognition, control systems and the systems integration of a companion computer (Raspberry Pi alongside a Pixhawk).

It's also a big thanks to Steve Wright of UWE and colleagues for laying on the event, which together with the UK UAV Challenge held annually at the UK Drone Show, promise to greatly accelerate our capabilities in this expanding market.

To build an endurance UAV built for high efficiency, flying 20cm from the floor.  This would:

Because it was built to run at low altitude and is of fulsome size, when asked at the competition it was immediately named 'The Groundhog'.  Great concept, great potential - what could go wrong?

I'll deal with each area, post the code (warts and all) and evaluate the effectiveness of each. 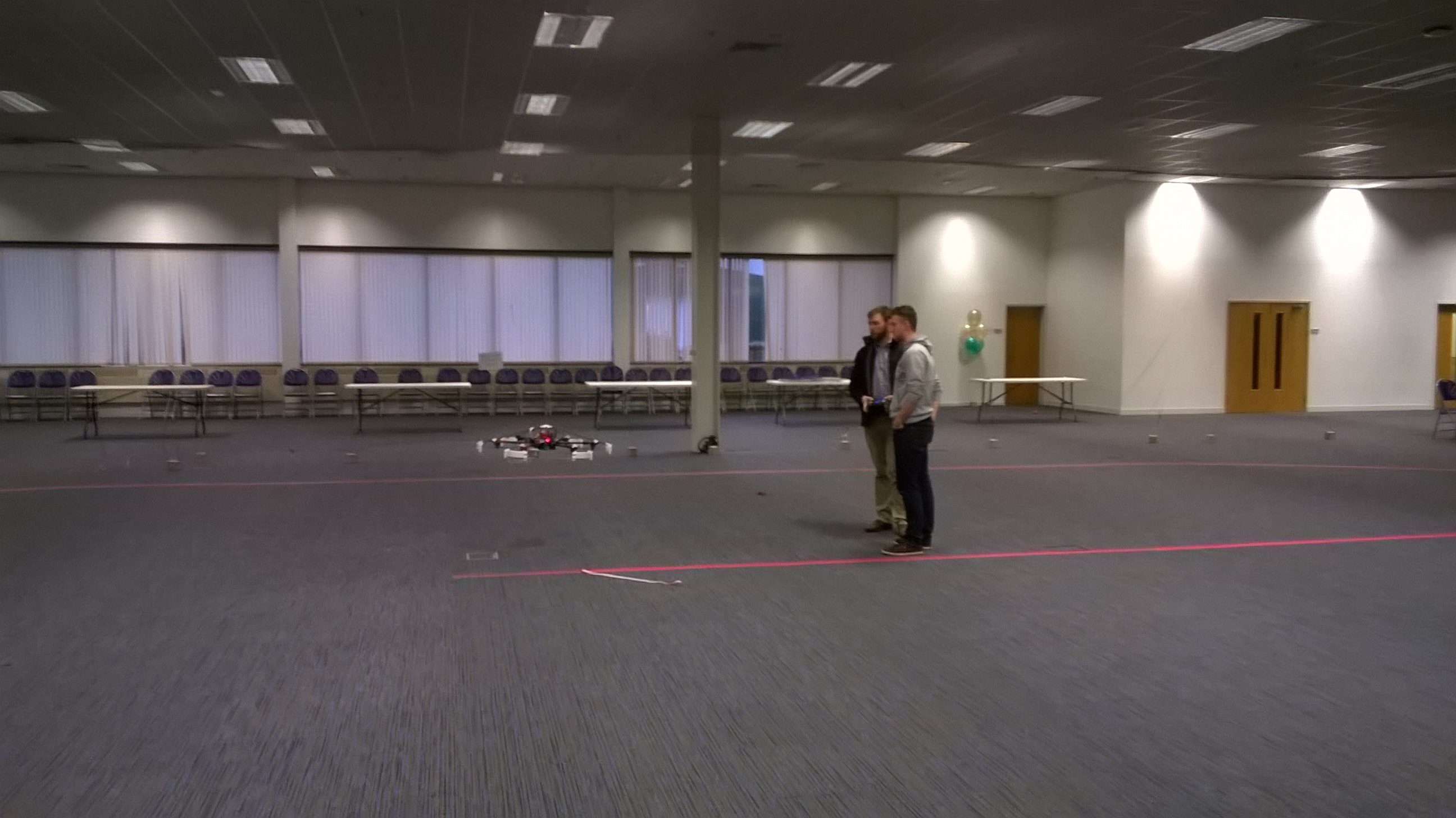 The track and The Groundhog in action.  Line recognition was good - both accurate and reliable.  Except for the segmentation faults!