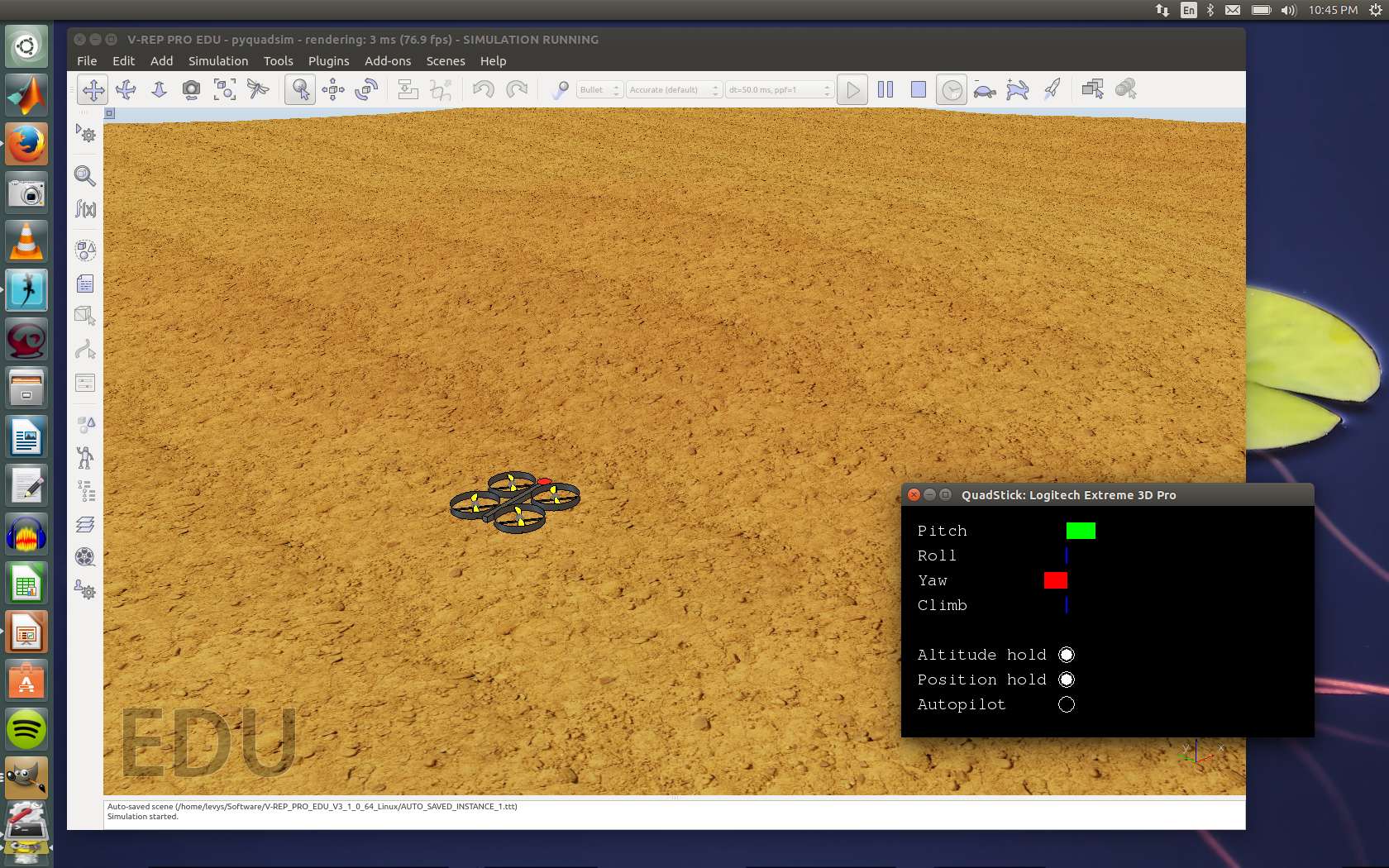 PyQuadSim is a Python program that allows you to fly a simulated quadrotor miniature aerial vehicle (MAV) from a variety of controllers (joystick, R/C transmitter, PS3 controller).

You can modify the source code to add new sensors and other features, as well as configuring the simulated environment for different kinds of missions.

PyQuadSim uses the powerful Virtual Robot Experimentation Platform (V-REP), but does not require programming in Lua or writing a plugin in C++.

I thought some of y'all might find this useful:  http://home.wlu.edu/~levys/software/pyquadsim/