Recently, a company called 360.place contacted me about mounting a GoPro VR Rig to an Inspire 1 drone. Getting paid to work with new and interesting technology is pretty much the most fun an engineer can have, so I was thrilled to take on this challenge. After about a month of work designing and building the rig, I had something that the customer was pleased with, however, it definitely took some work to get things right. Here are a few of the lessons I learned on this project, as well as a few that I got right the first time!

When in Doubt, Measure or Weigh

At the start of this project, 360.place decided themselves what type of drone and camera they wanted to use. The good thing is that two of the project conditions were already taken care of, but on the other hand, I had my doubts about whether this drone could lift what we thought was a 5 pound weight. After the vehicle struggled to lift 4 pounds in a test video (not ours) seen below, a 5 pound weight plus whatever I needed to use to attach it seemed like it would be impossible.

Not having my arms “properly calibrated,” 5 pounds seemed like a good assumption after holding it, but when I went back to their office to discuss the project further, I brought a precision scale. Although I thought this might have been the end of the project, the rig actually weighted in at a much more manageable 2 pounds. It was time to start planning 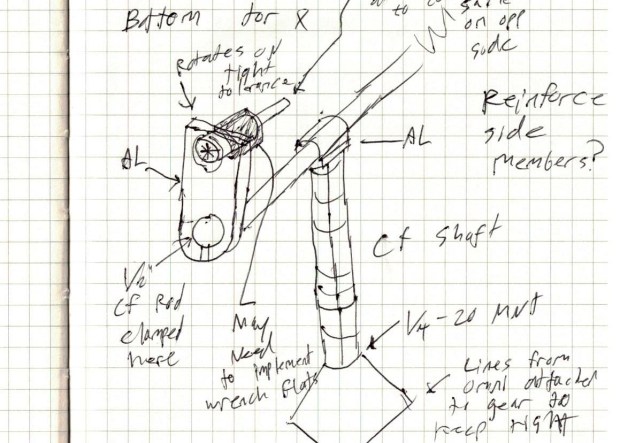 The obvious solution to mount this rig was to run some sort of rod down from the center of the DJI Inspire. This has been done before, but I didn’t see a good way to do it without modifying the quadcopter itself. For better or worse, when I can’t figure something out, it just tends to churn over and over in my head until I have a good solution. Perhaps I should figure out how to charge for these random “unguided brainstorming” sessions. On the other hand, listing “$300: staring off into space for several hours” on an invoice likely wouldn’t go over too well.

The final idea hit me while driving, “Why not mount it to the carbon fiber rods attached to the motors?” I’m not exactly sure how inspiration struck, but having 30 minutes or so where I was entirely free from distraction besides staring at the road really seemed to do the trick. Perhaps taking a break from everything once in a while is a good idea in the creative process. Just remember to note your great ideas down when they come!

Pay in Dollars or in Weight 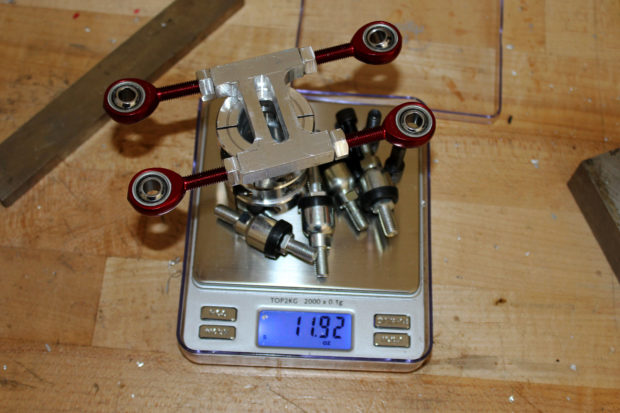 One thing that struck me while doing this was how expensive carbon fiber and other lightweight components are. The rods attaching the camera rig carrier to the Inspire cost well over $100, and I purchased several components in aluminum that traditionally would be made out of steel. Add to that some machining time to take off extra material, and the costs really start to add up.

The whole time I was designing this, I concentrated on weight and keeping the Inspire far away from the VR rig in order to keep the shots as clear as possible. Unfortunately, the farther away from the quadcopter the weight is mounted, the greater the angular momentum acting on it. As seen in the video below, before I reduced the length of the rods, things did not go well:

Or as Archimedes said: “Give me a lever long enough and a fulcrum on which to place it, and I shall move the world.” Perhaps today he’d also add, “…Or death-spiral a quadcopter.”

After the first failed experiment, we loaded up the quadcopter incrementally. First we just used the rig with no weight, then a lighter Samsung camera, and finally a weight representing the Omni. There was no real problem this time, but perhaps if we’d tried this procedure the first time, we could have avoided a crash.

Record Your Trials, Know When to Bail

The one upside to this crash was that we did record it from several angles. Besides perhaps being educational for others or even myself pursuing their own filming system, I found it quite entertaining.

One thing that may stick out is that while the pilot tried to go catch the Inspire, you can see me leaving. Though it might not look very “heroic,” having worked on and around machinery for many years, I always try to remember that your hands, eyes, or life isn’t worth whatever piece of equipment you’re working on. When things start to crash, in most cases it’s best just to let it happen.

Practice On Small Drones is Good 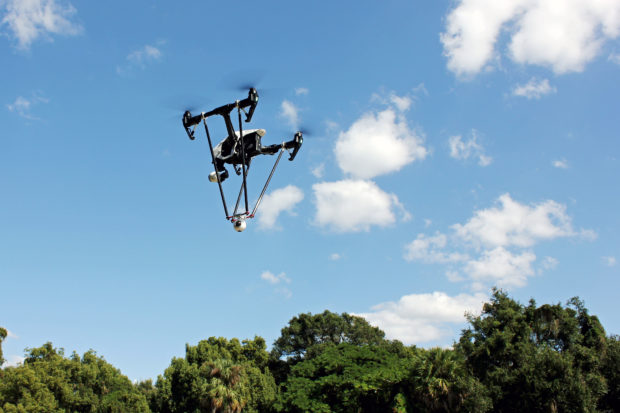 During this process, I said that I didn’t want to fly the drone, I’d leave it up to the customer. Probably a good policy, but while I had it to work on, I needed to do some landing gear testing and decided to take it up myself. I had permission, and had been assured that it was OK with the customer, but obviously didn’t want to crash their multi-thousand dollar quadcopter.

To my pleasant surprise though, the controls worked in the same manner as the little Hubsan drones that I’d crashed hundreds of times, and I was able to take off and land with no problem.

Though it was easy to fly with no payload, after trying it out myself, I requested to fly the entire rig during our final test. This wasn’t a problem initially, but when I decided to pull in for a landing I was a little off, tilting the quadcopter, and eventually causing it to topple and crash. Fortunately, there was no serious damage, but I was quite embarrassed. The gimbal mount was cracked (re-cracked actually, since I repaired it from the first crash), and one of my custom rod ends pulled out of the carbon fiber. 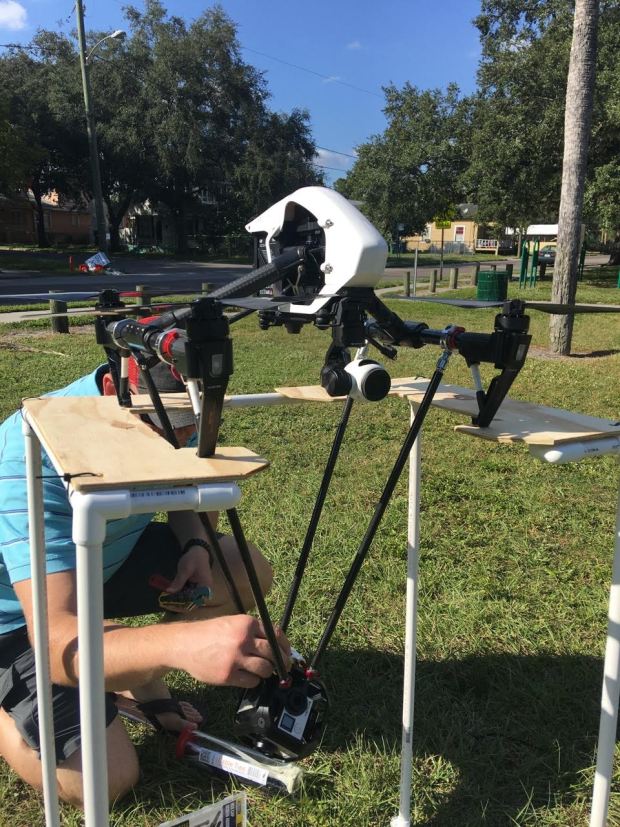 The good news on this though is that I brought everything I though I would possibly need to the test site. Once I’d examined the defects, within a few minutes I had epoxy drying in the appropriate places, and the drone’s normal pilot went on to film on location in a few days. Here’s some footage that he took:

Overall it was a successful project, and I hope I can help them with other projects in the future. If you’re interested in building your own rig, I put my design and bill of materials up here (with permission) as well as more information on the design process. I invite you to check it out, and hopefully this post helps you realize what went into building it!