Hi All, I am doing some contract work for a local drone company. They recently purchased the flir vue pro thermal camera. The problem is this camera as far as I can tell does not have any way of receiving gps coordinates to geotag the images. They plan to use the camera to capture snapshots on demand using a trigger on the controller. They need to have accurate gps coordinate for every image so that during post processing a 3D image can be reconstructed. Unlike normal images taken with visible spectrum, thermal images do not have enough features in them for the post processing software to be able to stitch them automatically.

We came up with the idea of using an arduino uno with an SD card writer. The arduino would receive the PWM trigger at the same time as the camera and would record GPS coordinate onto the SD card. Here is a rough wiring diagram: 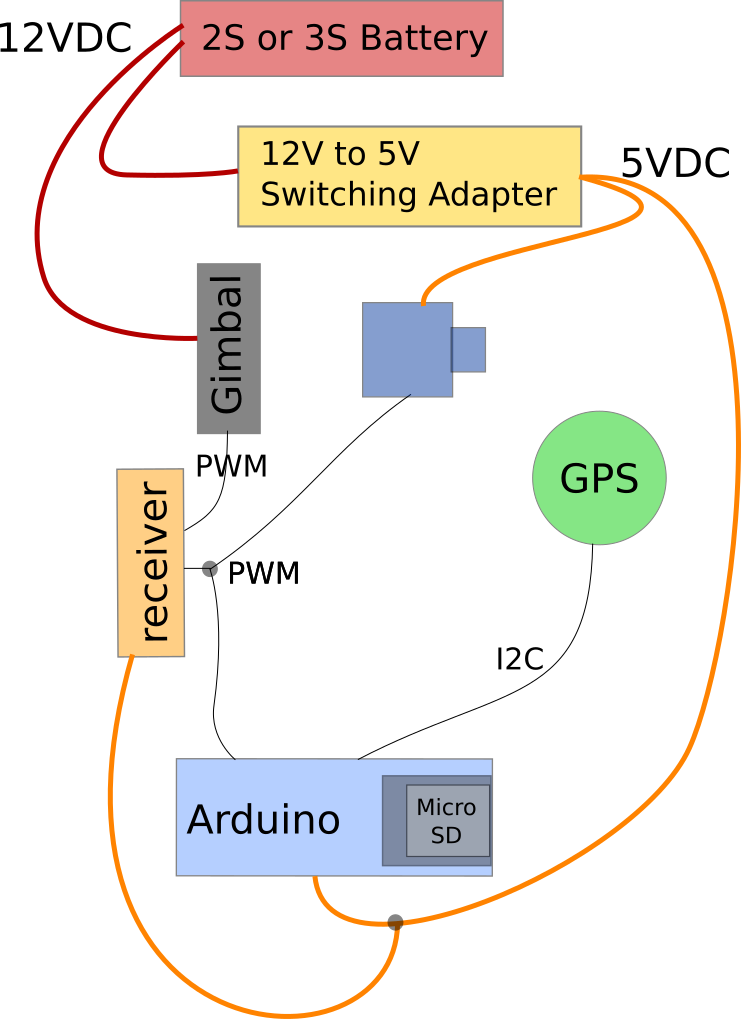 Before I go ahead and implement this, I wanted to ask around here is people had suggestions to simplify this or know of any other ways to get around this problem. Do you think this is feasible? Have you done something similar? I would appreciate any suggestions!