I completed a build of a Tarot 650 Ironman and have done two short test flights. I am experiencing random motor surge/twitch which makes the aircraft unstable. In a previous build I had the same problem. Once, during a waypoint mission, the aircraft suddenly went uncontrollable and fell out of the sky, destroying the airframe.

This quad is built with the following:

APM Power Module rated for up to 10S power 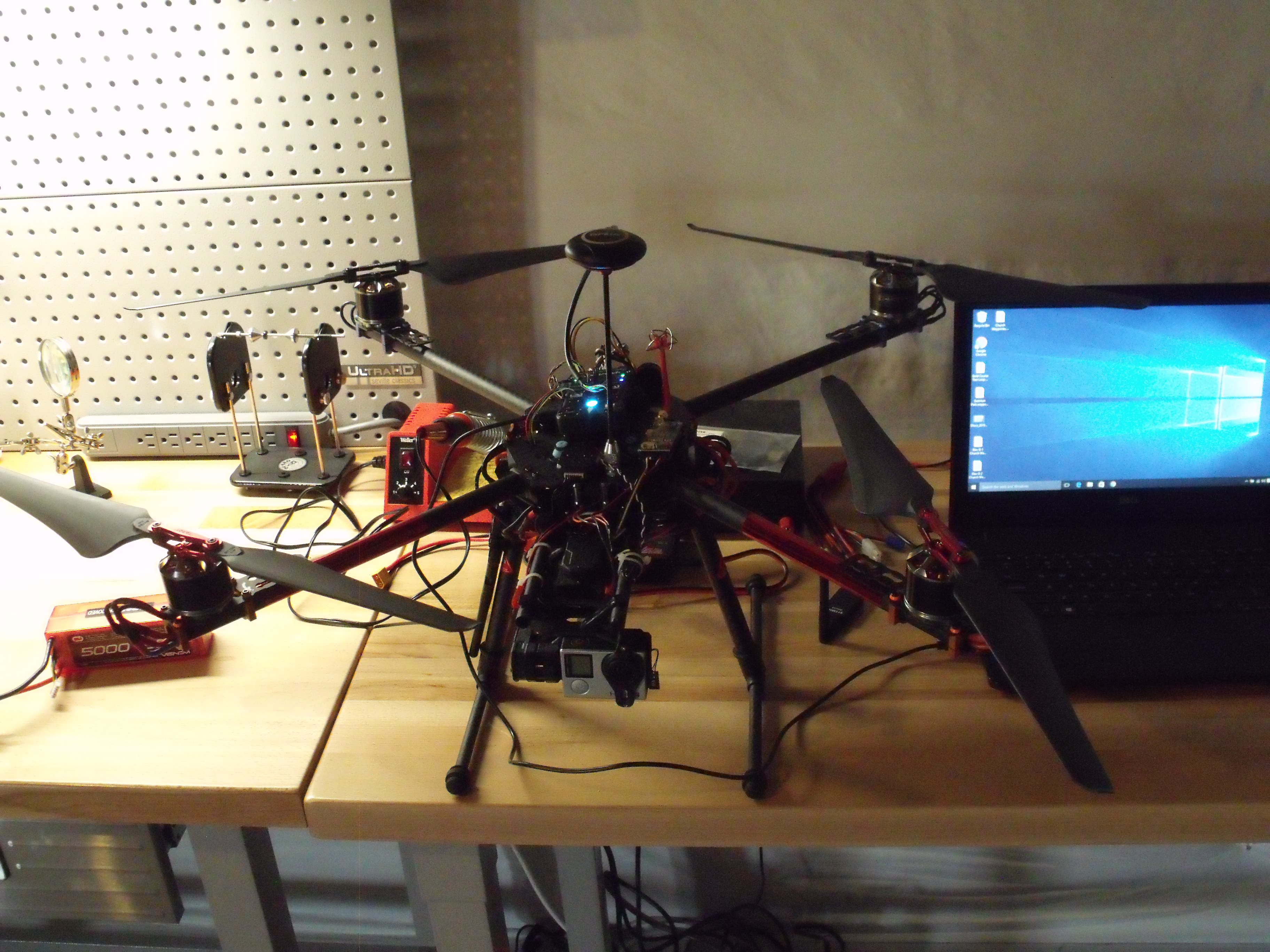 I have searched the internet for anyone experiencing similar problems - there were many who experienced this behavior but I found no consistent cause or solution.

The motors run fine when running the motor test in Mission Planner as well as doing the compass/motor calibration.  Yesterday, I removed the props, armed and ran the motors in my basement with no sign of twitch/surge, so I suspect the motors have to be under load, spinning the props.

Could I solve this problem by tweaking the PIDs? I fear trying to attempt an autotune flight due to the unstable characteristics of the aircraft.

I would appreciate any help I can get!

RT @chr1sa: Maybe we should have a mini @DIYRobocars race in our lower school's playground https://t.co/xLFeua1R6X
More…
Loading ...