Recently, here is a friend interested in the LiDAR point cloud and output image.

By default, CE30-C outputs a depth image and corresponding intensity data for each pixel in each measurement. Figure below shows the actual scene captured by normal grey-scale camera (upper), the same scene captured by CE30-C and showed through depth image (middle), and the point cloud based on CE30-C’s depth image (bottom, from the observation direct that a little higher than the CE30-C’s position). 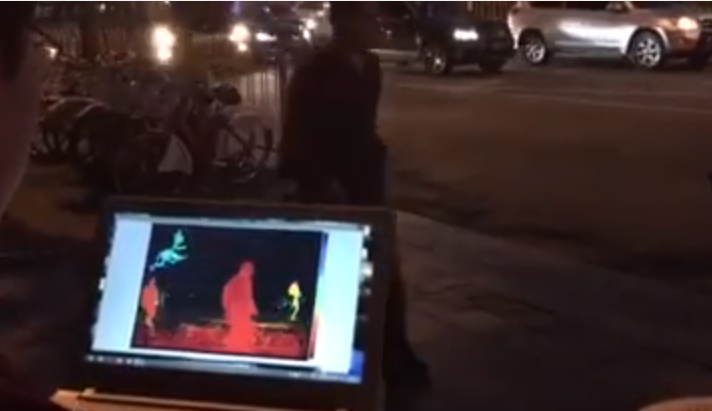 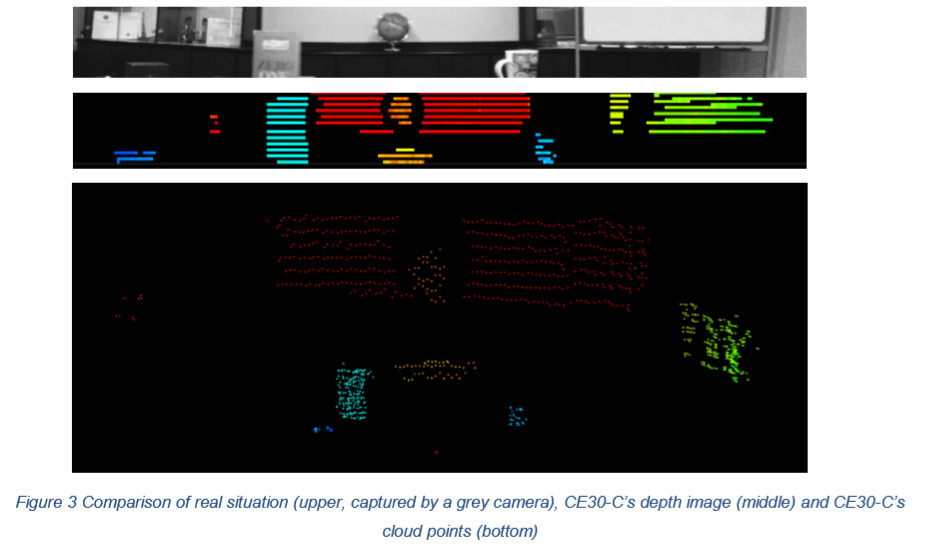