We'd like to ask the community to seriously consider a new quadrotor platform, a new concept really.

An Ultra-Light, inexpensive extended time aloft, quad-rotor Kit called Paper Drone.  It's not all paper, but 50% of it is.

The idea centers around a removable and reusable central Power Distribution Harness that is pre-wired with rotations configured for the quad-rotor airframe.

The Airframes are made of 'extremely' light polystyrene laminate, and a foam core.  Motors are mounted through nylon bushing inserts and against a load displacement plate.

THE ENTIRE AIRFRAME WEIGHS ONLY 12.5 OUNCES.

1. If you were to scale most UAVs to a human passenger scale, they would fail any reasonable weight and balance requirement.  Inversely, if you were to reduce in scale a an R44 to consumer quad-rotor size, it would never withstand a face plant at full speed, but instead would perform better and stay in the air considerably longer due to the reduced weight.

The Paper Drone concept is just that.  We make no apologies about the fact that our aircraft are designed to stay in the air, not bounce off the pavement.   Originally designed as a known factor in swarm research and our application fleet work, we've decided to make the airframe public.

2. SWARM AIRCRAFT SHOULD BE HARMLESS AND INEXPENSIVE.   This way we can offer an Airframe for only $65.    The reusable ALL-IN-ONE (4 ESCs and Power Distro Board and 4 motors)  is only $199.    A Kit of two Airframes, ALL-IN-ONE Power Harness and hardware is only $349.

3. Extended Time Aloft.   You're essentially only flying the weight of the motors, battery and payload.  Why add to it?  In our flight tests, we've increased our time in the air, by over 30% just by reducing weight and adding some aerodynamics to the forward flight portion of our missions.

4. MADE FOR PIXHAWK.  This kit is a tutorial in physical form.   Popular among schools and beginners for it's 'field deployable' features, essentially assembling with 3 Zip Ties and a handful of sided M3 motor screws. Try it out!   We'll throw in extra Airframes for our early users.  Let us know how we can help you become familiar with this platform. 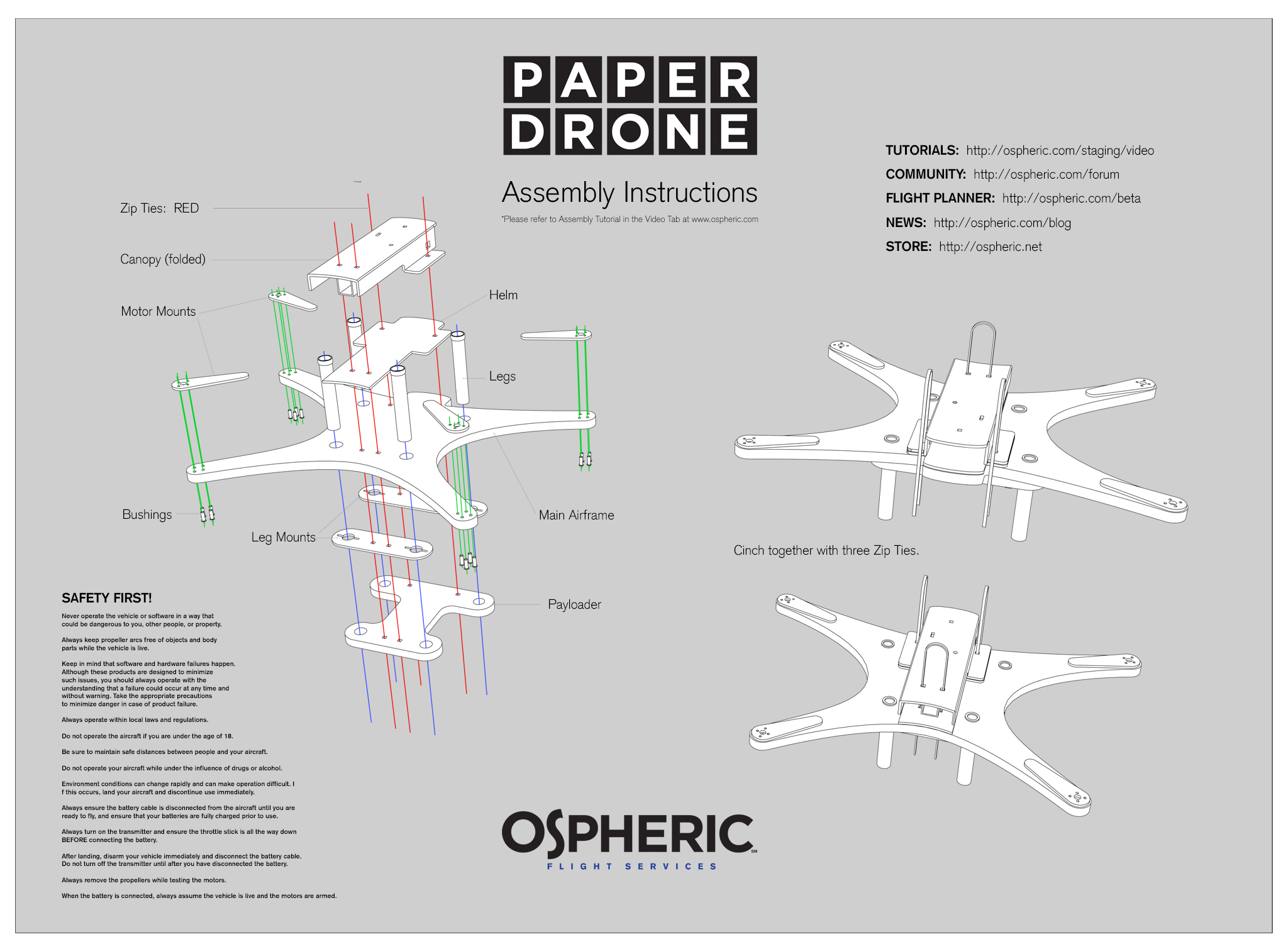 Thank you kindly for considering our design.