High-rise buildings are on fire, how to quickly fire and rescue? This worldwide problem is solved by the application of drones. 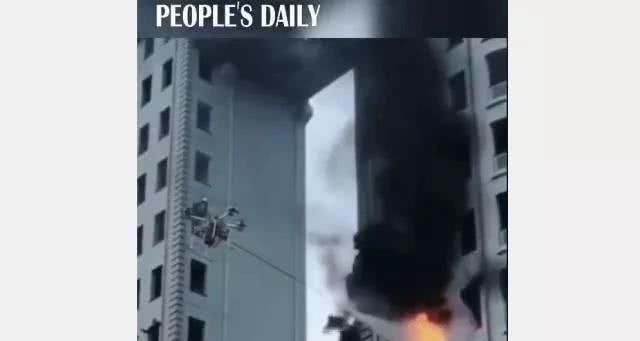 It can be seen from the video that the front end nozzle of the fire-fighting drone can be up to 4 meters long, which can not only solve the fire of the high-rise balcony, but also solve the indoor fire, basically achieving no dead-end fire.

According to the Beijing Evening News, in the past 10 years, there have been more than 30,000 high-rise building fires in China, with more than 500 deaths and direct property losses of more than 1.5 billion yuan.

High-rise buildings are often located in the prosperous areas of the city, with dense personnel, heavy traffic, narrow roads, and problems such as easy three-dimensional spread and difficulties in evacuating and escaping.

Traditional fire-fighting equipment and fire-fighting and rescue means face difficulties such as "not enough, can't get in, can't be opened, and can't be played". It is difficult to carry out effective rescue in time, which may cause property damage and casualties.

According to relevant information, the height of the high-class fire trucks equipped in China's mainstream is about 50-60m, and the spray height of firewater guns and water cannons is only about 50m, which is far from the super high-rise buildings.

The application of industrial drones has played an effective role in fire fighting and rescue. They can shoot at multiple angles, transmit video images in time, and accurately monitor the real-time situation of the fire scene.

Heavy-duty drones can also carry fire-extinguishing agents directly to the fire-fighting floor to carry out high-altitude fire fighting, which overcomes the difficulty of hard-to-reach fire trucks.

At present, fire-fighting drones are mainly multi-rotor drones. Multi-rotor drones are low-cost and are widely used civilian models. It is a special helicopter with three or more rotor shafts, which rotates the motor on each shaft to drive the rotor to generate lift.

The multi-rotor UAV has the advantages of maneuverability, vertical take-off and landing, air hovering, and in-situ revolving. It has no requirements for road traffic conditions and is suitable for operations in complex environments. They can quickly reach the scene of the fire in the event of traffic jams, saving time.

Multi-rotor drones can also significantly increase rescue efficiency. Their theoretical flight height can reach several kilometers, regardless of site conditions or building height. They can be lifted off along the vertical plane of the high-rise building, quickly reach the fire floor, and hover at any height to quickly extinguish the fire. 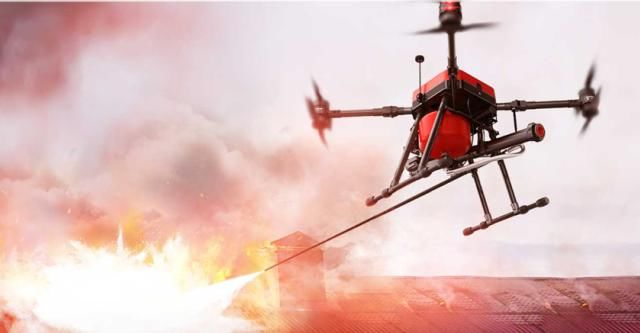 In addition to the development in the field of fire protection, MMC is also engaged in the development of the UAV industry in mapping, inspection, plant protection and other fields, and has multiple solutions for various industries.