I have been studying how exactly a tricopter works and I came across a problem that is not quite clear to me...

I understand that the tail rotor has to be slightly tilted for a specific angle alpha in order for the horizontal component Fx to counteract the unbalanced torques of the 3 propellers. However this Fx component of force F now causes that the sum of all forces is not zero - therefore the tricopter will constantly try to drift in the direction of Fx when trying to hoover!?
(see the attached sketch)

Am I missing something here or is my conclusion correct?
How is this problem handled? Do you constantly have to correct for this drift by rolling or is this effect negligible?

Thank you for any input! =) 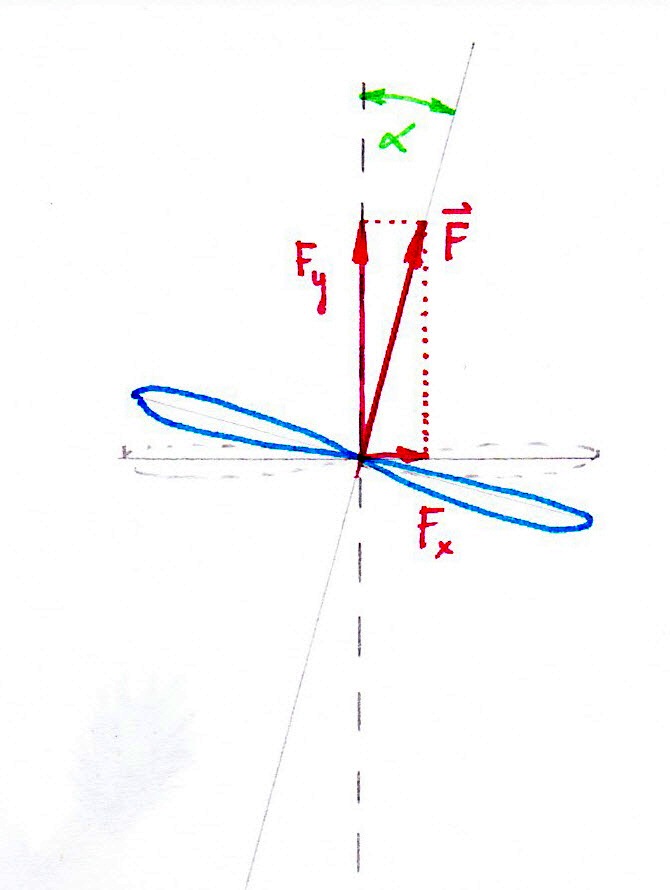