In recent years, the use of drones for terminal distribution has always been a major trend in the development of the industry. Many countries and enterprises are focusing on the development and application of drones in this field. Just last month, Google Brothers Wing announced that its drone delivery business was officially launched in the United States, which not only marked the opening of the U.S. drone transport commercialization era but also meant that after that, the US part Some residents of the area will enjoy the trendy service of drones for takeaway.

According to news released by Wing, it will mainly open drone distribution services for non-prescription drugs, snacks and health products to residents living in Fort Cristian, Virginia. At that time, the user only needs to use the mobile phone to place an order, and the delivery staff will wrap the goods and hang them on the hooks released by the drone. After the fixing is completed, no one will automatically fly to the destination and hover at the end. The order is completed in the form of airborne cargo. The whole process can be said in one go, very convenient. 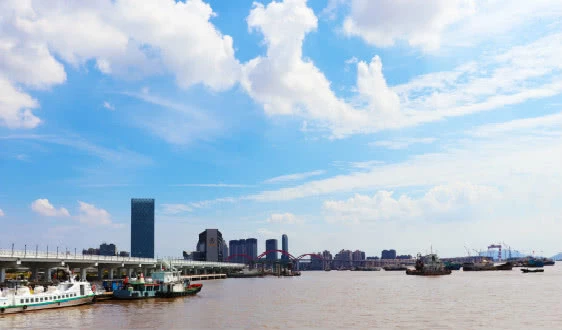 This can't help but make us feel envious, but when we come back to God, we also have doubts: When using drones to take delivery, can we come true in our country?

Before answering these questions, we first come to understand the development process of the UAV distribution service in the United States. In the United States, there are many companies that explore and try UAV distribution services. In addition to Google's Wing, Amazon, Uber, and so on. It is reported that Amazon and Uber have already planned to launch U.S. domestic drone distribution commercial services by the end of this year, but it is still a step slower than Google Wing.

As early as a few years ago, Google Wing actually opened the test of drone delivery in Australia, Finland, and other countries. In the Australian business, Wing delivers items such as food and cold medicine, as well as popular drinks such as coffee. According to statistics, the time for delivering coffee is usually no more than four minutes. A cup of coffee is always hot from the time of release to the customer, and the delivery test is very effective.

So in April of this year, Wing was approved by the Federal Aviation Administration (FAA) to conduct commercial cargo transportation operations in the United States. That is to say, before the opening of the U.S. drone distribution business era, its domestic enterprises have already carried out numerous tests and applications in many countries such as Australia. Because of the good results and achievements, the business has finally been promoted. Successful landing in the United States.

The reason why the whole process can be so smooth is inseparable from the reality of the United States itself. After all, whether it is for the United States or Australia, they are all sparsely populated countries. The impact of transportation distance, cost, labor, and other factors has led to a great demand for drone distribution. At the same time, the suburban environment of the Hirose drone also gave the drones more test space, making landing development and technology upgrades more convenient.

In contrast, China's demand for drone distribution is exactly the opposite of that of the United States, not from rural suburbs but mainly from cities. The large population and dense high-rise buildings in the city determine the difficulty of drone distribution. In the case that the technology of drone noise and the battery is not completely overcome, the distribution of drones into the city will bring convenience, as well as It will have a bad influence on residents' lives. Therefore, this determines that China's drone distribution service will not be able to land in the short term.

In addition, because China can only carry out drone distribution testing in the sea and other environments, the effects it exhibits are also biased in urban applications, and it is not as close to the test environment as Australia and the United States. It has also caused difficulties in the distribution of commercial drones in China.

That is to say, the reason why China's UAV distribution cannot be quickly commercialized is related to the backwardness of technology; on the one hand, it is not related to the test environment; on the other hand, it is backward with infrastructure, insufficient user demand, and insufficient industry legal norms. Perfect related. Any lack of points may cause difficulties in the delivery of drones in China.

In view of this, we want to open the commercial era of drone transportation like the United States. It is still unrealistic in the short term. We can only wait patiently until the above various problems have not been solved.