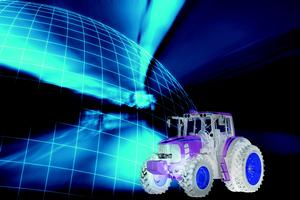 Patrico said manufacturers such as Kinze have developed tractor-driven grain carts that don’t need drivers to pull alongside a combine and load up with grain harvested from the field. With the flip of a switch, the combine driver tells the newly full grain cart to drive back to the edge of the field and unload into a semi. Meanwhile, said V. Philip Rasmussen, director of Western Region- al Sustainable Agriculture Research Center at Utah State University, some farmers are turn- ing to UAVs -– unattended aerial vehicles. He said these are remotely controlled aircraft that fly over crops and take near-infrared photos. He said the images serve as early-warning systems that show if something is wrong based on color bands, but he said it’s up to farmers to figure out what’s wrong, whether it’s lack of water to a por- tion of the field, insects or another issue.