Had a weird one a couple of days ago, and I can't quite work out why my quad did what it did ...

Basically a nice warm sunny day (usually rare for Scotland, although not his year), hardly a blip of wind (max 0.9 m/s recorded) and just plugged in a quick and simple 6 waypoint mision (100m AGL, no delays) with auto take off and RTL.

First flight went almost perfect, except I had the geofence set in to close, so it got out to 150m and then returned, but as you can see  it was a lovely straight flight. 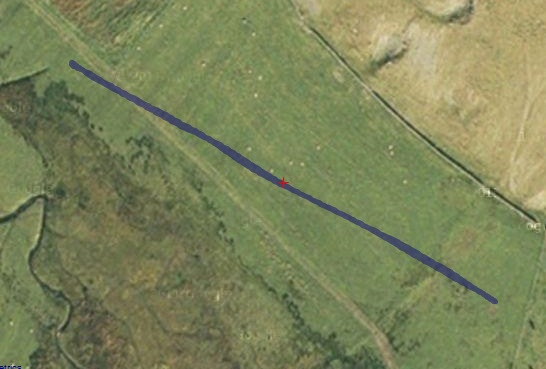 From take off the quad was lisiting to the left and started to circle, before I attempted an RTL (very briefly) and then got manual control.  I added a bit too much throttle whilst trying to orientate and breached the upper failsafe (120m), so it took control and went for another mad (and fast) spinny circle, before I got control again and managed to get it more or less stable for a slightly bumpy landing (I bent one of the legs).

To me that looks like a problem with the compass, although compass MOT etc had all been completed succesfully (14%) and the last time I had an issue like this was pre firmware V3.1.  Looking at the logs (see attached) the MAG values dont look too bad (at the start of the flight at least, before it started ramping up the speed whilst circling).  GPS seemed fine (7-10 sats, HDOP ~2), vibes maybe a little out but not massive (can only see them on the T-log, as IMU was not on).

Now one thing I didn't do was re-load the mission before the second flight, and when querying the T-log (attached) it can't give me what its waypoints are.  Plus if you re-play the T-log it does not show any waypoints (although querying the APM directly afterwards did give me the correct waypoints) ... this makes me think that something odd might have occured here, as though the APM was not quite configured, or in a bit of a limbo state or something?

Anyway, that is why I am a little stuck and just wondered if somone could take a peak at the logs to see if they can work out why it went nuts.