This user group has been created to support the integration of the Pixhawk Fire Cape and the Beagle Bone Black 4gb Development Platform with software development for the various autonomous vehicles.

of 3 Next
This reply was deleted.
E-mail me when people leave their comments –
Follow 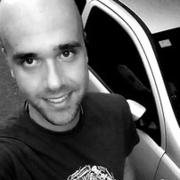 Setting up Debian for ArduPlane on Erle brain (BBB+PXF)

Hi guys, great to have this group :)My issue: I got hands on an Erle Brain (BBB+PXF). I've installed a Debian with a cape manager enabled kernel (4.1.x-ti), as well as bb.org-overlays and ArduCopter. All compiles ok. But ArduPlane fails on launch with "FRAM: Failed to receive Manufacturer ID 5 times".I believe I'm not loading the right cape? Could perhaps somebody explain /boot/uEnv.txt and what to set for:##Example… 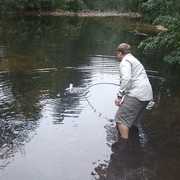 Getting your BBB up and running

I have finally figured out how to get the ERLE Robotics image below working on my BBB:https://mega.co.nz/#!6EcDRTZI!y-msWeHYUsTtWdLTYcq8XNIs2BWlpc8sFK5SiOB5ZlgThanks to Patrick at the ERLE forums for advising that this image disables the HDMI output and the Ethernet output (it does this to free up more CPU cycles to run the ArduPilot and other software).  This is why I wasn't seeing either.  It does however have a network connection via the miniUSB port (the same one you can power the BBB…