It's time to start using the Solo for why we bought it...detailed aerial mapping with a real camera.

So, we bought a GoPro-to-tripod mount and hung a Sony a5100 (with time-lapse app) off the bottom of the Solo: 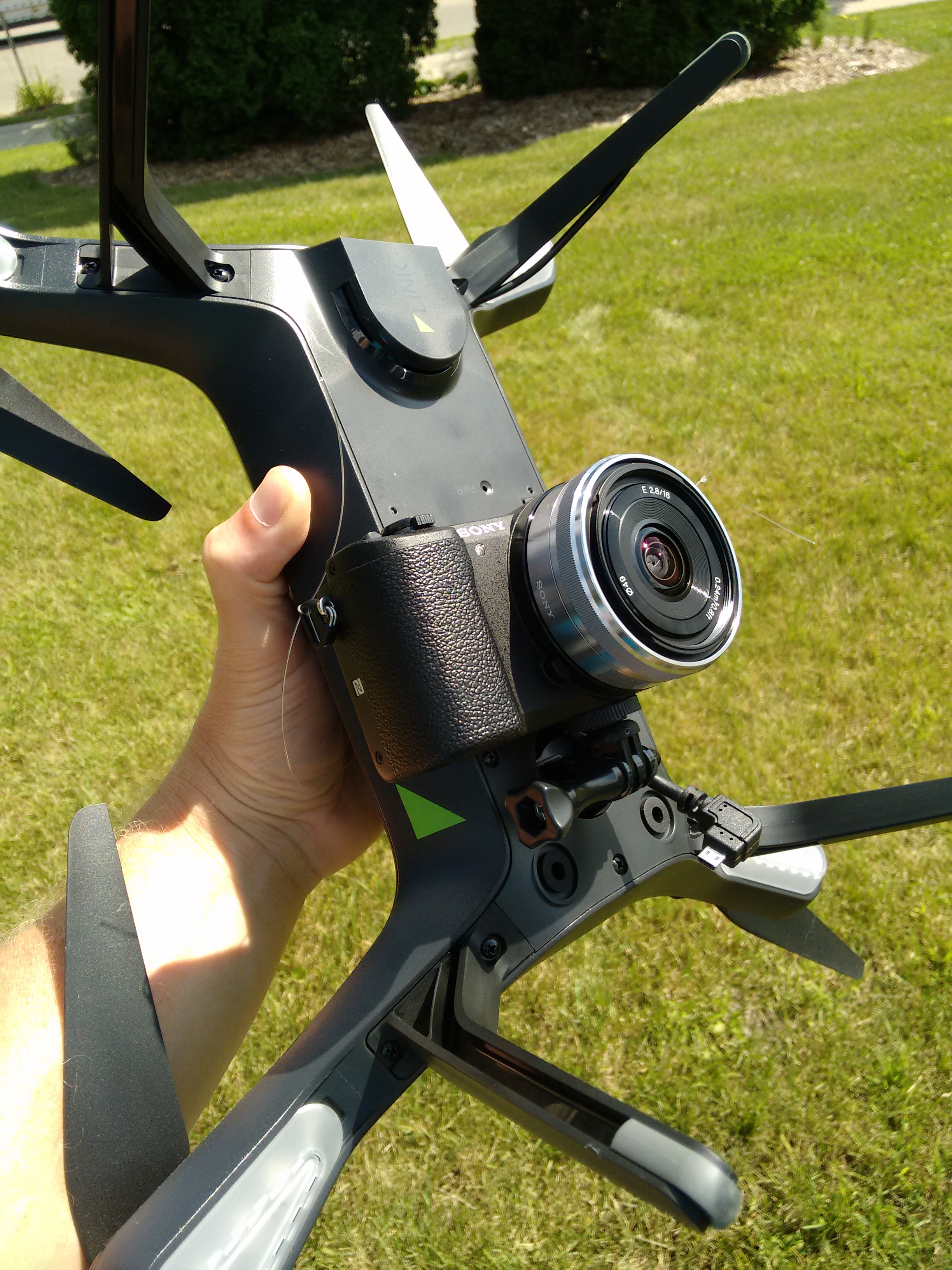 Was a little nervous about the security of the mount, so I added a nylon safety loop around the Solo (using fishing line in the photo -- didn't work as well). Should catch the camera if the mount fails. We had to tighten both the tripod screw and the GoPro mount screw fairly tight to keep the camera from moving (~250g). But, it works.

While the camera certainly took a toll on flight time as expected, I encountered one unexpected issue -- around 75% of the time, the camera causes a "magnetic interference" error with Solo. If I move the camera around (loosen the GoPro mount screw and swing the camera away and then back), I can mostly get the error to disappear. While flying there are no apparent issues with Solo orientation and flight.

Any thoughts on how to:

Anyone else experimenting with larger (non-GoPro) cameras?

I'll have Pix4d images from the combo to share soon.