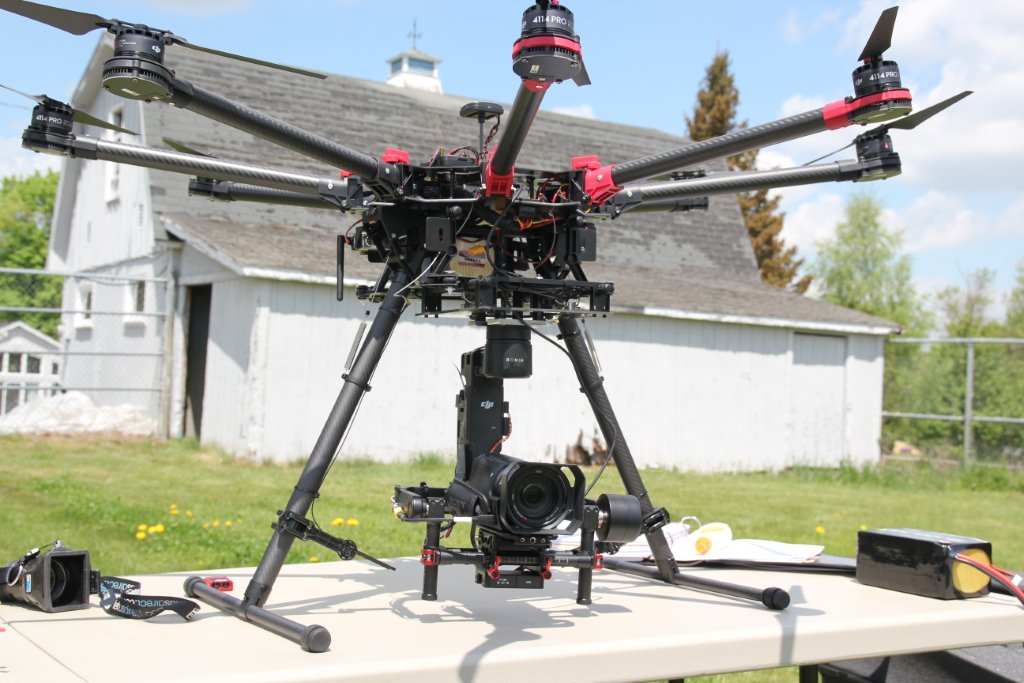 For the past several months we have been working closely with an infrastructure inspection firm to develop a multirotor system for them.  There were many goals, but COTS parts and cost were major drivers.  We decided to use a DJI S1000 frame but selected the 3DR Pixhawk controller.  We went with the Pixhawk for a variety of reasons, but flexibility was a primary consideration.  The ability to plan complex missions, geotag photos, and a variety of flight modes ultimately sealed the deal.  On the gimbal side we ended up using the brand new DJI Ronin-M.  Equipped with remotely controlled zoom, the Sony AX100 provides crisp 4K video as well as 20MP still photos (even while rolling video).  Mounting the Ronin was no small feat, requiring our dedicated fabricator to spend a few late nights in the shop.  On the downlink side, we used a Amimon Connex, sending 1080p footage at 60 FPS.  A Futaba 14SG provides flight control as well as camera control.

I must say, the S1000 is an impressive frame.  The performance with the Pixhawk running Arducopter 3.2 is staggering, especially when compared to the DJI A2 that would normally occupy this frame.  Youtube videos coming shortly!