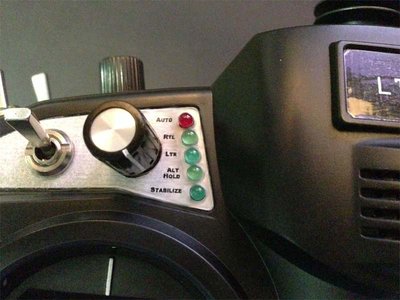 Hi All, This forum has been so helpful so I thought I would give back and contribute...
I was trying to understand how a previous poster on this forum actually did the 6 Position 2 Pole Rotary Switch Mod with LED Feedback. No where is there a write up on the HOW-TO for the LEDs but there is lots of information on the 6 Mode Selection.

Firstly, these posts below are great and have been very helpful.  I take no credit on the Mode Selection.  I just figured out the LED part is all.  ;)

Well, all that being said, I knew this is a MOD that I had to have and was not giving up on getting it done.

So let me show the Pictures.... and then I will explain some more. 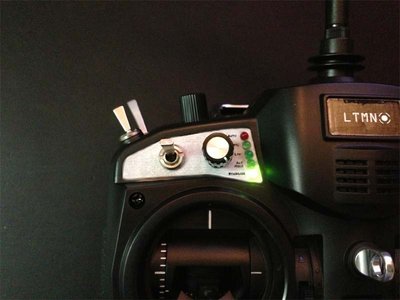 You might be saying to yourself, why is there only 5 LED's? Good question. If you look closely there is only room on the panel in my desired location for 5 LED's.

So I had two choices :
First, I could have a 6th Mode with no LED feedback/Indicator/Label
or
Second, just make a 5 Pos Switch and 5 Mode Selection with Labels

I decided to do the latter. I have limited space in my T9x as I have done many mods to it thus far. That being said, that was really the only location that made sense to me to put the LED's and I really don't think I will be using any more than 5 Modes at any given time. And yes, I made a custom Face Plate for the Switch (will explain later).

EDIT: And that when you calibrate your radio sticks/switches/pots, it will mess up your mode selects.  The following configuration will always work and never mess up by a calibration of the radio sticks.

Attached is the How-To-Guide

Here is the Wiring Diagram as well. 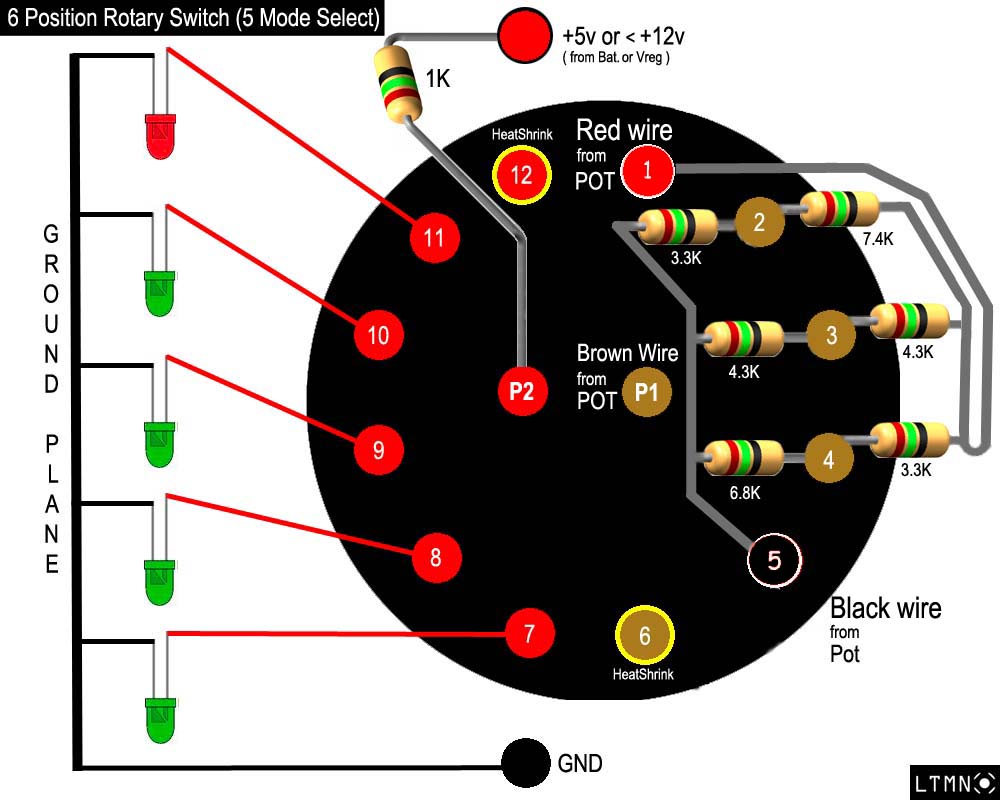