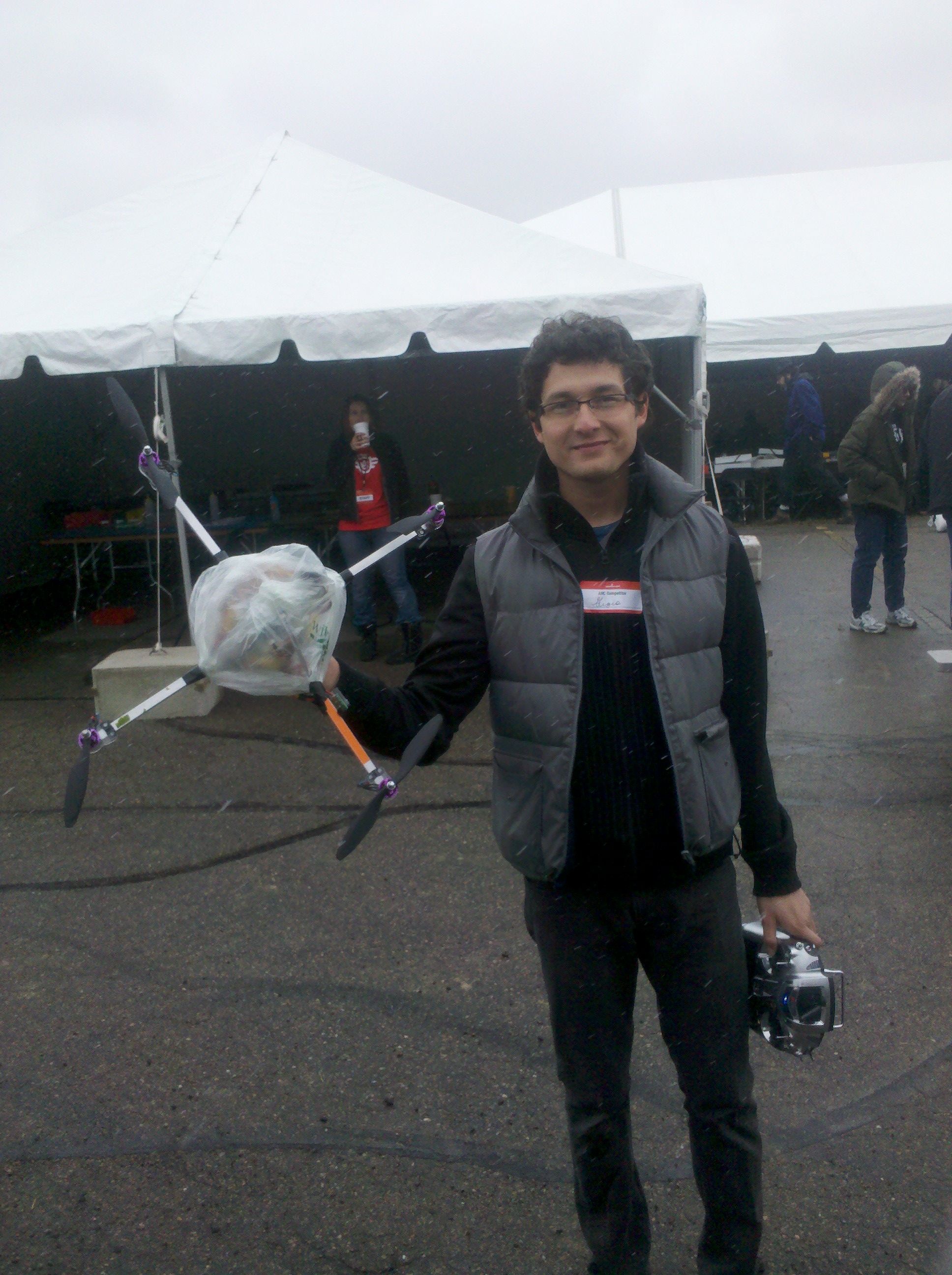 Heres a summary of Aerial Round 1:

The aerial heats started off with a blast as Team Lawn Dart one crashed into turn one's (familiar) tree shortly after an amazing auto-takeoff.

Team DIY- Drones equiped with Ardupilot  Mega auto had a great run with an auto-take off but unfortunately did not finish the run (hawk sky pic below).

Team Arducopter was the first entry and had a smooth and dramatic run, making  the first three corners well. Almost surely, the copter was going to make it home, only to be caught by an aggressive tree (!!). Too bad, it was well on its way to the finish line (qaud pic below).

Defending champion Antonio flew his zagi around the course with speed and grace.He will be a tough beat this year with his custom autopilot. 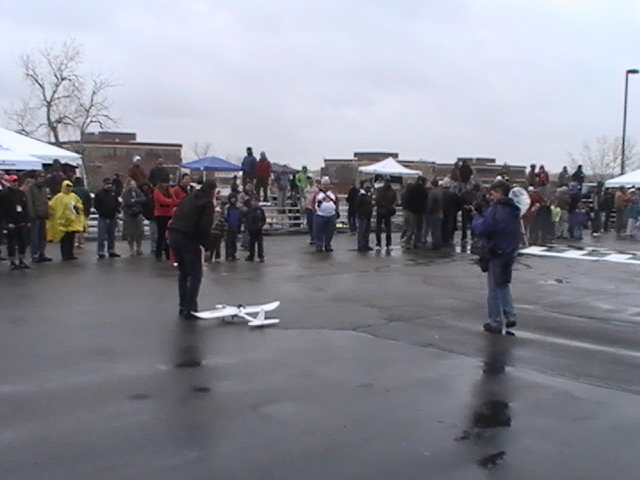 Arducopter pilot and principal Arducopter Mega coder, Jason Short, had the most dramatic aerial flight thus far. He started very well, clearing spectators and three corners, at times just barely. On approach, the arducopter took off to a high altitude and due to the winds, drifted and then descendsed behind the gov't contractor Northrop Grumman building. After the crowd gasped, surely expecting the worst, the quadcopter reappeared , came back and to the happiness of all, landed safely.Way to go Jason!