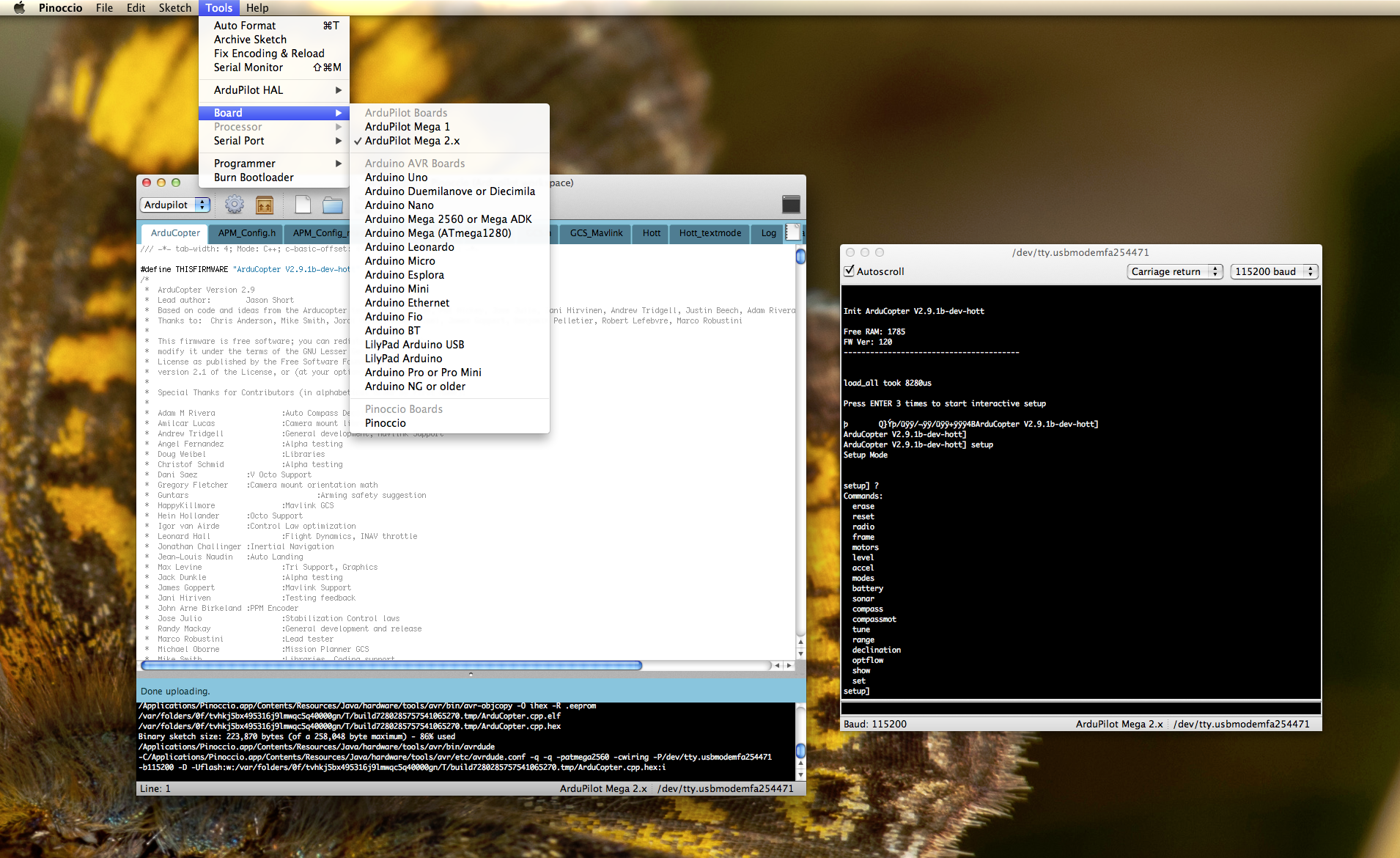 I have been working on a fork of the Arduino IDE for use with the Pinocc.io project. With all the improvements I have made, it became my default go to for any Arduino code uploading, so it was inevitable that I would bake in ArduPilot HAL as well!

My current focus is on the OSX build, but I am fairly sure it will build alright on windows, probably wont look too great until I focus on that.  I wanted to remove the ugliness from the IDE and improve the UX.

The main big thing that I added was the concept of "Workspaces", this allows you to maintain completely separate sketchbooks for each of the platforms. Right now I have them hardcoded, but I intend to make it configurable via a new preferences window I am about to start on.  The workspaces currently are Arduino, Ardupilot and Pinoccio.  These default to ~/Documents/{workspace name} such as ~/Document/Ardupilot.

I integrated the HAL classes that Pat Hickey worked on with the community fork of Arduino, and adapted them to work within the new 1.5.x setup. 1.5.x introduced platforms.txt, which makes the whole thing a lot simpler.  The ArduPilot HAL menu is enabled if you select an ardupilot board from the boards menu. This allows you to build standard, or coreless for the HAL codebase. (just like the community fork does).

This is very much alpha quality code, I am no java developer, but apparently I am more of one than the original authors of the Arduino IDE ;)

I would love feedback on this, also if there are any feature requests, please let me know (preferably via ticket on github!)