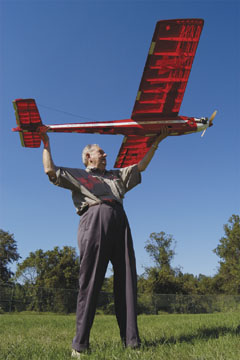 The Washington Post reports the death of Maynard Hill an inspiration to so many in the sUAS world. Our condolences to his family

Maynard Hill, a designer of model airplanes who secured a spot in aviation history in 2003 when one of his creations flew 1,882 miles across the Atlantic Ocean on less than a gallon of fuel, died June 7 of prostate cancer at his home in Silver Spring. He was 85.

A balsa-and-glue virtuoso, Mr. Hill was a legend in the model-aircraft world even before his first-of-its-kind transatlantic feat. Beginning in the 1960s, he set a total of 25 world records for speed, duration and altitude, flying his radio-controlled aircraft as high as 26,990 feet, as long as 38 hours and as fast as 151 miles per hour.