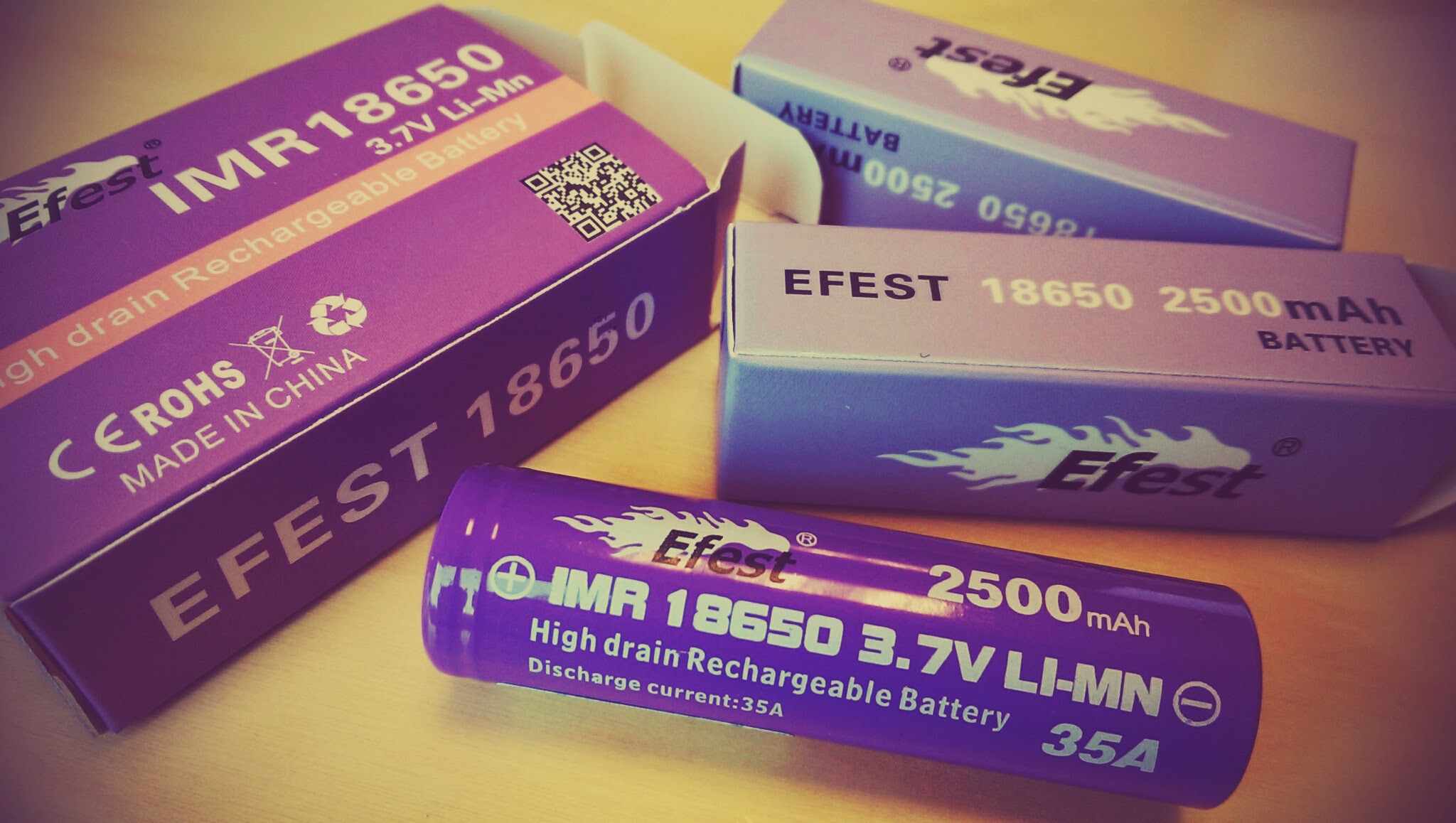 Technology is often driven by request and demand, and while the drone community is growing rapidly, the number of people trying to quit smoking is probably a bit bigger. Along comes the E-Cigarette and with it, comes a demand for high current high capacity batteries - at low prices. I recently stumbled across such batteries (EFest 18650) that promised a 35A constant discharge and a capacity of 2500 mAh for as little as 6$ a piece in a shop that sells E-cigarettes and E-juice.

That sounded good, and while I don't smoke, I thought it would be fun to put two in my delta wing and see what it did to my flight time compared to my normal 2 cell 1300mAH lipo.

I charged the batteries using my lipo balancer and made sure they charged to the nominal 4.2 volts. I then constructed a small pack using a cheap holder for such batteries. The connectors and wires in the holder were, let's just say not that good, so I replaced them with something thicker to make sure no voltage drop was induced by poor quality. 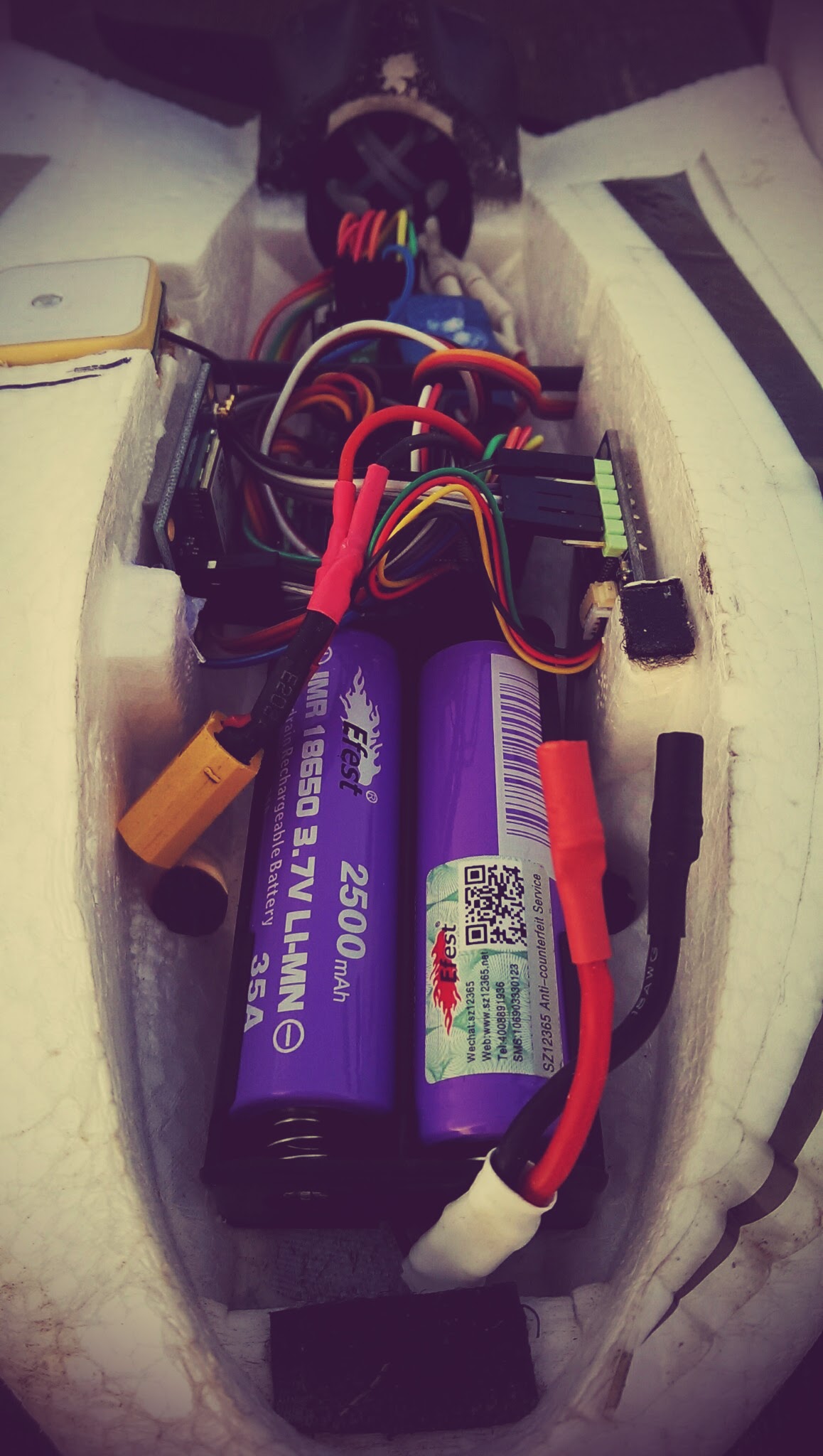 I normally fly the delta with a small 1300 mAh lipo 2 cell, and at low cruising speed i usually get approx. 18-20 minutes of flight time.

I started out with my normal lipo, and got 18 minutes and 50 seconds worth of flight.

Then I exchanged the pack for the EFest 18650 battery pack. With a promised 2500 mAh capacity, I expected to get at least 50% longer flight time (accounting for the approx 30 grams extra weight of these batteries). Sadly, I only got 15 minutes and 16 seconds! Thats worse than the half capacity 1300 mAh lipo!

I'm not the first to try out 18650 type batteries - mygeekshow.com made a nice test some time back - so why was I not getting same results?

After a recharge, I discharged the batteries and measured the capacity - I got 2040 mAh when discharging at 0.5 C, not 2500 as advertised. Further more it turned out that due to the low internal resistance of the batteries, the more power you draw, the more effect is lost as heat in the batteries - so at and amp draw of approximately 3-4, you end up only getting 1000 mAh of power - hence actually getting shorter flight times than a much smaller lipo.

I guess the lesson learned here is that these types of batteries are best in parallel, where the amp draw is distributed between several batteries AND you get what you pay for :-) For now I thing I'll stick to my lipos...

Most posts here are success stories and it's always very inspiring to read what others have accomplished - I would certainly love some feedback from others who've had experiences - good or bad - in using these types of batteries.